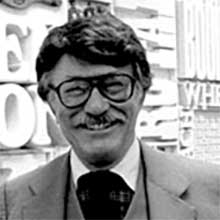 A child of the Bronx, Lou Dorfsman, b. 1918, went to public schools and graduated from Roosevelt High School in 1935. He wanted to attend New York University and study bacteriology, but during 1935, in the heart of the Great Depression, the $300 tuition was simply too much. Lou took and passed the entrance exam for The Cooper Union for the Advancement of Science and Art, a highly selective school, where he received a four-year scholarship that covered all of his costs. He went on to graduate with the school’s highest honors.

Dorfsman met his wife, Ann Hysa, while attending The Cooper Union, as well as lifelong friend and collaborator, Herb Lubalin. He held 11 jobs during and after school, and from 1943 to 1946, he served in the US Army, where he won first and second prize in the National Army Arts Contest.

Lou Dorfsman joined CBS during 1946 after leaving the Army. Dorfsman was attracted to CBS because of its high graphic standards. For 41 years, he worked at CBS, shaping every aspect of its design and advertising. He became the Art Director of CBS Radio during 1951, five short years after joining CBS, and graduated to Creative Director of the CBS Television Network during 1960. Dorfsman was appointed Director of Design for CBS, Inc. in 1964, and he became Vice President and Creative Director of the CBS Broadcast group in 1968. Alongside William S. Paley and Frank Stanton, he shaped every aspect of their advertising and design, from their award-winning advertisements to the look of the convention floor to the appearance of Walter Cronkite and the CBS Newsroom. Dorfsman played an integral role in the Golden Age of Broadcast Television. In 1978, Dorfsman became Senior Vice President and Creative Director for Marketing Communications and Design for the CBS Broadcast Group. Milton Glaser called him simply “the best corporate designer in the world,” a testament to the beauty and strength of his ideas, which still resonate with designers of all ages.

Perhaps his most ambitious and audacious project, Lou Dorfsman considers the wall of type that graced the CBS cafeteria, aptly titled the “Gastrotypographicalassemblage,” his magnum opus. The wall, which spans 35' and is 8'6" tall, was Dorfsman’s vision and the result of his creative genius. Unveiled to critical acclaim; each individual letterform was made of wood, hand milled and skillfully assembled. After 25 years, the wall was removed from the CBS cafeteria and placed in storage. (The Center for Design Study undertook the wall’s complete restoration in 2007.)

The Art Director’s Club, of which Dorfsman is a past president, honored him through the years with 13 Gold Medals and 23 awards of Distinctive Merit for outstanding work in print and television advertising, packaging, film titling, book design and direct mail. He won two Clios and five 50 Ads of the Year. During 1978, The Art Director’s Club inducted Lou into the Art Directors Hall of Fame.

He was the recipient in 1984 and 1989 of an honorary Doctorate of Fine Arts from the New School of Social Research and the Long Island University, respectively.

Interestingly enough, after witnessing Ann and Lou’s marriage, Herb Lubalin married his wife, Sylvia Kushner, on the same day during 1940. Lou Dorfsman resided in Great Neck, New York with his wife of over 6 decades, Ann Hysa. He died in 2002. 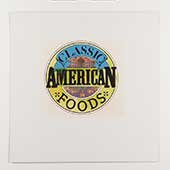 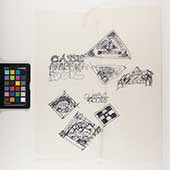 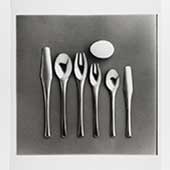 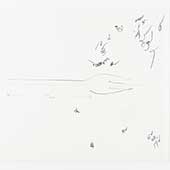