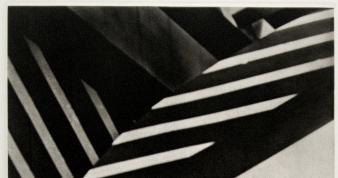 An Appreciation of Photogravure

Though photogravure, by its very name, is considered a modern photomechanical process, its origins date back to the early days of illustration printing. Artists of the late 15th century discovered that the lines of a design could be scratched, engraved – and later – etched onto a polished metal plate – typically copper. The recessed lines of the plate were filled in with ink, the surface was wiped clean, and then the plate was brought into contact with dampened paper under high pressure to produce an illustration. Known as intaglio printing, since the ink-bearing part of the plate is engraved below the surface, this technique was used by artists such as Albrecht Dürer to produce highly detailed and exquisitely refined images. The development of the aquatint process in the latter years of the 18th century allowed artists to add delicate tones to their intaglio illustrations. Copper plates were first covered with a fine dusting of powdered acid-resistant resin or asphaltum, heated to form a reticulated, irregular pattern (or grain) of minute, acid-resistant islands on the copper surface, and then etched. Fine detail was added with an etching needle or a graver, and then the entire plate was inked, wiped, and printed.

The final component necessary for the invention of the modern photogravure process was the discovery in the 19th century that images from real life could be exposed and recorded onto a grained copperplate. After etching and printing, the resulting photogravure image is endowed with a continuous-tone effect so convincing that only close comparison can distinguish it from the original photograph. Moreover, the darkest shadows have a depth, saturation, and velvety quality unmatched by any other process. Though the same plate could be used over and over to produce an edition of prints, the photogravure process could never compete with other photomechanical processes such as letterpress and lithography for commercial work. It was simply too time-consuming. Thus, its use was largely confined to specialty journals, fine limited editions, and portfolios of prints.

Eventually, methods were developed to mechanize the photogravure process while still preserving the essence of its tonal superiority. Machine gravure, or rotogravure as it was sometimes called, became an important publication technology in its own right. While this exhibition is devoted primarily to the hand-printed photogravure, a number of examples of rotogravure (and a fuller explantion of its technology) are represented here, as well, including one whole section devoted to some of the most famous photo books of the 20th century. A more detailed technical explanation of photogravure and its technology, as well as the full texts of all the labels can be found in the accompanying exhibition guide booklet. But first, enjoy this exhibition for its the beauty of its images alone and discover why it has been said that a photogravure print is endowed with a luminosity unequalled by any other process.