Stephen O. Saxe was a founding member of the American Printing History Association 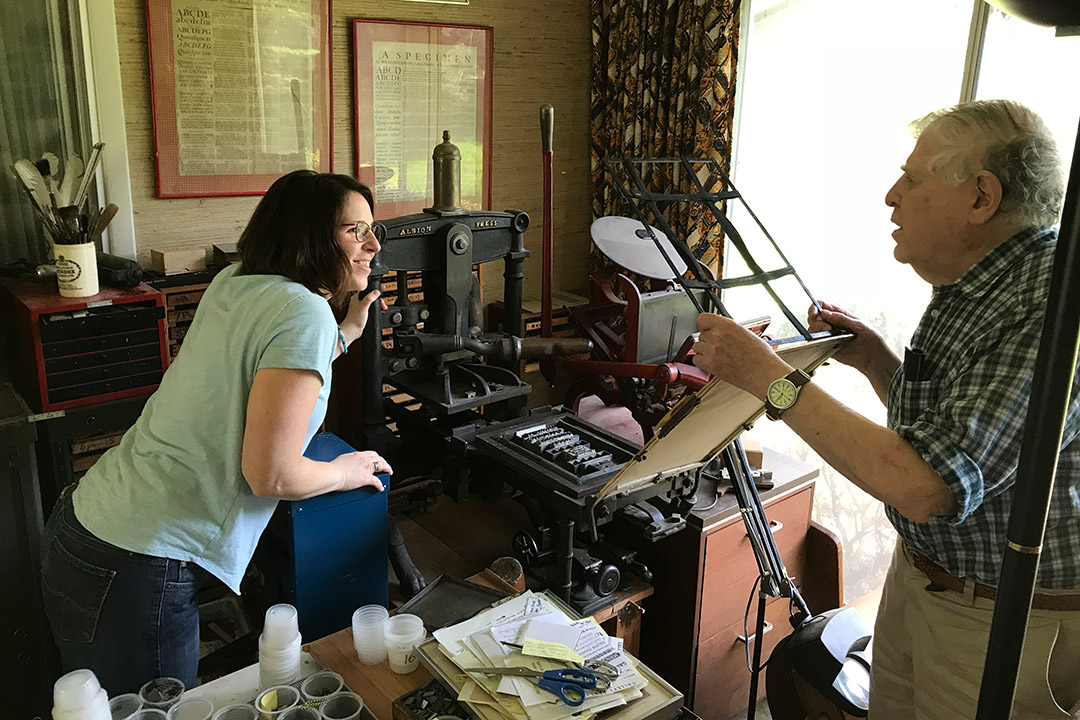 The Cary Graphic Arts Collection at Rochester Institute of Technology has received a donation of books and printing equipment from the estate of a noted historian of typography and early printing technologies.

Stephen Saxe was an expert on American type foundries from the 19th century and a founding member of the American Printing History Association. His contributions to printing history set the standard for contemporary scholarship, according to Amelia Hugill-Fontanel, associate curator of the RIT Cary Graphic Arts Collection in the RIT Libraries.

The Stephen O. Saxe Collection includes rare books; printed ephemera, such as catalogs, unbound printed leaves, and business correspondence relating to printing history; as well as metal printers’ type, presses, and other printing equipment. The donation is valued at $274,000.

“Mr. Saxe was an avid collector of the foundries’ early type specimens, and the original type that was cast by these foundries in the 19th and early 20th centuries,” Hugill-Fontantel said. “These additions broaden our resources as an internationally recognized archive on graphic arts history.”

Saxe was a friend of the Cary Graphic Arts Collection­­—one of the leading American rare book libraries that collects materials on typography, type design, and the manufacture of type. He selected the Cary Collection to preserve his books and archival papers, and his metal type collections. Executors of Saxe’s estate, the Horton Family (Karen, James, and Sara Horton), made the donation on behalf of their friend and established the Stephen O. Saxe Endowed Research Award in his memory. The annual research grant will support scholars and students conducting research in typography, printing processes, or related areas.

“I believe that Saxe’s collections combined with the extant typographic holdings at Cary, make this one of, if not the best, rare book library on the subject of American Type Specimens in the world,” Hugill-Fontanel said. “These additions have deepened our holdings on the topic, especially for rare and ephemeral typographic advertisements from the 19th century. Few libraries hold similar paper documents, but even fewer make a commitment to preserving the industrial printers’ type like the Cary Collection does.”

The Cary Graphic Arts Collection supports education across the RIT curriculum from art and design and liberal arts, to engineering and science, as well as intersecting with area colleges, schools, and community groups. Saxe’s collection will directly support typographic study in RIT’s College of Art and Design and programs such as graphic design and visual media that teach typography, Hugill-Fontanel noted.

The gift from the Stephen O. Saxe estate is another contribution to Transforming RIT: The Campaign for Greatness, a $1 billion university fundraising effort.