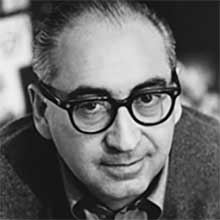 Saul Bass (1920-1996) enjoyed a storied career as a graphic designer, whose corporate identity work for companies such as AT&T, Bell Telephone, Esso, and United Airlines provided them with some of the most memorable brand recognition of the 20th century. His film titling work and poster design for Hollywood’s greatest studios and directors, however, earned Bass a unique place in American graphic arts.

Born in the Bronx, Bass’s passion for drawing and illustration appeared early in life. He studied at both the famous Art Students League and at Brooklyn College, where he came under the influence of Gyorgy Kepes and the full sweep of Russian Constructivist typography and Bauhaus design theory. Though he found some opportunities in New York as a freelance graphic artist, his greatest success came after moving to Los Angeles in 1946.

His major breakthrough came by way of a commission from the film director Otto Preminger, who asked him to design the titling sequences for “Carmen Jones.” Bass transformed an otherwise tedious but necessary preamble to the movie into an exciting, anticipatory experience for theatre viewers. More commissions from other directors soon followed, including Billy Wilder (“The Seven Year Itch”) and Robert Aldrich (“The Big Knife”). Then came the film that firmly established his reputation, Preminger’s “The Man with the Golden Arm,” with its still dazzling sequences and memorable cutout image of the addict’s arm. Other famous films bearing Bass’s edgy and graphically arresting touch included Hitchcock’s “Vertigo,” “North by Northwest,” and “Psycho”; Kubrick’s “Spartacus” and “The Shining”; Scorsese’s “Goodfellas” and “Casino”; and Speilberg’s “Schindler’s List.”  Though Bass claimed to have directed Janet Leigh’s shower scene sequence in “Psycho,” most sources credit him only with helping to prepare the storyboards.

Bass also directed the science fiction/horror film, “Phase IV,” and designed posters for the 1984 Los Angeles Olympic Games and for the Academy Awards celebrations from 1991-1996. His most memorable quote was, “Symbolize and summarize.” 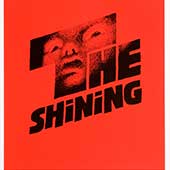 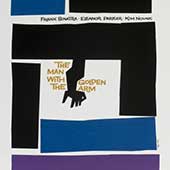 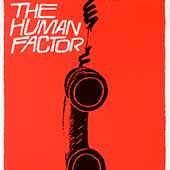 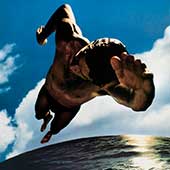 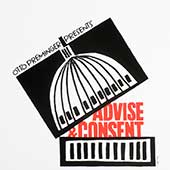 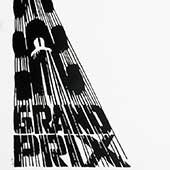 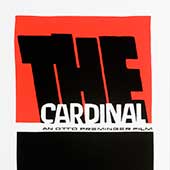 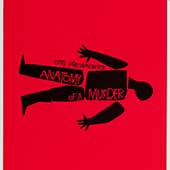