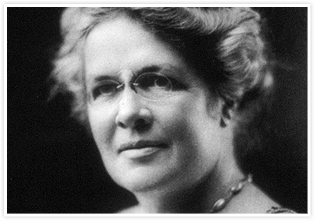 Kate's career began at age eleven when she started helping her father, William, in his machine shop after her older half brother died from typhoid. By fourteen, Kate was the company bookkeeper and in 1884 she became the first woman to enroll in the Mechanical Arts program at Cornell University.