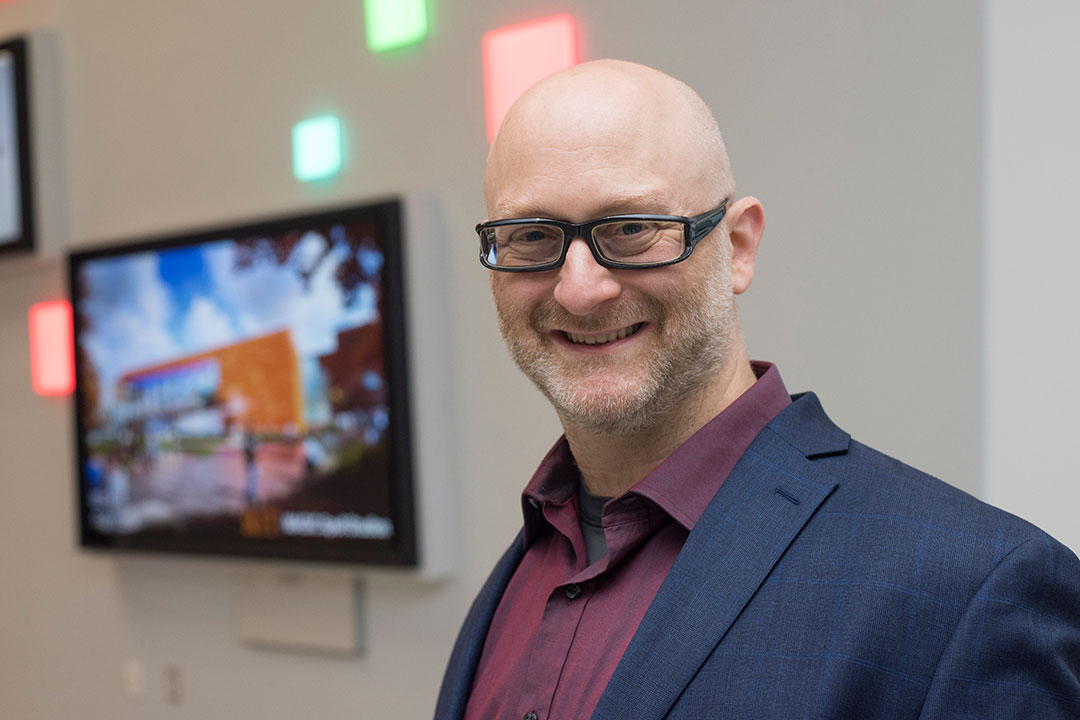 Owen Gottlieb, Ph.D., is an associate professor in the School of Interactive Games and Media in the Golisano College of Computing and Information Sciences. Gottlieb’s expertise is in games and digital media for learning. His research and design work traverses multiple fields including religion, history, education, media studies, communications, anthropology, dramatic writing, and software development.

Gottlieb collaborates with numerous scholars at RIT and other universities and has created numerous opportunities for undergraduate and graduate students to be involved in RCP research and design projects.

Professor Gottlieb’s work has been supported by the National Endowment for the Humanities, the National Science Foundation, and The Covenant Foundation. His creative and scholarly works been featured at the Smithsonian American Art Museum (SAAM) Arcade and numerous national and international festivals and events.