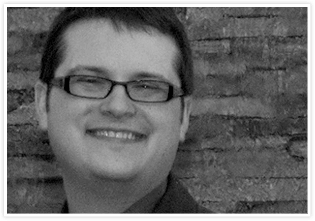 Just about any time you navigate through the internet, you encounter John Resig's work, whether you know it or not. John Resig is the creator and maintainer of the jQuery JavaScript library. He has also contributed to numerous other JavaScript libraries including Processing.js, Env.js, Sizzle.js, and QUnit. He is the author of the books Pro JavaScript Techniques and Secrets of the JavaScript Ninja (due in bookstores this summer). He works as a JavaScript Tool Developer for the Mozilla Corporation and is currently located in Boston, MA.

Resig attended RIT's Golisano College of Computing and Information Sciences from 2002 to 2005 for a degree in Computer Science, focusing on databases, with concentrations in economics and psychology. During that time he was a resident of the Computer Science House, and he was named 'House Member of the Year' during his sophomore year. He had the opportunity to work with Professor Ankur Teredesai on data mining instant messaging networks and published two papers on the topic. Additionally he worked with Professor Jon Schull on exploring new ways of encouraging real-time online collaboration. The opportunities that RIT presented, both through learning from fellow students in Computer Science House and from professors, has greatly influenced John's ability and desire to continue learning throughout his career.

jQuery is a fast and concise JavaScript Library that simplifies HTML document traversing, event handling, animation, and Ajax interactions for rapid web development. Created in 2005 by John Resig while he was still a student at RIT and released as an open source library January 2006, jQuery has continued to grow and become a dominant part of modern web development, used in over 27.5% of all web sites (according to Builtwith.com). jQuery is used by major corporations like Microsoft, IBM, Google, AOL, and Amazon and fellow open source projects like Wordpress, Mozilla, Drupal, Django, and Rails.