More than 425 eclectic performances and displays planned Sept. 14-25 in Rochester 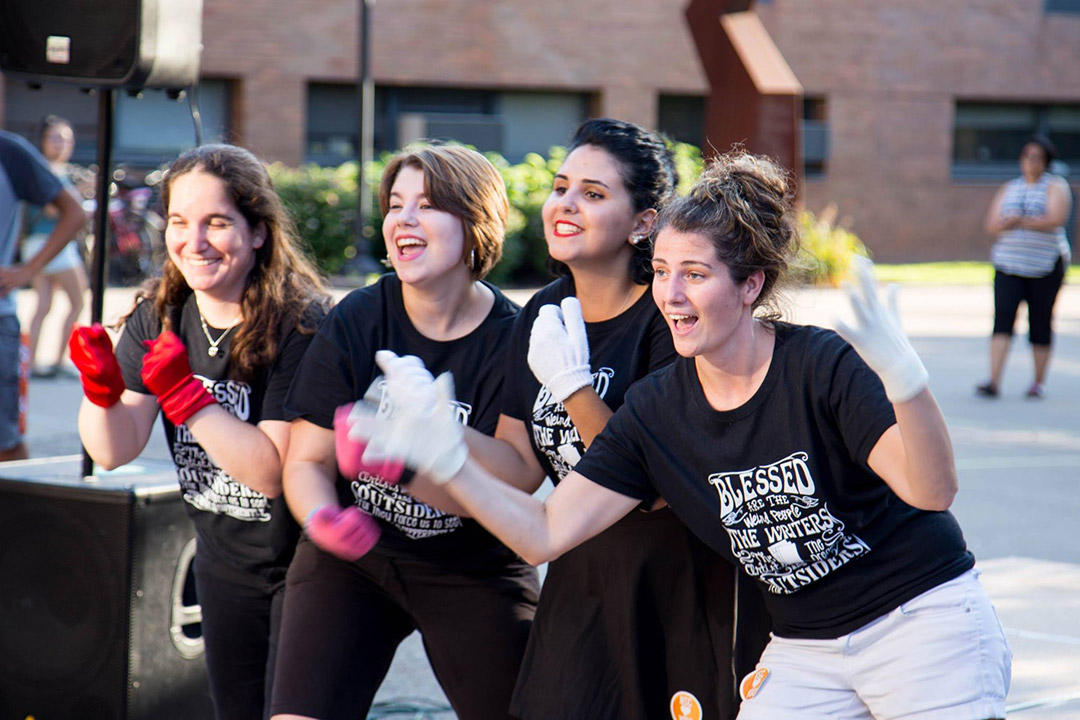 Members of Dangerous Signs will perform ‘Into the Light,’ a celebration of coming out of the darkness of the COVID-19 quarantine and back into the light of live performance, during this year’s KeyBank Rochester Fringe Festival, which begins Tuesday and continues through Sept. 25 in downtown Rochester.

More than 425 eclectic performances, 55 which will be online, are planned during the 12-day festival. More than 120 of the festival events are free, including all of the 24 RIT performances and exhibits, most of which will be held at Little Theatre #1, 240 East Ave.

RIT also is a major educational sponsor of the community collaborative event. The festival is a celebration of the performing and visual arts in more than 24 venues in downtown Rochester, featuring world-renowned performers as well as up-and-comers.

In 2020, the festival was held virtually due to the pandemic, with 170 performances.

This year, all performers, participants, staff, volunteers, and festival-goers 12 years of age and older will be required to show proof that they are fully vaccinated in order to attend indoor performances and events during the festival. Vaccine status will be checked at the doors to indoor venues.

“For a decade now, RIT students, faculty, and staff have been able to share their talents with the Rochester community,” said Lynn Rowoth, associate vice president for community relations and special events. “We’re grateful the Fringe festival provides the opportunity to bring people together to enjoy the arts in a wide range of venues.”.”

Learn more about the RIT offerings at this year’s Fringe Festival (* denotes interpreted):

For a complete schedule of RIT Fringe events (and notations on interpreted performances) as well as the shuttle schedule and map to and from RIT, go to RIT's Fringe Festival website or contact RIT Assistant Vice President of Special Events Lynn Rowoth at 585-475-7408 or lynn.rowoth@rit.edu.