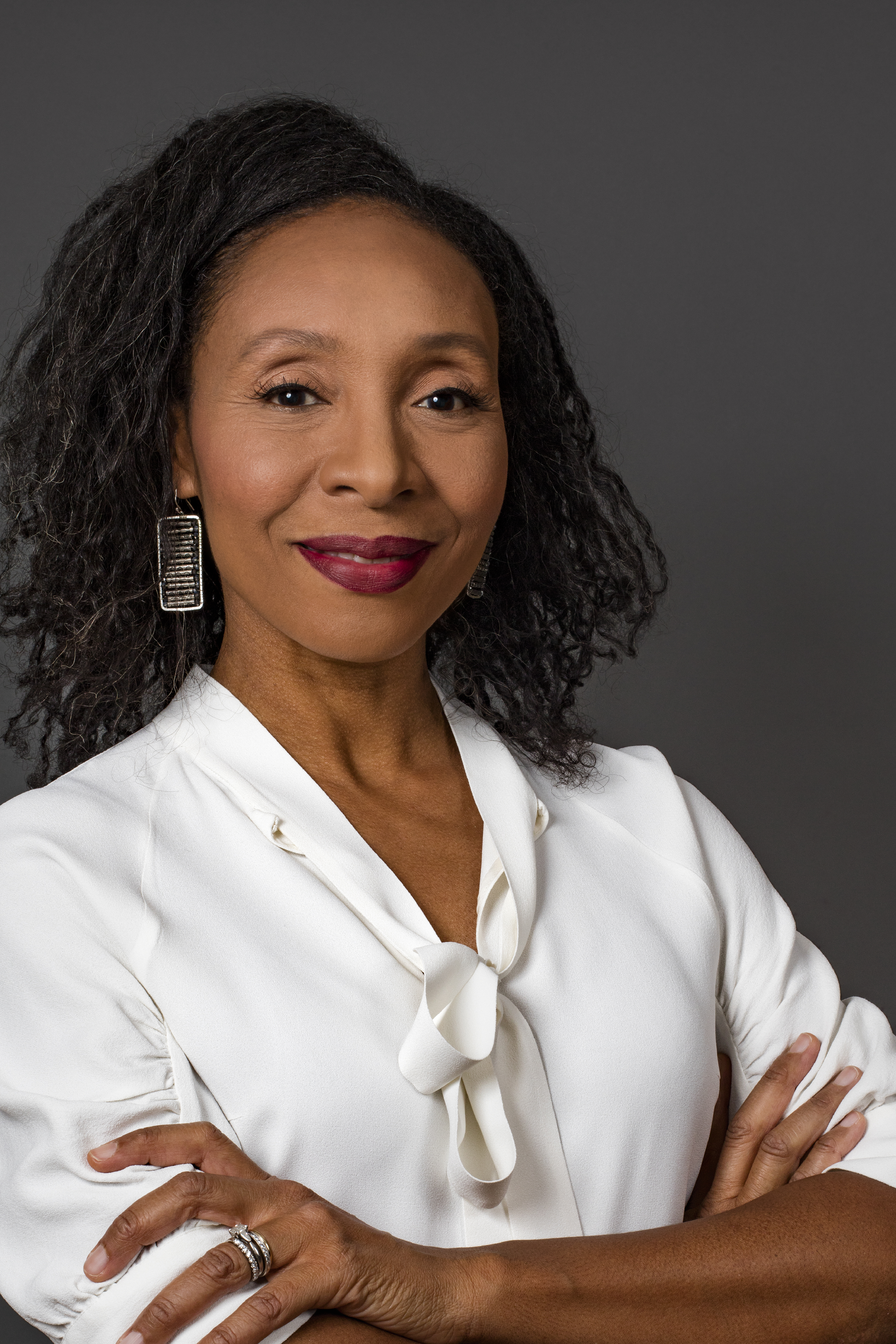 (Featured Above: Natalie Nixon) The Vignelli Center maintains robust lecture series, exhibitions and other programs that bring esteemed designers and professionals from around the world to RIT. Below is the Vignelli Center’s 2019-20 event schedule:

The Vignelli Center’s Design Conversations lecture series features six lectures by professionals from various areas within the design industry. Each lecture is scheduled to begin at 7pm via Zoom for the RIT community. A video recording of each lecture will be rebroadcast to a global audience via Design Milk the following week. 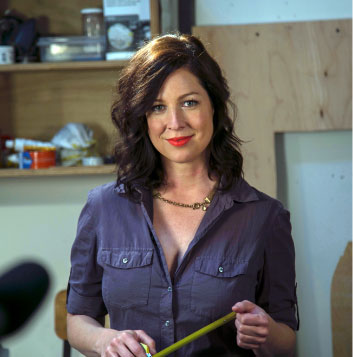 Devers is an artist, designer, maker, host/producer of design-related media, and Emmy Award-winning television personality. A book smarts + street smarts double threat; Devers is armed with both formal education and practical hands-on experience. She holds an MFA in furniture design from the Rhode Island School of Design, has done a major stint as a chief prototype fabricator and machine shop foreman, and has spent years as an independent designer/builder of furniture, art and interiors. A fine artist as well as a designer, she has exhibited internationally in galleries and museums. 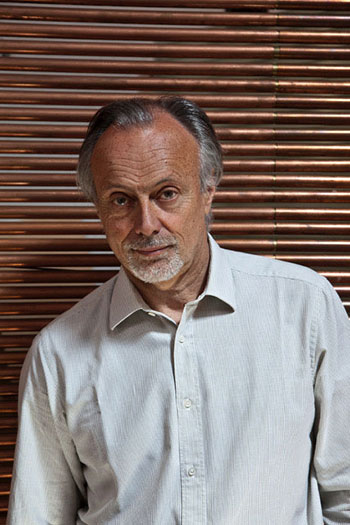 Based on the author’s books Analogy and Design and Drawing Analogies, the lecture presents a drawing method for moving directly from the study of a precedent to a design proposal based on ideas derived from that precedent.

Using freehand drawing as the principal tool, several case studies related to objects, buildings, urban contexts, and natural landscapes are examined.
The method proposed is based on four distinct drawing phases: observation, analysis, abstraction and analogy. While observation and analytical drawings are part of the typical academic curriculum of an architect or a product designer, less explored are the phases of abstraction and analogy: abstraction refers to a subjective interpretation of the precedent in formal or conceptual terms; analogy entails a new project proposal inspired by the precedent, applied to a hypothetical context more or less similar to that of the precedent itself.
Practical applications of the four phases drawing method are further analyzed by presenting a series of projects developed by the author along with the referents on which they were based. 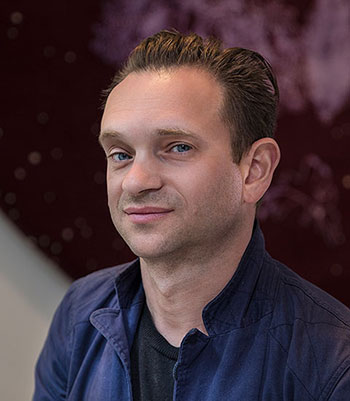 Evan Snyderman is the owner and co-founder of R & Company, a gallery in New York dedicated to the promotion and preservation of 20th and 21st century design. R & Company is considered one of the most prominent and groundbreaking design galleries in the world and contributed to creating a renewed global interest in collectable design through their research, exhibitions and publications program. The gallery represents some of the preeminent historical and contemporary figures in the design world, including Wendell Castle, Greta Magnusson Grossman, The Haas Brothers, Joaquim Tenreiro, David Wiseman and Jeff Zimmerman. Since 1997, Snyderman has curated exhibitions, contributed to multiple publications and lectured internationally on interior and industrial design history as well as the current market and trends for fairs and institutions which include SUNY Purchase, Parsons The New School for Design, Design Miami/Basel, The Museum of Arts and Design (NY), The Museum of the City of New York and The Aldrich Contemporary Art Museum. 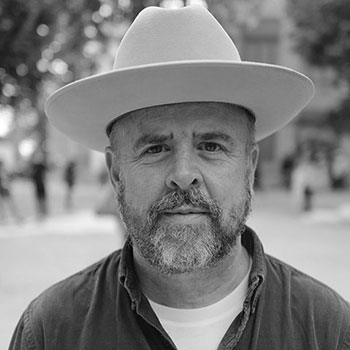 Hustwit is an American independent filmmaker, photographer, and vice president of Salon.com. He is best known for his Design Trilogy of documentaries, which examines the impact of European and American trends in graphic design, typography, industrial design, architecture, and urban planning. He told Dwell magazine, "I like the idea of taking a closer look at the things we take for granted and changing the way people think about them, whether it’s type or objects or whatever."

Hustwit is producing a new book of portraits of Massimo Vignelli. These images will be exhibited at RIT by the Vignelli Center as part of the 10th Anniversary events.  His presentation will be about documenting significant designers. 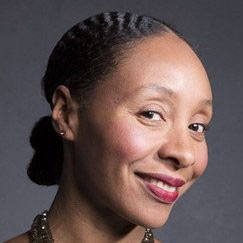 Natalie Nixon, PhD changes lives through ideas. She is a creativity strategist who happily integrates wonder and rigor into her life and work. She converted a 16-year career as a professor into a successful consulting practice. At Figure 8 Thinking, LLC she advises leaders on achieving transformative business results and accelerating value by applying creativity and foresight. Clients have included Comcast, Bloomberg, Citrix and Living Cities. Natalie incorporates her background in anthropology and fashion, as well as her experiences living in Brazil, Israel, Germany, Sri Lanka, and Portugal to help her clients become more dynamic versions of themselves. She’s the author of The Creativity Leap: Unleash Curiosity, Improvisation and Intuition at Work; the editor of Strategic Design Thinking: Innovation in Products, Services, Experiences, and Beyond; and a regular contributor to Inc. magazine on creativity, design thinking and the future of work. Natalie’s board experience includes: Trustee of Vassar College; The Philadelphia Art Commission; Leadership+Design; and the Arts & Business Council of Greater Philadelphia Chamber of Commerce. Natalie earned a BA (honors) in Anthropology and Africana Studies from Vassar College; an MS in Global Textile Marketing from Jefferson University; and a PhD in Design Management from the University of Westminster in London. She is also certified as a Foresight Practitioner by the Institute for the Future and is a Fellow of The Royal Society of Arts. She lives in Philadelphia, PA with her husband, John Nixon.

Requests for interpreting and access services can be made through myaccess.rit.edu.

Each lecture is scheduled to begin at 7pm via Zoom for the RIT community. A video recording of each lecture will be rebroadcast to a global audience via Design Milk the following week. 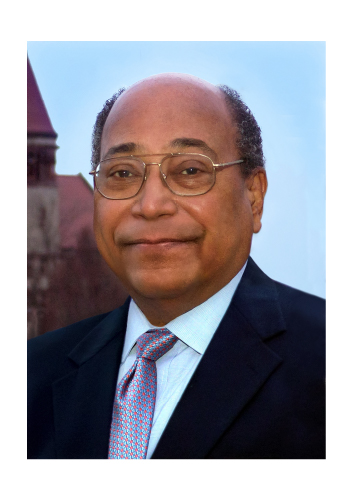 Noel Mayo is a designer and educator, and is owner and president of Noel Mayo Associates, Inc., the first African American industrial design firm in the United States. Noel received a B.F.A. Degree from the Philadelphia College of Art, where he later taught and served as chairperson of the Industrial Design Department. During the tenure, the department grew by three hundred percent, from ninth to the third largest department in the college (now University of the Arts). In 1989 he was named the Ohio Eminent Scholar in Art and Design Technology at the Ohio State University, a program designed to attract nationally and internationally known scholars to further strengthen outstanding academic programs that deal with compelling statewide and national issues. At Ohio State Noel taught product, interior and graphic design. He researched accelerated learning processes using music, color, relaxation techniques interactive computers and video. Noel has developed brochures and videos directed toward recruiting African American and other minority students while at the same time establishing a directory of minority professionals in industrial, graphic, interior, and architectural design. He has been instrumental in establishing minority mentoring programs in the IDSA, SEGD, and Ohio State University. Noel retired from Ohio State University in 2018. He served on the board of the University of the Arts and was a fellow of the Interior Design Council of Philadelphia. He has served as board member of the International Design Conference at Aspen, the Fairmount Park Art Association of Philadelphia, and the Society for Environmental Graphic Design. He has been a juror for the National Endowment for the Arts Panel, the New Jersey Council for the Arts, and the IDSA annual design awards. He served as the president of the Philadelphia Economic Council, as well as the Greater Philadelphia Community Development Corporation, a commissioner of Philadelphia Art Commission, and serves as an advisor to Metrobank of Philadelphia. He has designed telephones, seating, desks, lighting fixture, offices, stores and restaurants. He has worked on the design of exhibits in Seattle, Chicago, Philadelphia, Lagos, Barcelona, Casablanca, and the 1964 New York World’s Fair. Since the 1960s, he has enjoyed a relationship with Lutron Electronics; designing a majority of their products, and guiding their aesthetic and functional direction. Notably, he designed Nova, the first linear dimmer for commercial application. He designed Attache, Credenza and Versaplex which were selected for Industrial Design magazine’s 1977 Design Review. He designed two homes for Lutron’s CEO and their two office buildings. Lutron’s design sensibility is recognized around the world. 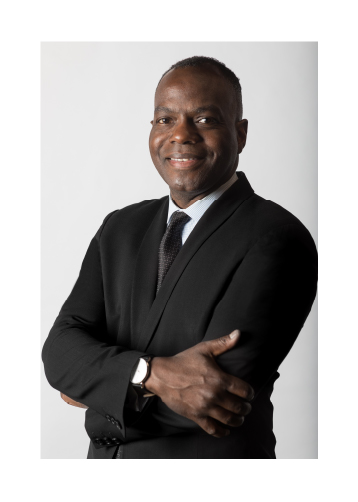 Milton S. F. Curry is Dean and Professor at the University of Southern California School of Architecture; and holds the Della & Harry MacDonald Dean’s Chair in Architecture - positions he has held since 2017. Dean Curry is an academic leader and an accomplished scholar and designer. He has edited and co-edited six serial volumes of Critical Productive Journal and Appendx Journal; and has authored influential essays and articles related to architecture, urbanism, race and cultural theory. Dean Curry worked at the offices of KPF Architects prior to establishing his own design practice, MiltonCurry ProjectStudio - where he worked on built projects in New York and Ithaca; unbuilt projects in Oakland; and exhibition projects including his works in the 2004 Studio Museum in Harlem exhibition on Harlem. He has organized symposia and conferences at Design Miami, Zona Maco Mexico City, and at academic institutions such as Cornell and University of Michigan. Dean Curry believes in public discourse on architecture and culture and has been cited and published in Deem Journal, Architect’s Newspaper, Huffington Post, Detroit Is It, Architectural Record, Archinect, Architect, and other venues. Dean Curry has lectured and contributed to panels widely, most recently at Princeton University, Columbia Buell Center, University of Nebraska Lincoln and the Venice Biennale. Dean Curry recently was selected to deliver the inaugural annual meeting address at The Architectural League of New York’s 138th Annual Meeting. Dean Curry obtained his Master’s in Achitecture degree with distinction from Harvard Graduate School of Design in 1992 and his Bachelor of Architecture degree from Cornell University in 1988. He has held teaching positions at Arizona State University, Cornell University, Harvard Graduate School of Design and University of Michigan Taubman College of Architecture and Urban Planning. At Cornell University from 1995-2010, Dean Curry taught seminar and lecture courses on architecture theory, undergraduate and graduate design studios; from 2002-2008 he held the position of director of the Cornell Council for the Arts. At Harvard GSD Dean Curry taught an urban housing design studio. At University of Michigan from 2010-2017, Dean Curry taught seminar and lecture courses on architecture and urban theory; and was associate dean for academic affairs and strategic initiatives - overseeing new master’s degree programs in urban design and technology, new high school enrichment program and space in Detroit, and an A. W. Mellon Foundation funded multidisciplinary research initiative on egalitarianism and megacities. Dean Curry is committed to the innately democratic project of the American university and believes that the architecture thinking is critical to the academy’s role in advancing contemporary discourse on cultural inclusion and social impact.