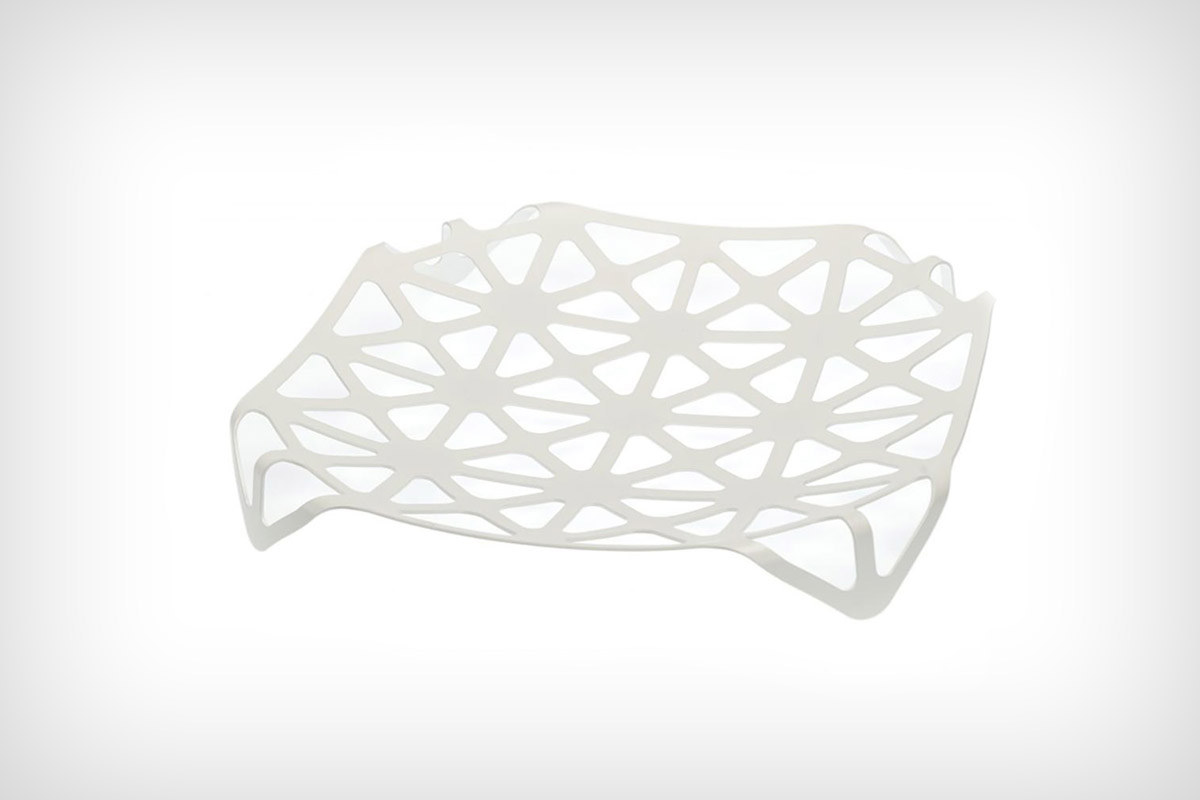 Alessi was founded as a “workshop for the processing of brass and nickel silver sheet metal, with the foundry,” and developed into one of the leading “factories of Italian design.” Nearly a century has passed since Giovanni Alessi established the company in 1921, and from that time it has continuously excelled in its fabrication of high-quality products.

“Alessi’s mission is now one of translating its quest for the most advanced cultural, aesthetic, design, and functional quality into mass production. Designer products are the result of the constant reconciliation of art and industry, of the “Immensity of Creative Potential” and the needs of the market. The company is committed to a design approach in which the most advanced expression of international creativity is always balanced against the desires of the general public. Alessi has been described as a ‘Dream Factory,’ which uses its products to make people’s dreams come true, providing them with the Art and Poetry that they seek.” – Alessi

Back in the 1970s, Alessi started its transition from design to project development as it began to collaborate with external designers. Among the list of iconic design, collaborations are the creation of the Trellis tray by Scott Klinker.
Klinker designed and developed the Trellis fruit tray with Alessi and the final product was presented in 2012. His interest “in remixing the categories of industrial design, architecture, and sculpture” acts as the driving force behind his approach to form. Klinker explored the concept of a pattern as structure during the design of the Trellis. This idea gave way to the fabrication process. A square metal sheet is perforated with a laser-cut pattern and then deep-drawn to form the tray. A singular, triangular shape with rounded corners is continually rotated 90 degrees in order to create the pattern. This pattern divides the square sheet along diagonals, where it can be bent to construct the feet. “This arrangement maintains clean visual contours without interrupting the design.”

Trellis exemplifies the incredible potential in the balance of design and sculpture.

“The best forms are not conceived in the mind, but discovered with the hands.” — Scott Klinker

Furniture designer, artist, and educator Scott Klinker heads the graduate 3D design program as designer-in-residence at the renowned Cranbrook Academy of Art, where he also received his MFA in 1996. His work there builds on the Cranbrook tradition of modern design — searching for new forms to address our changing needs.

After gaining years of experience in a corporate setting as an in-house designer at Ericsson and as senior staff at IDEO, Klinker led a product design program at Japan’s Kanazawa International Design Institute in 1999. There, he founded Scott Klinker Design Studio, where he developed licensed designs for furniture, household goods, and toys. In 2001, he moved his studio to Cranbrook. His interests in new materials, digital fabrication, modular systems, and new typology for living spaces has led to collaborations with design companies that share these passions. Some of these companies are Alessi, Herman Miller, Steelcase, Burton Snowboards, and Fab.com.

Klinker’s outstanding achievements as a designer and an educator have been acknowledged through numerous recognitions. A few include being selected by Fortune magazine as one of the top 25 products of the year for his Space-frame Builder’s Kit, being featured as one of Newsweek’s annual “Design Dozen” selection of best new designers and leading a collaborative project between Cranbrook and Herman Miller that earned the “Best School” award at the International Contemporary Furniture Fair in New York City.

In conjunction with the donation of the Trellis, Klinker visited the Rochester Institute of Technology and gave a talk as part of the Vignelli Center for Design Studies’ Design Conversations lecture series. 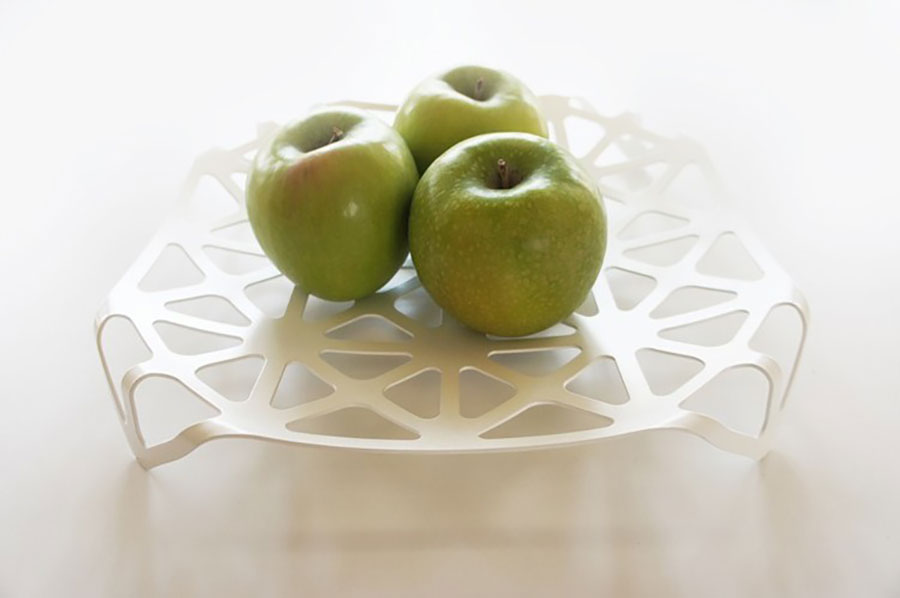 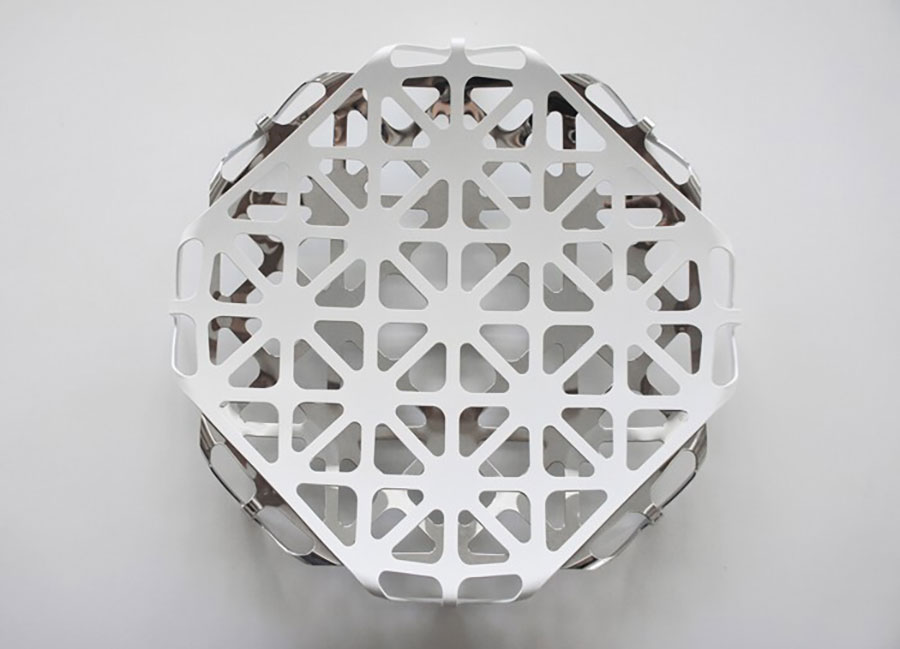 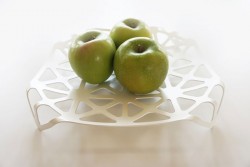 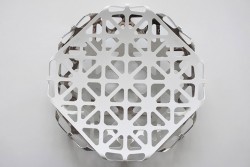