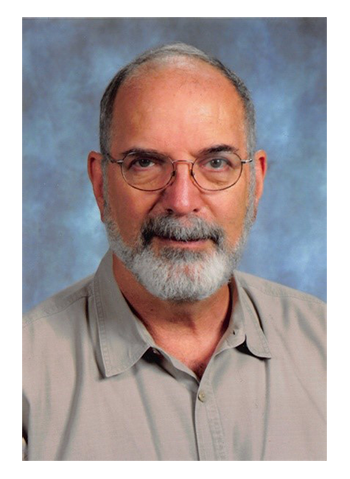 Roberts has enjoyed successful careers in photo science (now imaging science) and national intelligence, and intellectual property law. Now, he’s enjoying yet another career that combines his passions for science and performing arts as a sound and projection designer. In that role, he has been working with the multidisciplinary group creating the AI-Pollo production since summer 2018.

The Imagine RIT festival production will be "off-book" on a limited set in the Center for MAGIC with props, sound effects, and original music, and will include post-show talkbacks soliciting audience feedback. Students will continue to work on lighting, a full set, full costumes, projections and AR elements with plans to stage the full production in 2020.

College of Art and Design faculty member, Cat Ashworth is working with her students on a behind-the-scenes mini-documentary of the AI-Pollo project that is planned to screen at the festival, as well.

Roberts currently makes the arts his full-time career. He is a founder of Great Falls Theatrics, which provides creative, technical, performance and development expertise to live theater productions. In addition to sound design and projection design, GFTheatrics has space for workshops that can be used for productions in process, and provides directing and acting talent for live shows.

Roberts came to the performing arts through his involvement in vocal ensembles as a teenager. “In high school in Massapequa, NY, I was mostly in the chorus but I did get into All-State choir because I could sing low notes,” he shares. “At RIT, I joined the RIT Glee Club and later became its president.  We were not a powerhouse in the choral world but we all had a great time.”

Rome was not, however, a hotbed for performing arts. When he was encouraged by fellow alumnus John Sharrard, ’70 Ph.D., to apply to the CIA, he joined the agency in 1977 that brought him to Washington, DC. He continued his graduate work and earned his Ph.D. in 1979.

In Washington, he joined the Paul Hill Chorale, one of four very large choruses in DC at the time.  As part of that group, he performed at the Kennedy Center Concert Hall more than 70 times and with the National Symphony Orchestra on a number of occasions. He also performed twice on the NPR show, A Prairie Home Companion.

In 2005, Roberts married his wife, Jessie, who majored in theater in college and was very involved in community theatre. She introduced him to community theatre and he spent a few years acting and doing musicals. When his community theater colleagues discovered that he had an engineering degree, he was drafted into working on sound design, “…mostly because no one else wanted to do it,” he says.

He found he enjoyed it and began working in sound design for many musicals and plays. “I never focused on what theatre tech was,” says Jon. “That was ‘geek’ territory. Of course, now I am a proud member of the territory.” After his retirement from law, Roberts returned to graduate school at the Yale School of Drama sound department, “Because I was tired of not knowing what I was doing in my sound designs,” says Roberts.

Beyond his work on the AI-Pollo production, Roberts and his wife have found other ways to give back to RIT, keeping his life experiences in mind. As a student, performing arts was an enhanced experience but not his primary focus in college. However, he looks back now and sees how important it was to him as a person, and now to his career as in theater technology. He and his wife established the Jon L. and Jessie N. Roberts Endowed Scholarship in Performing Arts at RIT, to support students who are pursuing another career but have a passion for the arts.

With a career that was more focused on photo science and engineering, people often ask Jon if his performance background has helped with those vocations.

“In my case, it is more the opposite,” he says. “Every job and educational endeavor that I have had has contributed to my theatrical efforts. My career, which began with my education at RIT, and later at the masters and Ph.D. levels, made me fearless in attacking and solving technical issues and problems associated with various theatrical productions in which I am involved. Indeed, even my law practice contributed to solving intellectual property law issues that have arisen during presentations of shows. And I would be remiss if I did not mention that fact that acting in theatre has helped my acting in the courtroom.” 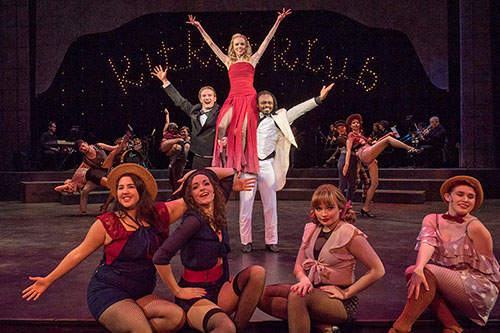 For the second year, combined RIT/NTID theater productions will demonstrate one of the most unique aspects of the university’s performing arts environment, the use of both deaf/hard-of-hearing and hearing performances and crews. 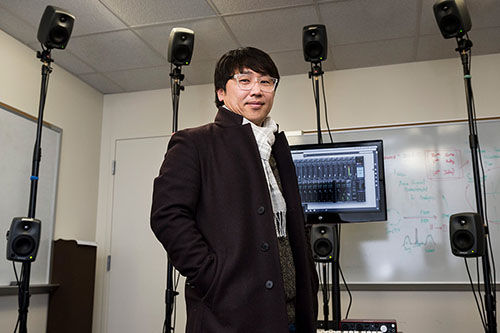 Sungyoung Kim, an associate professor of audio engineering at RIT, is leading a team of researchers to develop a set of tools using advanced augmented and virtual reality technology to preserve and replicate the acoustics of historical venues.

What’s your background? I was born in Santiago, Chile. When I was 10 years old my family immigrated to Canada settling in Windsor, Ontario. I began my musical journey playing piano and flute. I came to singing as kind of a happy accident. I walked by a high school choir rehearsal and thought... "Maybe I could do that!" After joining the high school choir, I began singing with the Windsor/Essex Youth Choir whose director encouraged me to take my first voice lessons. I was lucky to be given the opportunity to attend the Eastman School of Music where I received both my Bachelor and Master Degrees in Vocal Performance and Literature. My professional musical life consists of a variety of endeavors including performing as a vocal soloist in opera, oratorio and recital, working as a church musician as conductor, organist and harpsichordist and as a voice teacher.

When did you join RIT? I began teaching Applied Music: Voice in the Fall of 2010.

What do you like best about RIT? The students! For many students, applied music study offers an opportunity to foster gifts outside the scope of their various major simultaneously allowing a respite from their highly demanding academics. I am privileged to teach a studio of talented students who are excited to learn about music and singing. Thank you for allowing me to be part of your musical journey!

Pablo Willey-Bustos currently teaches Applied Music (FNRT: 256) in the College of Liberal Arts. Mr. Bustos is presenting a Faculty Spotlight recital in Allen Chapel on Saturday, April 6 at 2 p.m. entitled Spring, the sweet spring.... He will be accompanied by pianist Beryl Garver. The concert is free and open to the public. A reception will follow. 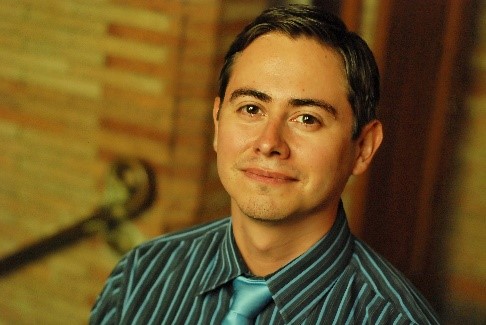 Lawyer by day, songwriter and musician by night. That’s the unconventional path Jesse Gage took to his performing arts career.

Jesse graduated with an RIT criminal justice degree and went on to law school. After law school and a few years of part-time songwriting and singing, Jesse’s girlfriend, now his wife, convinced him to participate in open mic nights. His music career started to grow, and he found himself playing more gigs in New York while he practiced law during the day.

With a band around him and Maroon 5’s manager behind him, Jesse had success with TV placements. But timing wasn’t perfect in his case – just as his career was progressing, record companies were cutting back on new artist investments and his career as the next great pop act hit a wall.

His next move was to enter the New York Musical Festival – the ‘Sundance’ of musical theater – with a show he’d written. His show performed well at the festival, and he received a two-year fellowship to NYU’s Tisch School of Arts. That immersed him in the musical theater world and set him on a path to writing musical comedies.

Jesse’s recently finished a “comedy/bromance” called Simon and Jorge Pay Their Student Loans, a comedy that speaks to the struggles of his generation and the challenges of income inequality. He’s pursuing opportunities for stage and TV for that show. He also recently completed Gordy Goes Left, about a New York City bus driver who’s had enough. He describes it as a show with a “Wes Anderson vibe.”

You can learn more about Jesse’s work at jessegage.com. 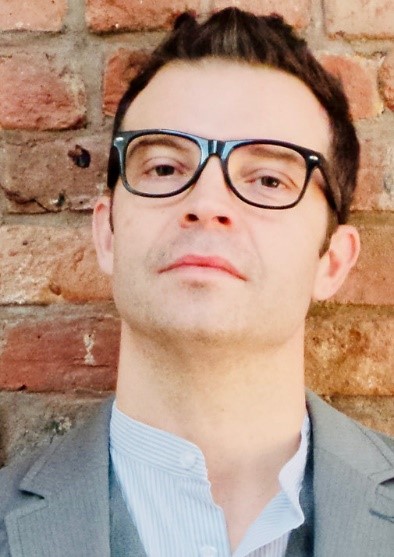 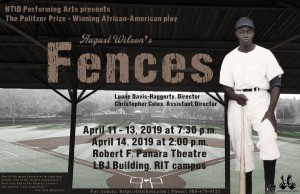 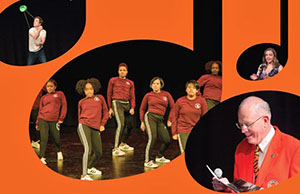 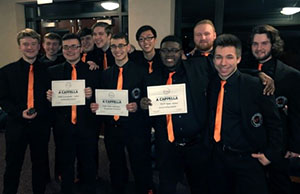