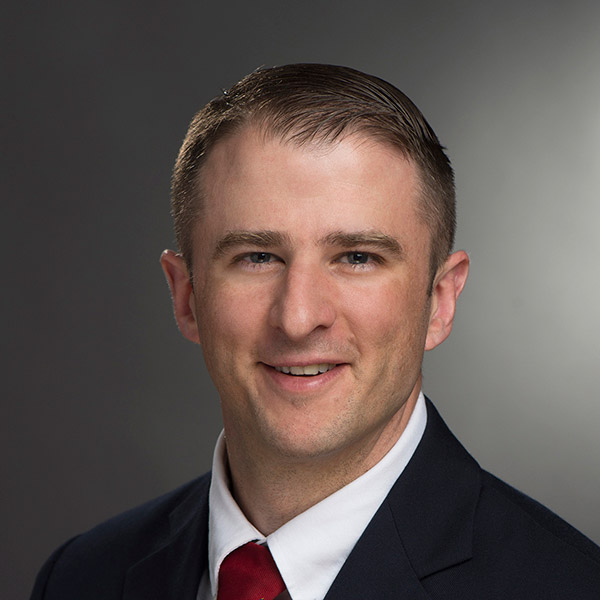 Justin Pelletier is the business director for Eaton Cybersecurity Security Assessment and Forensic Examination (SAFE) Lab in RIT’s Center for Cybersecurity.  He is also the national director of the Collegiate Penetration Testing Competition.

He is a counterintelligence officer in the army reserve and holds a top-secret clearance.  Prior to joining academia, Dr. Pelletier was a civilian intelligence officer for Defense Intelligence Agency, where he led Europe/Eurasia cyberthreat analysis.  He is a former member of the National Security Council’s Information Systems Working Group for modeling and simulation.

I enjoy teaching students to test their biases and develop familiarity with analyses of competing hypotheses.  I find this is a strong way to consider the potential influence of misinformation in adversarial information environments.  For example, in Computer Systems Security, we explore the 2013 Target breach.  We investigate together the indicators of compromise and the potential motivations that might give clues to who conducted the attack.  In Hacking for Defense course, I teach students to conduct requirements elicitation.  I explain how the structure of our questions can help people overcome the limits of memory and awareness.  I also instruct students to be more aware of how our questioning techniques can alter the way a person perceives her environment and recalls past events.  Also, in Authentication and Security Models, we invite students to consider how to bypass current authentication mechanisms and how to mine available literature in a way that facilitates design and implementation improvements.

In computing security, many researchers and industry professionals seek attribution for cyber-attacks.  This is quite difficult, and available information can be released with a hidden agenda.  I enjoy the analogy of a normal lock that defends a person’s home.  If a person comes home and learns of a break in, the first phone call should be to the police.  Within the cyber domain, though, this is often an afterthought.  Instead, most security professionals are taught to call the locksmith--to repair and improve the locks.  Ensuring that the intruder no longer has access is arduous, and prosecution is extraordinarily difficult.  To effectively respond to and prevent future cyber-attacks, students need a foundation in the principles of critical thinking.

In 2010, I was in Afghanistan during the shaping operations for the Battle of Kandahar.  My broad mission was to discover the tipping points in the population that motivate insurgency. I discovered that we relied heavily on local contractors to provide construction support for our humanitarian efforts.  We worked with them to build roads and bridges and schools to benefit the local population and reinforce the local government.  We did not, however, have a rigorous analytic process that could determine which of those contractors were funneling funds to the insurgency.  Most often, we worked with anyone that could speak English.  To me, this was unacceptable.  We were not managing a deep bias that risks ethnocentrism: “if someone speaks our language, they must share our values”.

I applied critical thinking to develop a vetting process that uncovered several contractors with ties to the Taliban and, in one case, an insurgency-backing contractor with plans to travel to the United States.  The Pentagon adopted that process as a model for all of Afghanistan.  This became Task Force 2010 and ultimately resulted in $4.7 billion of vetted funds.  We cannot be certain that all of those funds were free from corruption, but we can be confident that the money was invested more responsibly because of critical thinking.

During the last presidential election, fake news became a buzzword in most American households.  Until then, few people outside the intelligence community questioned their sources of information in a systematic manner.  The awareness of international interests and political theatre has increased our skepticism, but it has also polarized our population into thought-tribes.  This is exacerbated by our constant access to electronic media.  Our news feeds are tailored to the sources and topics most aligned with our interests.  This is a natural byproduct of personalized digital profiles and it is rife with confirmation bias.  With that in mind, I regularly consume foreign media and seek to empathize with the cultures and values that motivate them.

By probing how we think about thinking, we become better at making good decisions rapidly.  It is not easy, but remaining students through our whole lives forges true competence and shields our characters with humility.  Growth happens at the edge of comfort.