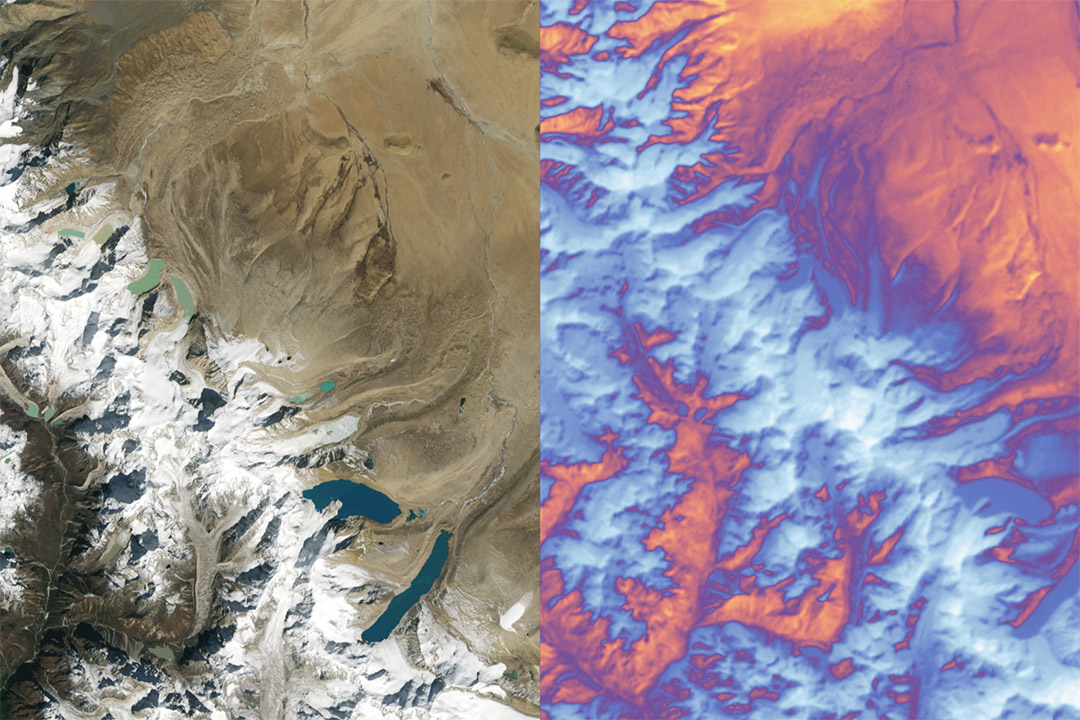 Remote sensing experts from Rochester Institute of Technology are using innovative approaches to help scientists in government and the private sector monitor changes in the Earth’s surface temperature. Scientists from RIT’s Chester F. Carlson Center for Imaging Science recently helped successfully bring the new Landsat 9 satellite online and are partnering with a startup on a bold new initiative.

NASA and the U.S. Geological Survey’s Landsat Program provides the longest continuous space-based record of Earth’s land and RIT has supported the program dating back to the 1990s. The program launched its latest and most sophisticated satellite, Landsat 9, in September.

Since Landsat 9’s launch, the RIT team has since been working to calibrate its thermal instrument and validate that it is producing consistent results. The calibration activities included an “underfly” event in November where Landsat 9 and its predecessor, Landsat 8, orbited the Earth in tandem to get a comparison of data collected by both. Aaron Gerace, research faculty and a member of RIT’s Digital Imaging and Remote Sensing Laboratory, said that experiment leveraged data collected from unique temperature-sensing buoys developed by SUNY Oneonta Associate Professor Kiyoko Yokota. 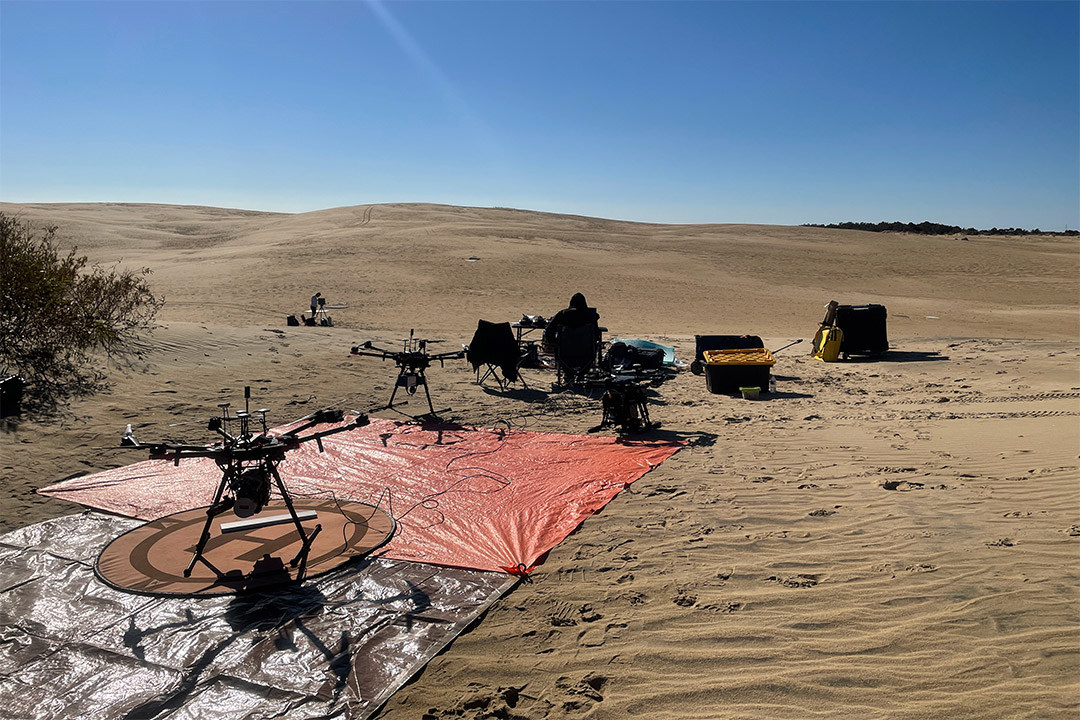 Scientists from RIT’s Chester F. Carlson Center for Imaging Science brought their unique drones and other remote sensing equipment to Jockey's Ridge State Park in North Carolina to help calibrate Landsat 9 during an “underfly” event in November. Landsat 9 and its predecessor, Landsat 8, orbited the Earth in tandem to get a comparison of data collected by both.

Gerace said his team, including scientists from the DIRS Lab and students from the College of Science and Kate Gleason College of Engineering—is developing new radiometers they hope to populate across the continental U.S. The radiometers could be used to not only calibrate Landsat satellites, but any thermal satellite instruments and could be an asset to a new startup initiative RIT is partnering with.

Hydrosat is a company that aims to use satellites equipped with infrared sensors to collect surface temperature data and make it available for subscription to help end users understand risk factors for things like drought and wildfires.

“They’re trying to serve an interesting need in the field,” said Gerace. “Landsat repeats its orbit every 16 days. At best if you don’t have clouds, you can count on the instrument being there every 16 days, but a lot changes in that time. So Hydrosat is trying to merge data from several different sensors including Landsat so they increase that temporal revisit rate to get a daily product at higher resolution.”

“Because we were in a position to support Landsat science for the last 20-30 years, recently it has drummed up a lot of our support to other people looking to explore new avenues in the field,” said Gerace. “It’s exciting from our standpoint because we’ve never worked with a startup company like this before. They just think differently and we’re excited to see what we can accomplish.”