WE@RIT offers two programs for students new to RIT. WE Retreat is an evening program held the night before an Accepted Student Open House in the spring of a student’s senior year of high school. WE’re in Motion is an orientation add-on experience for incoming first-year students held in August. 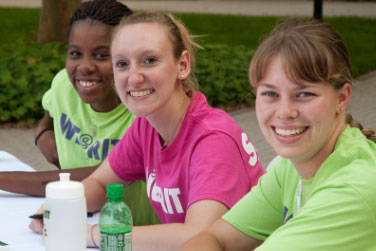 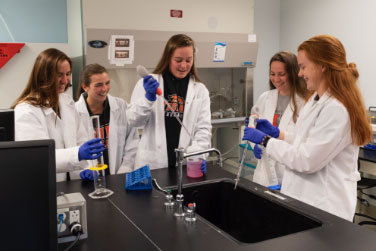 Registration
The 2021 WE@RIT Engineering Open House is taking place virtually on Instagram (@weatrit) on Saturday, November 6, 2021 and extending throughout the following week.

WE@RIT’s spring outreach varies year to year. WE@RIT is presently in the planning stages of a new outreach event to pilot during Engineer’s Week 2022. Follow along on our social media to stay in the loop.