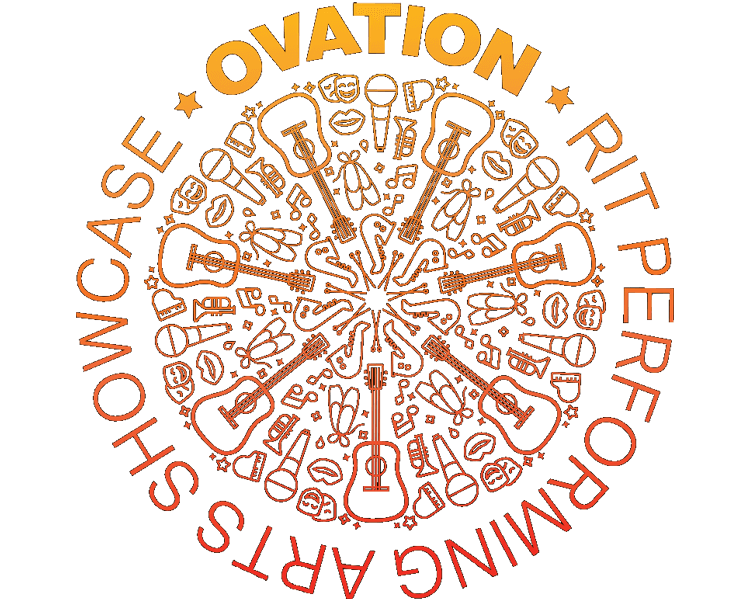 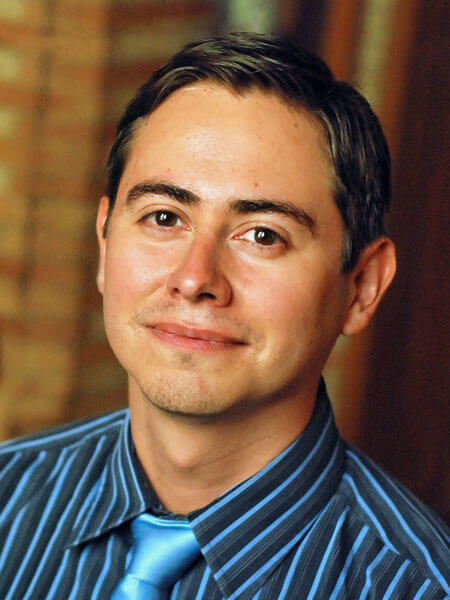 Pablo Willey-Bustos, tenor is a graduate of the Eastman School of Music, where he received both his Bachelor and Master Degrees in Vocal Performance. Highlights of concert appearances include Handel’s Ode to St. Cecilia, conducted by Ton Koopman at Carnegie Hall, the Evangelist for Bach’s St. Matthew and John Passions with the Voices Ensemble, the title roles in Handel’s Joshua and Judas Maccabaeus, as well as Britten’s Serenade for Horn and Strings with the Fort Street Presbyterian Chorale, and Handel’s Messiah with the Buffalo Philharmonic Orchestra and Windsor Symphony Orchestra. Upcoming concert appearances include Bach’s Mass in B Minor with the Voices Ensemble. He will be making his European concert debut singing Bach’s Cantatas BWV 62, 91, 121 with the Bachfest Malaysia at ‘Thomas Kirche’ during the 2024 Leipzig Bachfest. Other future endeavors include traveling to Spain for the 2022 Barcelona Festival of Song. His discography includes The Lutheran Masses and Advent Cantatas of J. S. Bach with the Publick Musick Baroque Orchestra and Chorus. He currently resides in Rochester, NY, where he is the Director of Music Ministry and Organist at the Evangelical Lutheran Church of the Reformation, and teaches at the Eastman School of Music, Nazareth College, the Rochester Institute of Technology and the Eastman Community Music School. 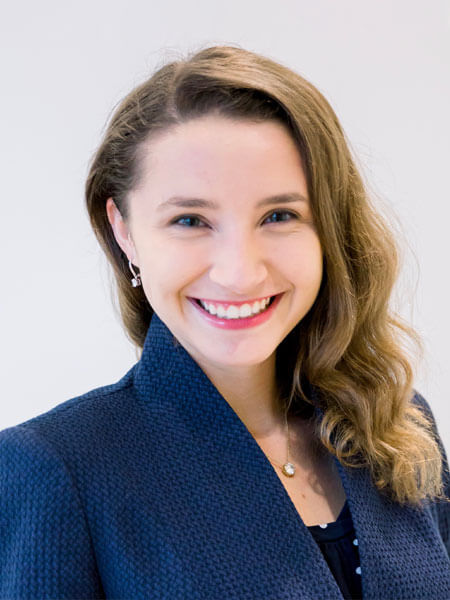 Ann-Katherine L. Candelori, will graduate with a BS in Management Information Systems and Supply Chain Management minor in May 2022. She started dancing at The Griffith Academy of Dance in Wethersfield, CT at the age of four where she trained and excelled in the areas of Irish Step Dance, Tap, Jazz, and Ballet. She began competing in Irish Step Dancing at the age of eight and went on to have a successful career as a highly ranked Competitive Irish Step dancer, qualifying both regionally and as a North American Irish Dance Championship Qualifier.

Ann-Katherine is the Assistant to the Director of Dance, Thomas Warfield, at Rochester Institute of Technology. She is responsible for building experiential and educational programs for the current Performing Art Scholars at RIT to assist them as they pursue their individual dance career objectives through performances, workshops, and master class opportunities.

In addition to dance, Ann-Katherine is the Chief Academy Officer of the Leadership Academy at the Saunders School of Business at RIT. She manages the Leadership Team and the Leadership Academy’s programs and events placing focus on the Peer Mentorship, Student Leadership, and four Certificate Programs. Additionally, she created and will lead the Women’s Leadership Summit in 2022 connecting RIT and NTID Professional Alumni with current students, prospective students, faculty, and staff. Ann-Katherine is a two-time Grace Hopper Conference Scholarship Recipient for Women in Computing, ICAA Brick City Singers Choreographer, and RIT Student Ambassador. She has been working as a Business Analyst with Cisco Systems, Inc. since May 2020, and will be joining full-time starting August 2022. 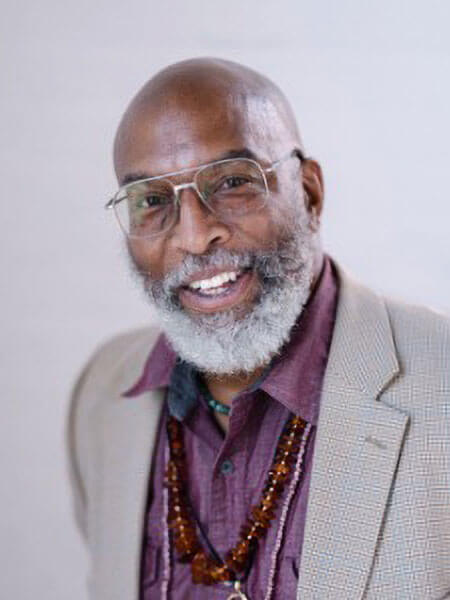 He joined Garth Fagan Dance in 1989 and became a senior company member in 1996. While teaching all levels at the Garth Fagan Dance School since 1990, Bill began directing the Garth Fagan Dance Student Ensemble (GFDE) in 2000. For Twenty years, beginning with performances during the GFD Home season Matinees, Bill has choreographed and produced performances for the GFDE at The Memorial Art Gallery’s Clothesline Festival, Sonnenberg Gardens, the Susan B Anthony House and special events-most recently at the City of Rochester Black Heritage committee performance at Hochstein in 2020. In 2013, The Max and Marian Farash Charitable Foundation awarded $100,000 each to five Rochester area arts organizations for projects that require multiple partners and activities. The Garth Fagan Dance Student Ensemble was chosen in collaboration with RPO Trumpeter Herb Smith, the YMCA of Greater Rochester, and the Rochester Police Department which provided 30 local at-risk teens with an intensive, innovative introduction to dance culminating in free public performances. The program included after-school classes in Fagan Technique, specialized workshops in topics ranging from bullying and street safety to nutrition and the role of music and the visual arts in dance; field trips for students and parents to local cultural institutions; development of an evening of original works performed by the students with original choreography by Bill Ferguson and music by Herb Smith at the School of the Arts.

Additionally, Bill has taught Technique, composition and repertory classes for the Garth Fagan Dance Summer Movement Institute since its inception in 2004. Since retiring from the concert stage in 2008, he’s served as Executive Artistic Liaison for Garth Fagan Dance and as Personal Assistant to Garth Fagan. Bill many responsibilities have included Company manager, Production manager, Facilities monitor. He also participates in digitizing and maintaining archival video, has produced Television and radio commercials, ads, marketing and grant peripherals for Garth Fagan Dance. He currently serves as Executive Director of Garth Fagan Dance and leads the development of the Cooperative-Creative connection with Rochester Institute of Technology/ National Institute for the Deaf.

In 1989, Bill earned a B.A. in pedagogy and graduated with honors from The Conservatory of Music at the University of Missouri-Kansas City. Paying it forward, Bill serves as Vice President of the Board of the Joseph Avenue Arts and Culture Alliance, is a member of the George Eastman Museum board and has served as a dance panelist for the New York State Council of the Arts.

His hobbies include Bilbilravago LLC, his jewelry & sculpture company and golfing when family and work allow. A prostate cancer survivor, army brat (he spent his formative years, 6-17 in Turkey and Germany) and U.S. Air Force veteran (he was a crew chief on OV-10a light attack and observation aircraft.) Bill’s greatest joy is being husband to Nicolette Depass and father to his sons, William Donovan and Nicholas Lamond. 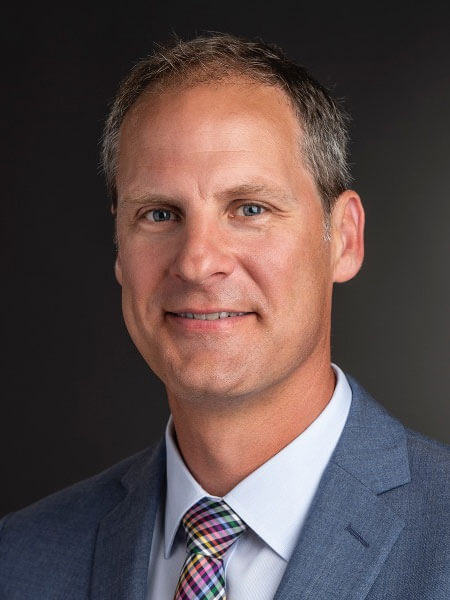 Dr. Jokl earned his BA from Yale University, majoring in Archaeological Studies and also studying Photography. He pursued his MFA in photography and new media at University of Connecticut and his doctorate in Education Leadership from the Connecticut State University. Early in his career, Todd worked in advertising and marketing in San Francisco during the “dotcom” boom on brands such as Dell Computers, Sprint Telecommunications, Sun Microsystems, and multiple startups. Following years in the classroom as an Associate Professor at University of New Haven, he began administrative pursuits, first as an Assistant Dean in their College of Arts and Sciences, and then as the Campus Dean when the University acquired Lyme Academy College of Art and Design. Through his work in creative industries during late 1990’s, Dr. Jokl became acutely aware of and experienced with technology and its role in our lives and communications. The combination of Technology, the Arts, and Design (TAD) are core components of the College of Art and Design, a dynamic professional art and design college of 2,000 students nestled in the comprehensive technical university of RIT.

Dr. Jokl has exhibited and presented his work nationally and internationally. He is active in the arts community and serves on multiple boards, including The Global Institute for Arts in Leadership and the nominations committee for the National Association of Schools of Art and Design (NASAD).

Dr. Jokl now resides in Mendon, NY with his family, including his wife, Paige, twin children, Hazel and Samuel, and some dogs, a cat, chickens, honey bees, and goldfish… to name just a few. 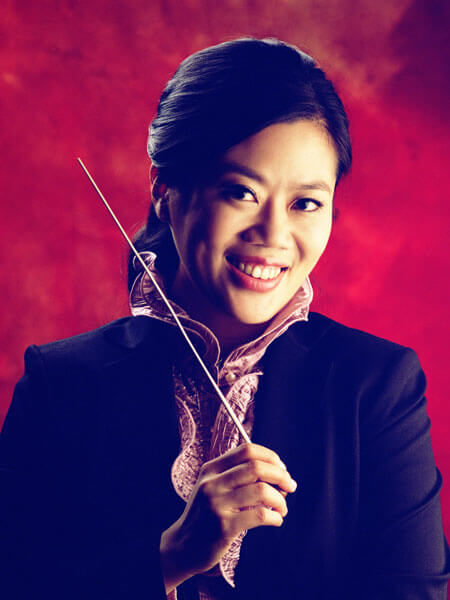 A devoted educator, Ma has served as a frequent guest clinician and adjudicator at competitions and festivals. She has been on the faculty of the Taipei International Choral Festival since 2015. Under her astute leadership, the RIT Philharmonic Orchestra was awarded an Honorable Mention in Orchestra Performance at the American Prize 2021, while Ma herself has been a finalist in the Conducting Competition and a semifinalist for the Vytautas Marijosius Memorial Award for Conductors’ Orchestral Programming.

Ma received her Doctorate of Musical Arts from the Eastman School of Music following conducting, piano, and violin performance education at the National Taiwan Normal University and the pre-college division of the Universität für Musik und darstellende Kunst in Vienna, Austria. Her current conducting positions include Music Director of the RIT Philharmonic Orchestra; Music Director of the St. Kateri Parish in Irondequoit NY; and Music and Artistic Director of the Taiwanese Choral Society of Rochester. 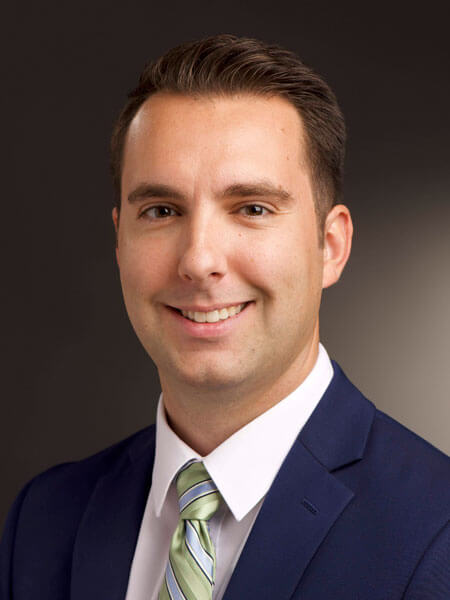 Karl Stabnau has made a career as a music entrepreneur, performer, business owner, and educator having grown up in Rochester, NY. He is currently a visiting lecturer at RIT where he teaches courses in music business, directs jazz ensembles, and oversees RIT’s student-run record label “Tiger Records." Outside of RIT Karl is director of Sonic Era LLC, a music promotion and booking agency and also serves as production manager for the Rochester International Jazz Festival.

Karl has also been recognized as an award winning baritone saxophonist and woodwind instrumentalist who has toured both nationally and internationally under his own name as well as with Grammy winning artists and performing groups.

The showcase is open to all current RIT students (undergraduate or graduate level) who enjoy dance, music, theatre, comedy, juggling, and more. Students may participate as an individual, ensemble or group. There is no fee to register.

Registration forms must be submitted by the deadline of December 10, 2021, via the RIT Performing Arts Department CampusGroups page. Questions can be submitted to the Director of Imagine RIT, Ann Miller, at imagine@rit.edu.

Event organizers will review submissions using CampusGroups. An audio/video file of your performance (YouTube link preferred) must be included with your submission to be considered for the final show. Finalists will be chosen by January 10, 2022. Winners will be announced at the conclusion of the event on February 4, 2022.

* All awards, prizes, and/or gifts given by RIT are taxable to the recipient, students, and non-students alike.

All non-resident alien prize recipients should contact RIT payroll/accounts payable as soon as possible to make arrangements to pay their tax due upon receipt of the award/prize/gift. A 1042-S document will be issued at year-end to summarize the amount of miscellaneous income that is being reported to the IRS.

All U.S. citizens and/or U.S. resident alien prize recipients will receive a 1099-MISC document from RIT’s payroll/accounts payable, if applicable, at year-end to summarize the amount of miscellaneous income that is being reported to the IRS.

The showcase is open to all RIT amateur students and student groups with the exception of Faculty led ensembles. The students and/or student groups may consist of student clubs, organizations, or unaffiliated groups or individuals.

All categories of the Performing Arts will be judged together to determine a final winner. Approximately fifteen finalists will be chosen from the applications to compete during the Ovation event. No more than three performing groups or individuals from any category will be selected to perform in the final showcase.

Submissions containing copyrighted material (e.g., music, dramatic works, etc.) may require permission from the copyright owner(s). In some cases, RIT may already have the appropriate permissions. However, submissions will be reviewed to determine whether additional or separate permissions are required prior to the event. In the event permission is not obtained for a submission prior to February 4, 2022, the submission may not be included in the event.

Each type of performance must adhere to the category-specific criteria below.

Vocal - A cappella or with piano or guitar

We ask that all performing arts entries are sensitive to a diverse audience which includes families and children (people of all ages).

All materials to be performed are subject to review and approval by event organizers. Materials which include foul language, racial or religious overtones, or other topics/subjects deemed inappropriate by event organizers will not be allowed.

A panel of judges will use a scoring rubric that addresses the following categories: execution, artistic expression, presentation, creativity, and audience reaction.

Please direct all questions related to the competition to the Director of Imagine RIT, Ann Miller, at imagine@rit.edu or call 585-475-4329. Thank you.