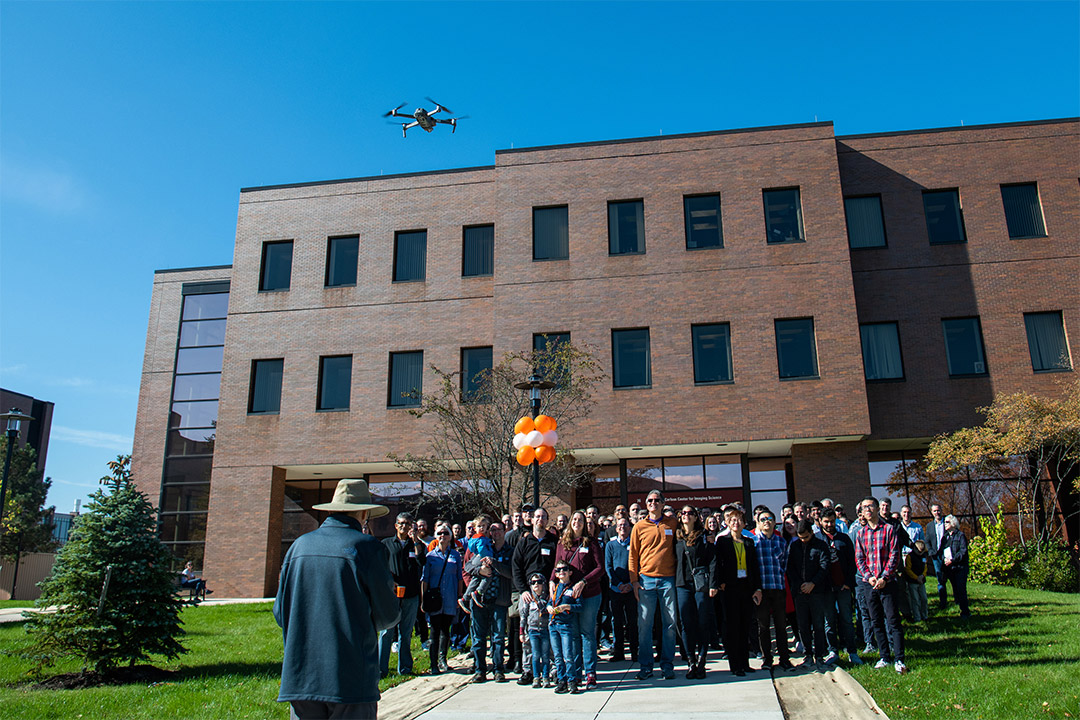 Alumni, faculty, students and staff gathered at the Chester F. Carlson Center for Imaging Science to celebrate the 30th anniversary of the center during Brick City Homecoming and Family Weekend. A group of about 200 imaging science alumni gathered for a group picture taken by a drone in front of the center.

The Chester F. Carlson Center for Imaging Science became the only place in the world where students could pursue degrees in the interdisciplinary field of imaging science when it opened its doors in 1989. The goal was to prepare the next generation of educators and researchers to develop and deploy imaging systems that answer fundamental scientific questions, monitor and protect the environment, help keep the nation secure and aid medical researchers in their quest to conquer disease. Thirty years later, alumni returned to campus for a celebration and interactive open house during Brick City Homecoming and Family Weekend.

Alumni from RIT’s imaging science degree programs, as well as the photographic science and instrumentation program that imaging science evolved from, reflected on how far the center has come and how it helped launch their careers.

“I think it’s great. I loved it when I was here. The good things haven’t changed. What the imaging science program does here is it blends different applications of imaging science from medical imaging to remote sensing to vision and color, astronomy, etc. All of those elements are different applications with the same core science, but by looking at how that science gets applied in different ways, you gain a lot of new perspectives that can help make advances in technology in all of those areas. That’s still the case.

Obviously, the technology has changed a quite a bit. I was really pleased to see the progress made with things like the sensors that we can put on a drone. Small package payloads used to be these big beast payloads that you needed a lot of logistics to put on an aircraft. They’ve also done a lot with the advancement of computation, a lot more with machine learning and vision. Really pretty neat.” 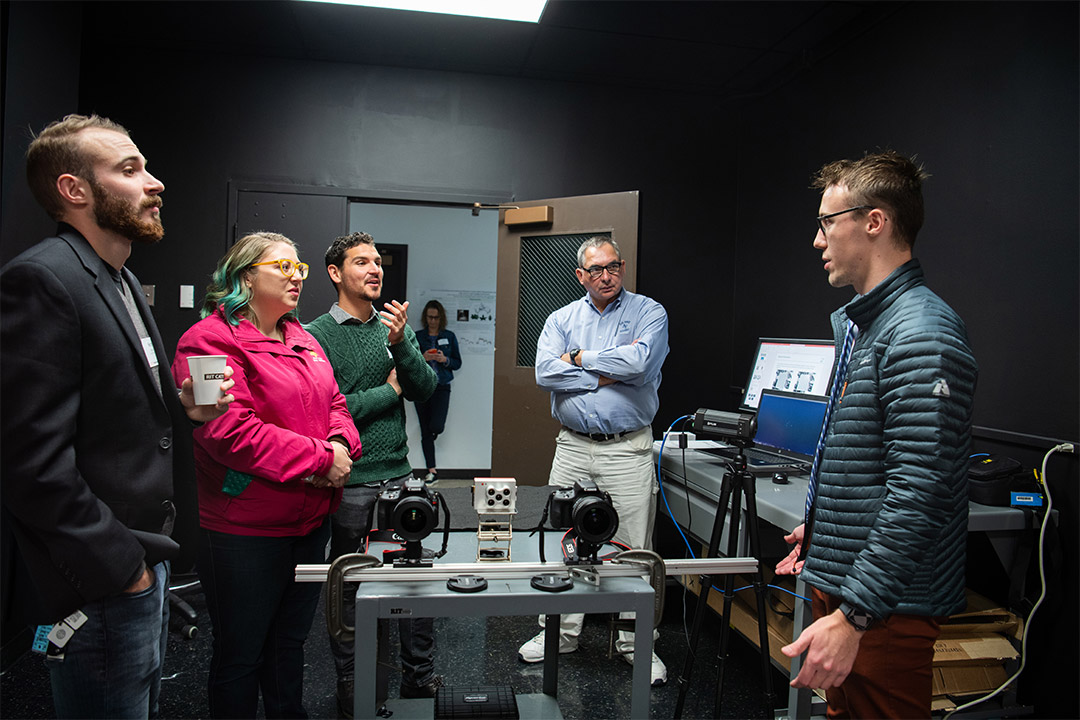 “I’m really happy to see RIT keeping up with the times. I think one of the strengths is delivering a multidisciplinary education. I was never a specialist in any one field, but having a multidisciplinary background with photochemistry, statistics, optics and image analysis was a perfect combination for me to be able to transition from industry to industry throughout my career. I’m glad to see the Center for Imaging Science giving students the same background. “

“When I entered the workforce, I felt more prepared than I thought I would. Our company works pretty closely with RIT and it seems like the program has been pretty well catered to the group that I’m working with. I was really surprised by how I felt when I actually started working. I don’t know if that would be different if I had gone to a different company, one that didn’t work so closely with RIT, but I think that I probably would have felt not too off kilter going somewhere else” 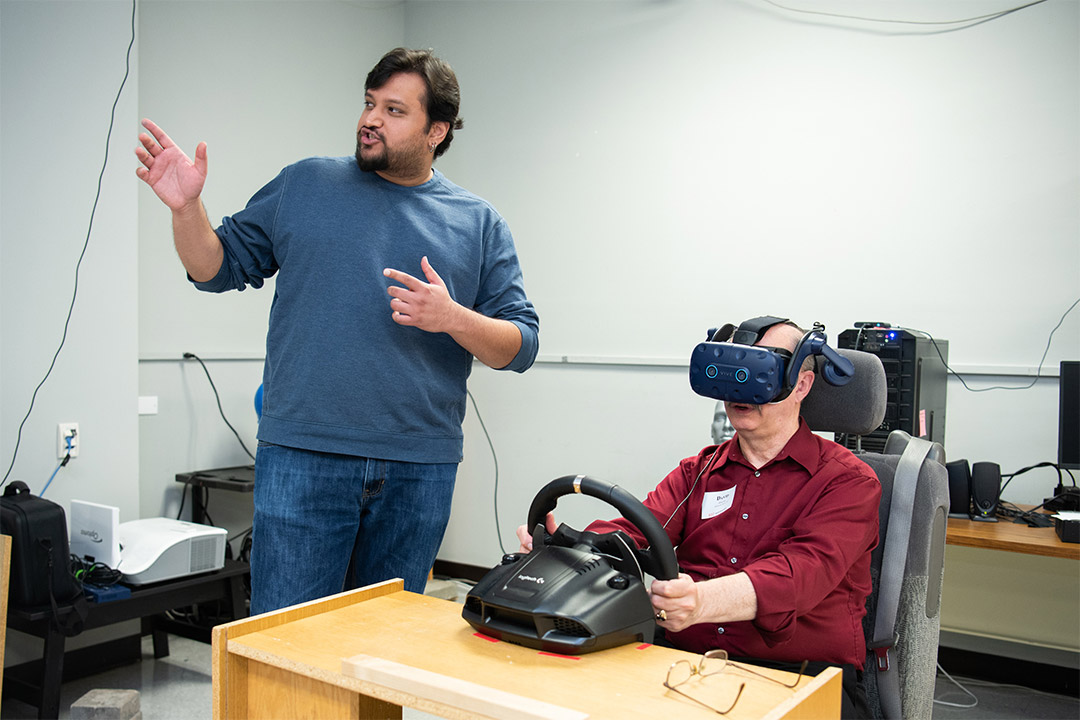 “The campus keeps growing. Every time I come here there are more buildings. The number of programs that are available is pretty exciting. Imaging science itself has evolved a lot over 30 years. There’s been a lot of growth and addition of different programs and the additional things that students can get involved with. I think they’re doing a good job of trying to find positions for students and making connections.”