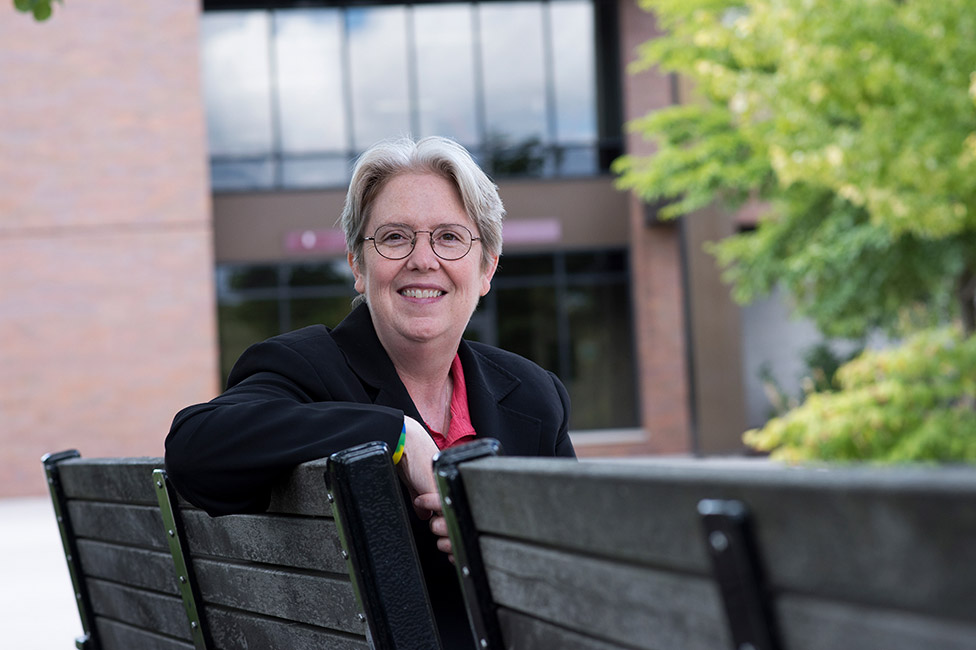 Mary Lynn Reed has been appointed head of RIT’s School of Mathematical Sciences.

RIT’s School of Mathematical Sciences has a new leader who is an accomplished mathematician and has been recognized with prestigious awards including the Presidential Rank Award of Meritorious Senior Professional and the National Security Agency Director’s Distinguished Service Medal. Mary Lynn Reed joined RIT as the new head of the School of Mathematical Sciences on Aug. 1.

Reed joins RIT following a 19-year career at NSA, where she most recently served as the chief of the Mathematics Research Group from 2016 to 2019. In that appointment Reed oversaw three Institute for Defense Analyses centers: the Centers for Communications Research in Princeton, N.J. and La Jolla, Calif., and the Center for Computing Sciences in Bowie, Md. She managed the Mathematics Research Group and she set the direction for research in both mathematics and computer science, including the application of recent developments in artificial intelligence to cryptanalysis.

Before joining NSA, Reed held a variety of other positions, including staff scientist at HNC Software, actuarial analyst at Milliman USA, research staff member at the Institute for Defense Analyses, assistant professor at the Philadelphia College of Pharmacy and Science and adjunct instructor at the University of Maryland Baltimore Country.

Her research background and interests are diverse and include applications of algebraic structures, statistical modeling, network science and computing. Reed is dedicated to ensuring a strong future for applied mathematics by serving as a leader for diversity and inclusion and increasing the participation of women in the mathematical sciences.