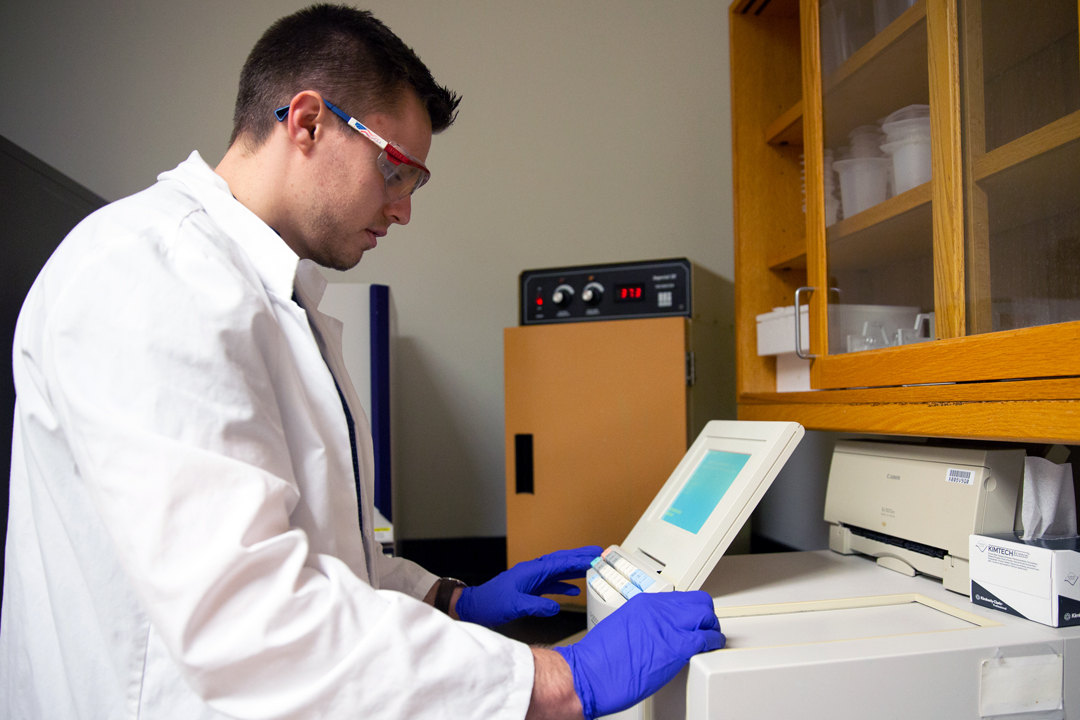 Kevin DiMagno is a fourth-year biochemistry major in the Thomas H. Gosnell School of Life Sciences, and his mentor/advisor is Dr. Suzanne O’ Handley.

The NUDIX hydrolase enzymes that I am working on are a superfamily of enzymes that cleave nucleoside diphosphates linked to some X moiety. NUDIX hydrolases are found in all three domains of life. The focus of my research now is to determine the activity of multiple NUDIX hydrolases that have a known structure by conducting numerous enzymatic assays. By performing various enzyme assays, I have determined the best substrates, optimal pH, and metal concentration for each enzyme. I am currently performing kinetics assays to determine the best substrate based on both kcat and Km.

How did you come to study biochemistry at RIT?

You are researching NUDIX hydrolase enzymes. How did you become interested in this topic?

Because of my interest in medicine, I became interested in characterizing the function of NUDIX hydrolases because they are important in removing toxic by-products in many cellular processes such as cellular metabolism and mRNA processing. By determining the function of these enzymes, I hope that they can be used as biomarkers and potential drug targets due to their importance.