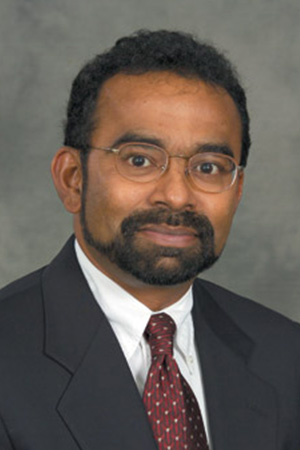 Venkat Purushotham BS ’81, MS ’82 is retired after three decades of professional career in the imaging industry that spanned the gamut from research and development, successful commercialization of leading-edge technologies to creation of global strategic alliances, mergers and acquisitions. Post-retirement he has been active as a mentor and an angel investor in support of young entrepreneurs harnessing new technologies to enhance overall quality of life. Between 1997 and 2006, he was the founding president and CEO of NexPress Solutions Inc., a joint venture between Eastman Kodak Co. and Heidelberger Druckmaschinen AG (Germany). In 2004, he led the acquisition of Heidelberg Digital and its merger with NexPress Solutions Inc. Between 2006 and 2008, he led the successful integration of these businesses into Eastman Kodak Company and helped establish a new multibillion-dollar business division. In 2004, the Commission on Independent Colleges and Universities in Albany, N.Y., named him to the Alumni Hall of Distinction. In 2006, he was named one of the 50 outstanding Asian Americans in business by the Asian American Business Development Center. In 2017, he received the Distinguished Alumni Award from RIT’s College of Science. Mr. Purushotham serves on the boards of several new businesses as well as nonprofit organizations.