RIT’s Hunger Project provides 20,000 meals to those in need 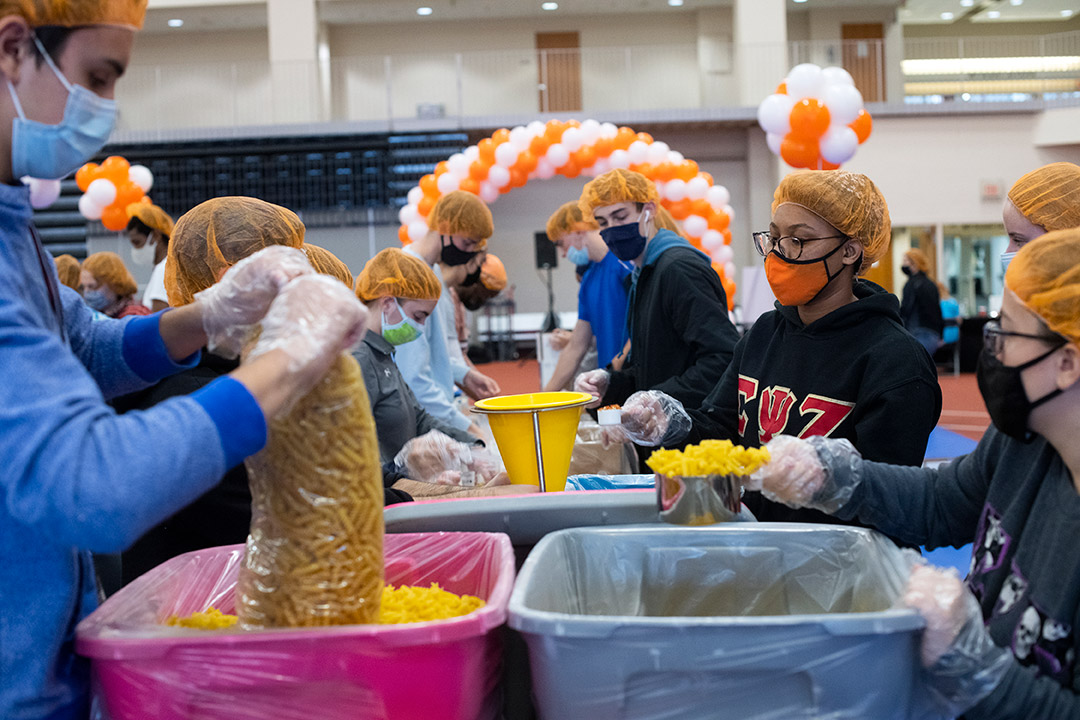 Some 200 Rochester Institute of Technology students, faculty, and staff spent part of their Giving Tuesday yesterday preparing 20,000 healthy meals for the community during the Hunger Project in the Gordon Field House. 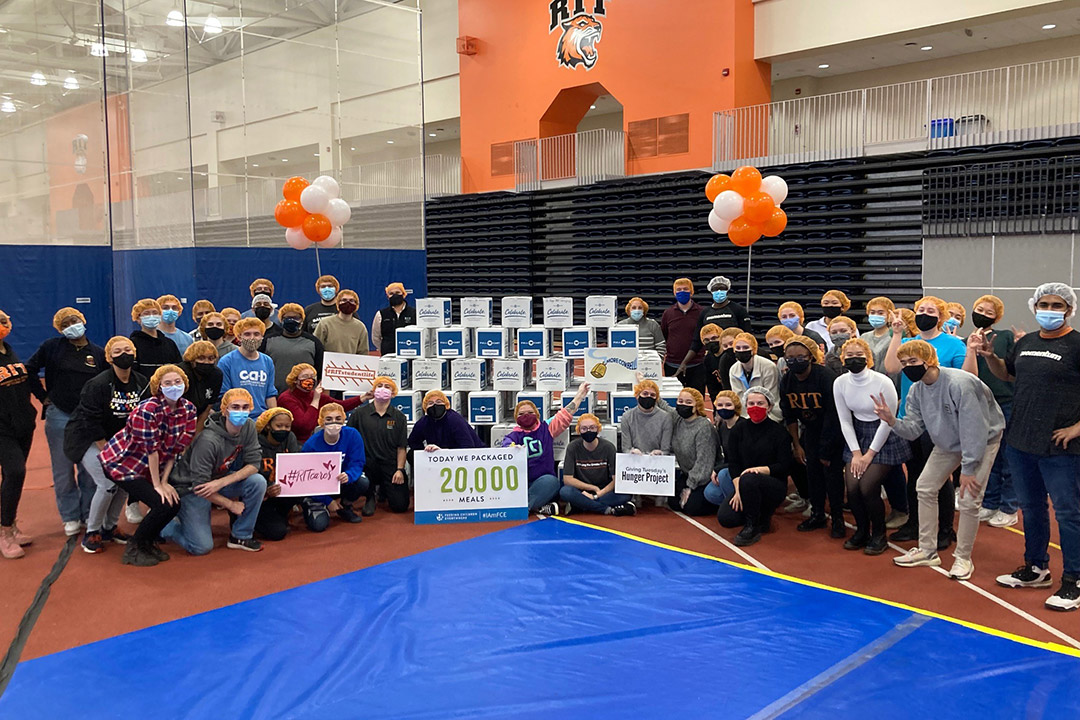 Ingredients for the meals—pasta, dehydrated vegetables, and Himalayan salt—were unboxed and poured into baggies which were then weighed, sealed, and packaged into completed boxes. Five thousand were destined for RIT’s FoodShare program, and 15,000 were headed to FoodLink in Rochester, which will distribute them to agencies operating food pantries and soup kitchens in a 10-county area.

Donned in masks, plastic gloves, and orange hairnets, each student had a specific assignment at their table.

“I came because I wanted to do something to help out in the community,” said Adaeze Collins, a third-year biology major from Nigeria, who spent her hour shift scooping pasta into the baggies. 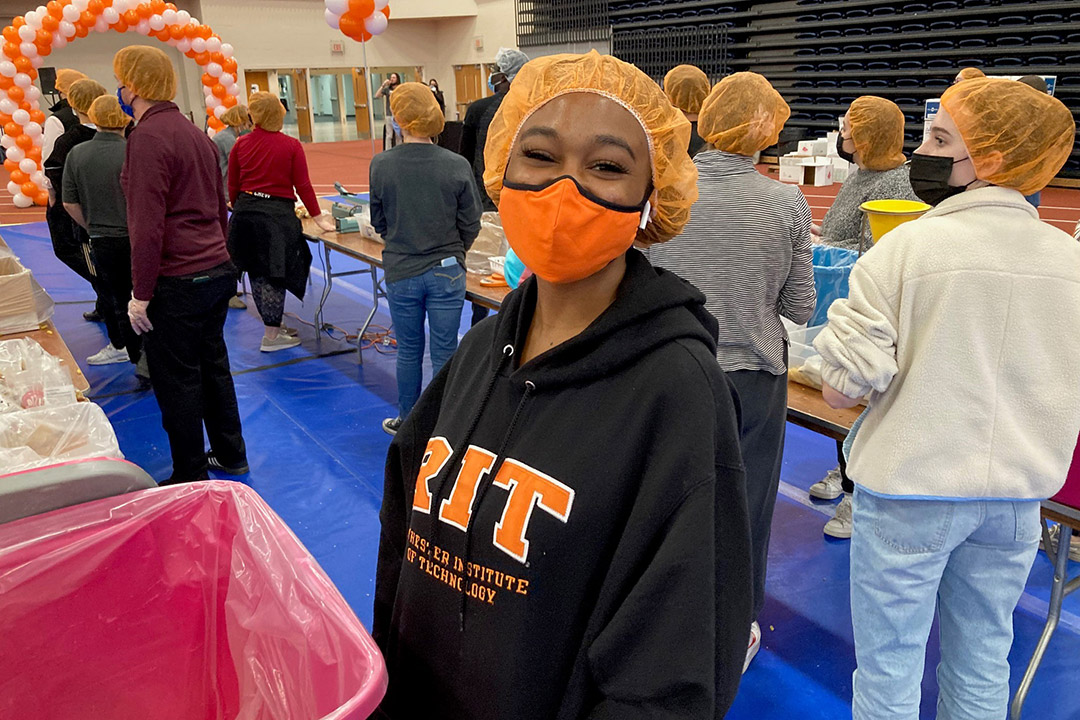 As each box containing the packaged meals was sealed, the table captain rang a bell. Members of U.S. Hunger, which organizes projects like this throughout the country, cheered and applauded as the completed boxes were stacked in a large pyramid, ready to be trucked away.

Music from WITR-FM (89.7) filled the field house as the volunteers worked. Many of the volunteers represented clubs and service organizations, such as the Honors Program, Residence Life, fraternities, and sororities. Members of momentum, a leadership training program offered by RIT’s Center for Leadership and Civic Engagement, served as table captains.

Rachel Detone, a fourth-year graphic design major from Marlton, N.J., was one of several students representing RIT’s College Activities Board.

“I thought it was really fun, and it sounded like something very easy to do to help volunteer in the community,” she said.

Tia Wilson, a second-year illustration major from Germantown, Md., said the activity reminded her of service projects she performed in high school. She looks forward to volunteering again, especially with a project that can help so many people.

Statewide, one in every nine families has food insecurity, said Lillian Weaver, an event leader for U.S. Hunger. She said families have had a more difficult time during the pandemic, not only financially, but supply chain issues have meant agencies that previously helped out those with food insecurities may not have enough supplies to give.

The Center for Leadership and Civic Engagement began hosting Hunger Projects for RIT students five years ago but took last year off due to the pandemic.

“This year, we broke the 100,000 mark for preparing and donating healthy meals to the community, with 110,000 to date,” said Kathryn Cilano, associate director for RIT’s Center for Leadership and Civic Engagement. “We’re thrilled RIT can help so many people in the community. This has become an annual tradition and part of the culture on the RIT campus.”