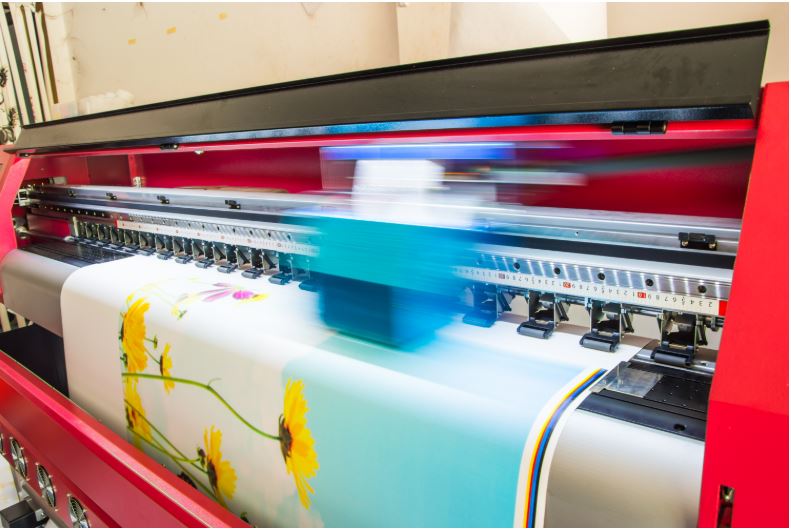 With the School of Media Science’s recent move to the College of Engineering Technology (CET), the faculty is beginning to incorporate more science into their classes. Robert Eller, the

Gravure Research Professor, is among the faculty members leading the charge in this area. One example is the introduction of Fluid Dynamics in the inkjet printing lab of his Digital Print Processes course.

On its own, inkjet is an array of nozzles that jet out ink onto a substrate. A driver is used to tell the nozzles when to jet ink. In Drop On Demand (DOD) inkjet, an ink chamber is filled with ink, the droplets are formed at the nozzle, and those droplets are jetted out by pressure in the ink chamber. There are two types of DOD inkjet technologies, thermal and piezoelectric. Thermal inkjet creates pressure via a resistance heater that creates a gas bubble. Piezoelectric inkjet uses a piezoelectric actuator.

The purpose of this lab was to dive deeper into the science of how ink is jetted out of an inkjet nozzle. According to Professor Eller, he wanted his students to gain a better understanding of the forces that shape inkjet droplets as they are being jetted. The Fluid Dynamics lab built on the Properties of Inkjet Inks lab where viscosity, surface tension, and surface energy were demonstrated.

To put this into a better perspective, Eller went on to discuss the Navier-Stokes equations. Eller states “This equation describes the forces that are acting on an infinitesimally small volume of liquid in an ink stream, and the way these forces change its rate and direction of motion”. The equation for motion in the x direction is as follows:

Once the class was able to understand this equation, Professor Eller was ready to take the discussion one step further. Using these equations, he used software in order to visualize droplet formation. In this lab, Eller used a program called ANSYS Fluent to demonstrate how the properties on inkjet inks affect droplet formation.

The School of Media Sciences is making science an increasingly important component of its Bachelor of Science and Masters of Science curricula. The Fluid Dynamics Lab is only one example of the way collaboration with College of Engineering Technology faculty is allowing the School to enrich its course offerings, emphasize critical thinking, and prepare the next generation of leaders in the Graphic Communication Industry.