A Tiger with taste: Kyle DeFord makes an impact as a lifestyle and business influencer 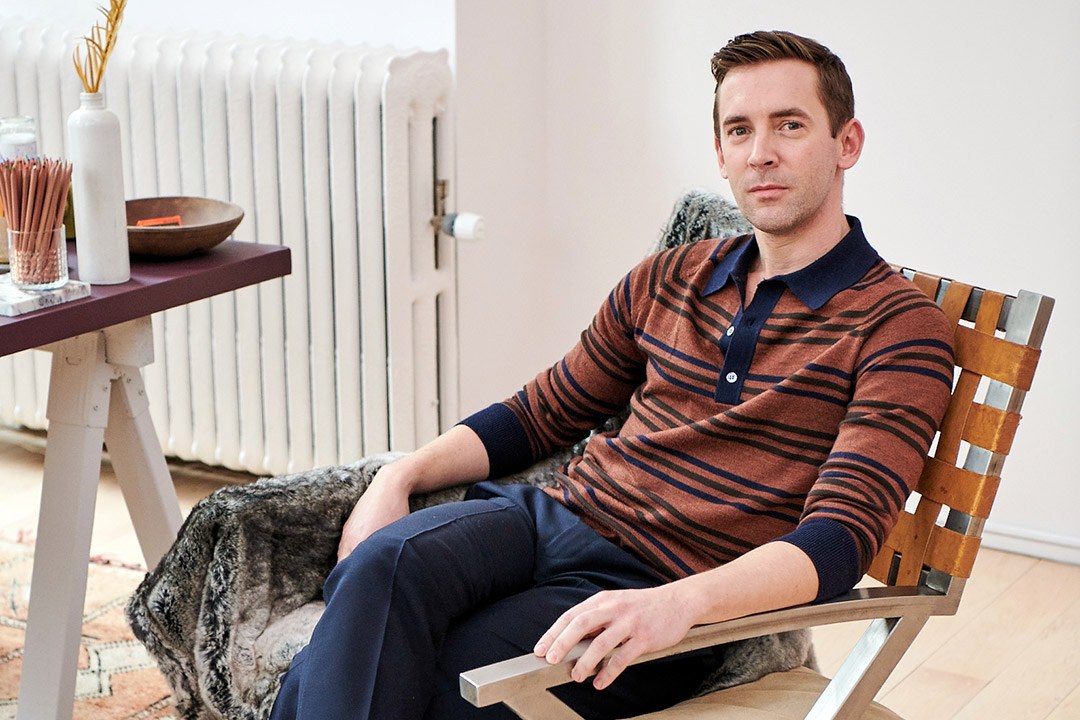 Kyle DeFord ’08 is one of the stars of the new HBO Max show STYLISH with Jenna Lyons.

Kyle DeFord has become one of the stars of the HBO Max show STYLISH with Jenna Lyons. But it didn’t happen overnight.

Graduating in 2008 in the middle of a recession with a degree in applied arts and sciences, DeFord took a position at J. Crew in nearby Eastview Mall, becoming store manager for the popular clothing giant.

After several years working locally, he was hired as a recruiting coordinator in New York City, which became a pathway for the work he is doing today.

“When you are working on the recruiting team, you get to know everyone.”

And everyone gets to know you, too.

Within a couple of years, he was recommended for a position as special projects assistant to the CEO and chairman of J. Crew Group, Mickey Drexler. It was supposed to be a part-time gig as the assistant went out for maternity leave.

“I got a call from HR and thought—I’m being fired,” said DeFord. “It was totally out of nowhere. I knew him because I was in charge of hiring for the internship and recent college graduate program and spoke with him about these potential hires. He was a titan of industry. It was flattering.”

The position turned into a critical on-the-job training experience, where he learned the inner workings of the retail business’ merchandising strategies.

“It was like getting my MBA directly from him.”

Changes were happening in the retail clothing industry and the company. Drexler retired, and several vital leaders moved on to new opportunities. A call to work with former Creative Director Jenna Lyons was too good a chance to pass up and led to DeFord’s current role as both chief of staff for her company, Lyons LAD, and the General Manager of LoveSeen.

“She said ‘I’m building something new, and I need someone who has experience hiring people, experience as a buyer, in operations, and a chief of staff who can help organize this new company,’” said DeFord.

Concurrently, Warner Media/HBO Max wanted to make a lifestyle show, and Lyons was an established figurehead in fashion, corporate, and retail experiences.

Originally, DeFord wasn’t slated to be in the show. He was responsible for concept development, but after a successful screen test, he made his way in front of the camera, too.

“It’s funny. People say, ‘You’re great on TV. Was this something you’ve always wanted to do?’ Definitely not,” he said, laughing.

Participants on the show are more than “talent” or actors; they are vying for positions with the company and must demonstrate creative ideas and how they could bring them to life for an individual or corporate client.

“People may think it’s a competition—a cut-throat reality show. This is something different. We want to see about hiring these people full-time. We want to see how they think, to get to know them,” he said, adding that since the show began, several people have been hired.

DeFord, Lyons, and Sarah Clary, a fashion-stylist, do more than just star in the show. They coordinate the show’s projects, edit scenes after filming, and oversee many other details inherent in presenting a television show. The hard work is paying off with praise for its accessible premise—high-quality designs and ideas that many can reproduce without a multimillion-dollar budget.

As part of the show, DeFord and Lyons launched LoveSeen, a beauty brand specializing in false eyelashes. DeFord helped develop the creative, team, and e-commerce connections.

It may seem odd that a single product can make such an impact, but today’s consumers seek more specialty items, and DeFord has been observing—and acting on—this trend.

“I think the next step we’re moving to is this idea of curation—having someone able to identify and suggest the best products and provide a story behind the item—who made it? Where did it come from? It’s a richer, deeper, more careful understanding of the goods we purchase. It is also a move toward sustainability, and I think people are a little more conscientious about what they purchase. This is the responsibility of a curator and a storyteller. And it’s more important around commerce than ever.”

Another of the company’s major accounts is with Rockefeller Center. Consultations with the team are in the process of improving shops’ retail experience within the New York City complex for both locals and tourists.

“My idea of success—as it relates to professional success—was sitting at a desk, climbing the corporate ladder,” DeFord said. “Now it is much more nuanced. It’s about how I exercise my mind every day and how I can do something that is a mixture of creative and operations, or science and creative, and being able to cross between both worlds is very satisfying to me.”