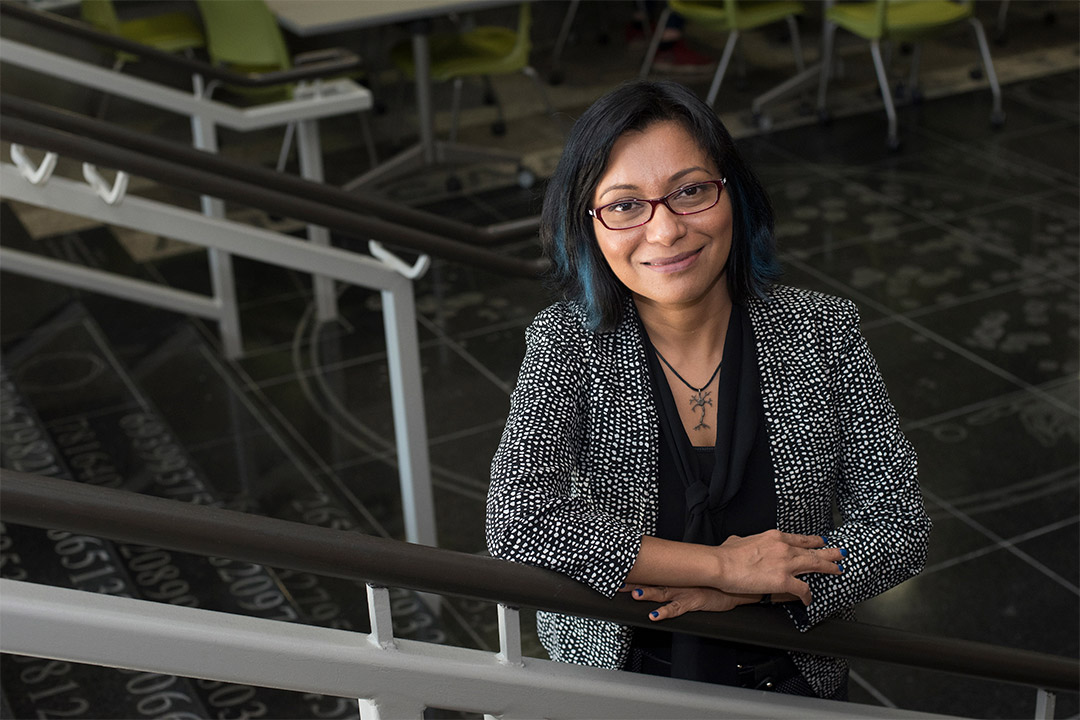 A Rochester Institute of Technology scientist received funding from the National Science Foundation to better understand the fundamental rules that allow bacteria to compartmentalize the functions within their cells. The $559,000 NSF grant will allow Moumita Das, an associate professor in RIT’s School of Physics and Astronomy, to explore the role phase separation plays in this process.

Cells use compartmentalization to create spatial organization, allowing them to carry out biochemical processes and control biomolecular structures. While compartmentalization within cells is often facilitated by membranes, bacteria do not typically contain membrane-enclosed organelles and instead rely on alternate mechanisms such as phase separation. The cytoplasm within bacteria cells consists of mixtures of complex, structured fluids, and Das and her collaborators will use data-driven mathematical modeling and state-of-the-art experiments to obtain a quantitative understanding of phase separation in bacteria.

“The main goal is to gain an understanding how the phenomena of phase separation helps bacteria with compartmentalization, organization, and bacterial function, but also connecting genotype to phenotype,” said Das. “We want to see how chromosomes in bacteria organize, and what are the consequences in terms of bacterial functions and properties. Doing a map of that is important.”

Achieving this goal will require interdisciplinary collaboration, so Das is working with Anne Meyer, an associate professor in the Department of Biology at University of Rochester, who also received an NSF grant to work on the project. Das said that many of the outstanding questions in biology require input from quantitative disciplines like physics and that the next generation of researchers needs to be comfortable working in multiple fields.

Das and Meyer will recruit students to help with the research from a variety of levels, including undergraduate students, graduate students, and postdoctoral researchers. They are placing an emphasis on involving students who come from communities that are not well represented in their disciplines and will work with programs such as RIT’s Ronald E. McNair Post-Baccalaureate Achievement Program, which Das is a mentor for.

“We both want to increase the representation of students who are first-generation students or coming from underserved and underrepresented minority groups and communities in STEM,” said Das. “In physics in particular, that number is very small and we all want to do something about it. We will make extra effort to reach out to underserved groups.”

To learn more about the project, visit the NSF website.