SPHEREx will map the entire sky to study early expansion of the universe, planetary systems, and the history of galaxies 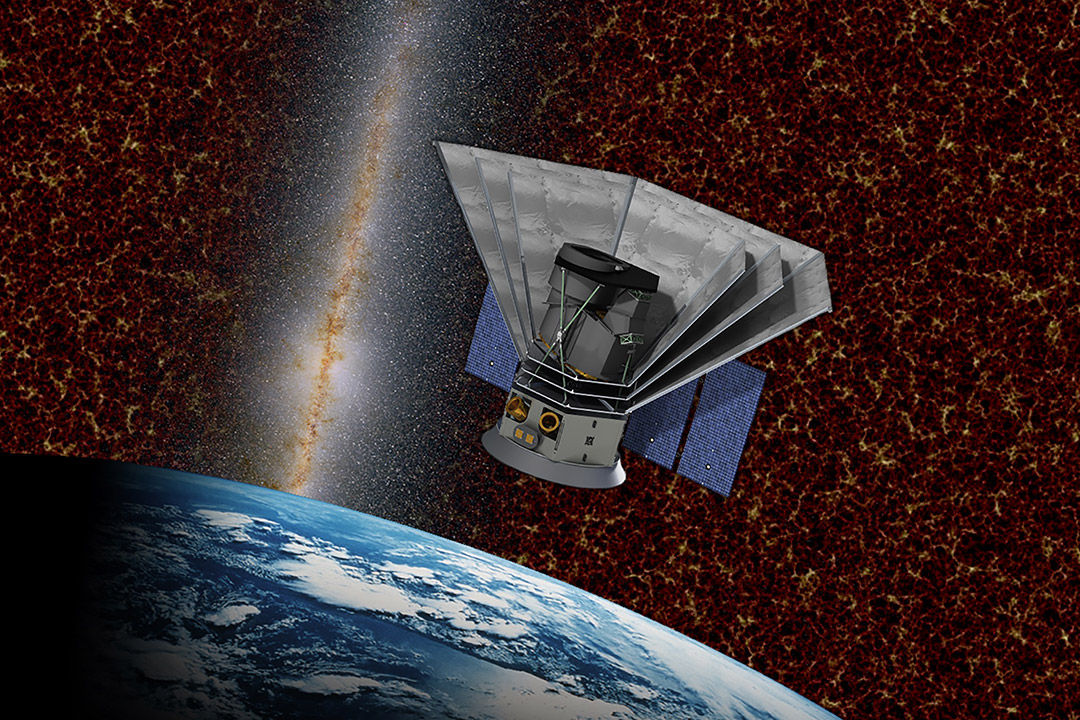 Michael Zemcov, assistant professor in the College of Science’s School of Physics and Astronomy, is part of the Spectro-Photometer for the History of the Universe, Epoch of Reionization and Ices Explorer (SPHEREx) mission, which just officially entered Phase C.

A Rochester Institute of Technology faculty member is helping to prepare an upcoming NASA mission that will look for clues about what happened less than a second after the universe-creating Big Bang. Michael Zemcov, assistant professor in the College of Science’s School of Physics and Astronomy, is part of the Spectro-Photometer for the History of the Universe, Epoch of Reionization and Ices Explorer (SPHEREx) mission, which just officially entered Phase C.

By creating a map of the universe in more than 100 colors, the mission will also let scientists learn about the formation of galaxies and search for life-sustaining molecules in the clouds of material where stars and planets form. NASA has approved the mission’s preliminary design plans for the observatory, and work can begin creating a final, detailed design, as well as building the hardware and software components.

Zemcov’s role in the SPHEREx mission focuses on the data pipeline—taking raw data from the telescope and carefully constructing images in a way that scientific conclusions can be drawn from them. Currently he is working on some of the more complex data analysis tasks, such as understanding the instrument’s responsivity to light and ensuring that the instrument’s performance is the same in flight as it is on the ground.

“One unique aspect about SPHEREx is that we’re making the data available to the public really quickly, so we need to have a good data analysis pipeline in place at launch,” said Zemcov. “That is not easy to do and requires a lot of people to do many simulations to understand how the instrument might work in flight. We’re excited for the challenge and think this is going to be an important mission in NASA’s suite.”

Managed by NASA’s Jet Propulsion Laboratory in Southern California, SPHEREx is scheduled to launch as early as June 2024. Its instruments will detect near-infrared light, or wavelengths longer than the light visible to the human eye. During its two-year mission, it will map the entire sky four times, creating a massive database of stars, galaxies, nebulae (clouds where stars form), and many other celestial objects. About the size of a subcompact car, the space telescope will use a technique called spectroscopy to break near-infrared light into its individual wavelengths, or colors, just like a prism can break sunlight into its component colors, creating a rainbow.

Spectroscopy data can reveal what an object is made of, because individual chemical elements absorb and radiate specific wavelengths of light. It can also be used to estimate an object’s distance from Earth, which means the SPHEREx map will be three-dimensional.

Before entering Phase C, the SPHEREx team completed a preliminary design review in October 2020. During this multiday process, the team had to demonstrate to NASA leadership that they can make their complex, cutting-edge mission design a reality. Usually, the preliminary design review is done in-person, but with COVID-19 safety precautions in place, the team had to adjust their presentation to a new format.

“It felt like we were producing a movie,” said Beth Fabinsky, SPHEREx'’s deputy project manager at JPL. “There was just a lot of thought put into the production value, like making sure the animations we wanted to show would work over limited bandwidth.”

For more information about SPHEREx, visit the JPL website.