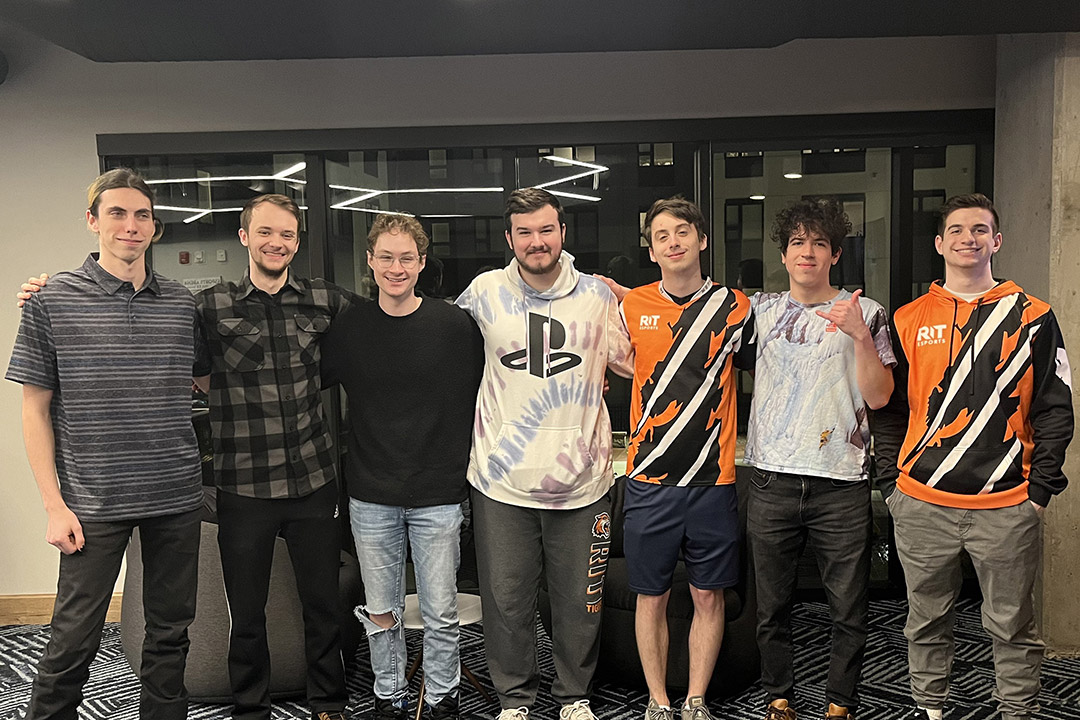 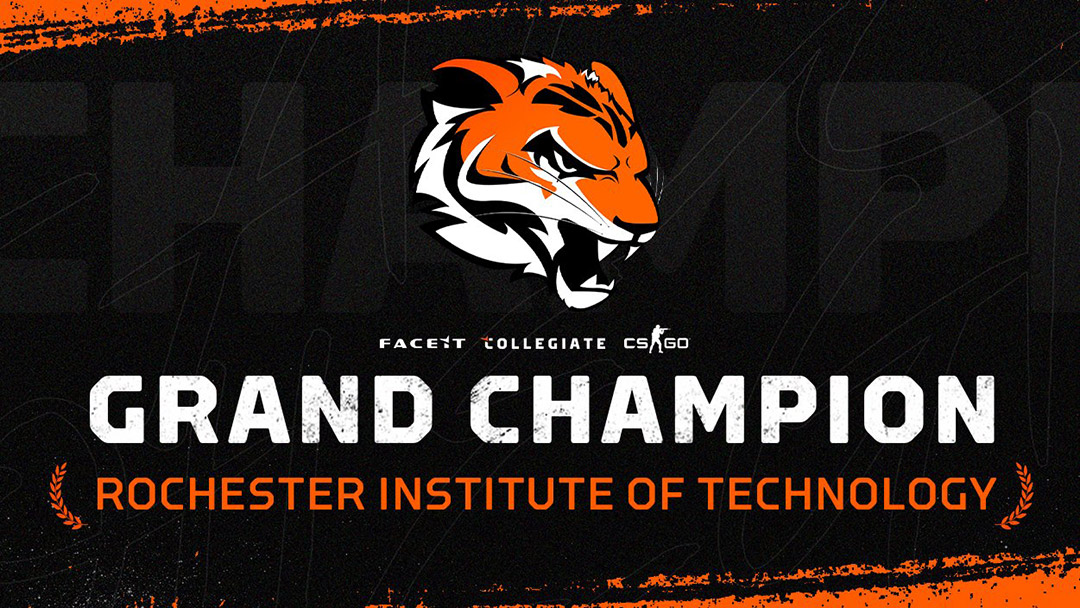 The Tigers bested 68 teams to win the 2022 FACEIT championship, which is one of the main tournaments for collegiate Counter-Strike: Global Offensive (CS:GO) esports. The RIT students won $5,000 in scholarships for playing the game. This is the university’s first national championship for the game CS:GO.

RIT ultimately took down University of Texas at Austin 3-0 to win the championship on April 23. The team won 16-7 in the Inferno map, 16-8 on the Overpass map, and 16-9 on the Mirage map. A video of the match is available to watch on Twitch.

“I think what led to us being successful was the longevity of the roster,” said Bussell. “The fact the core of the lineup had been together for so long led to good team chemistry, as well as building upon past mistakes and triumphs.”

The RIT team lost last year in the 2021 Grand Finals. Dajani stepped into the roster at the start of the year, as the team worked to make it back to the finals before most of the team graduated.

This semester, the team also placed fourth out of 49 teams in the National Association of Collegiate Esports (NACE) spring Varsity League—winning them an additional $1,000.

“I enjoy collegiate esports for the team environment, the community, and the competition,” said Bussell. “Over the past few years, I have been able to meet a lot of great people both at RIT and all across the nation at these other schools.”

At this year’s FACEIT tournament, a second team of RIT students made it to the quarterfinal round.

“Two teams from the same school making it to the top eight really cements your program as one of the most dominant, if not the most dominant, in the collegiate scene currently,” said Nate “Pineapple Philips” Jensen, the caster for the finals on Twitch.

CS:GO is a multiplayer, first-person shooter game that pits two teams of five players against each other, with each team having to complete certain objectives to win. Winning requires extensive teamwork, strategy, map selection, and good reflexes.

RIT Esports currently has more than 250 students playing in 18 different competitive esports. The university has won seven national championships in the games Hearthstone, Dota 2, Dropzone, PlayerUnknown’s Battlegrounds, and CS:GO. RIT even has an esports lounge on campus for competitions and practice.