The Frameless XR Symposium is an interdisciplinary gathering that combines technology-focused approaches with humanities-inspired theoretical inquiry, empirical research and artistic creation in AR/VR/MR. Following the symposium, proceedings will be published online through the open-access peer-reviewed journal Frameless.

(a work in progress, a few last additions coming soon....)

Interpreters can be requested at myaccess.rit.edu.

All sessions will begin in a zoom meeting and then move to our Hubs rooms for an informal gathering with presenters.

All sessions will begin in a zoom meeting and then move to our Hubs rooms for an informal gathering with presenters.

RIT students were invited to design and host a virtual room in Mozilla Hubs for the 5th annual Frameless XR Symposium.  Prizes went to the winning rooms showcased and utilized at the 2020 Symposium. 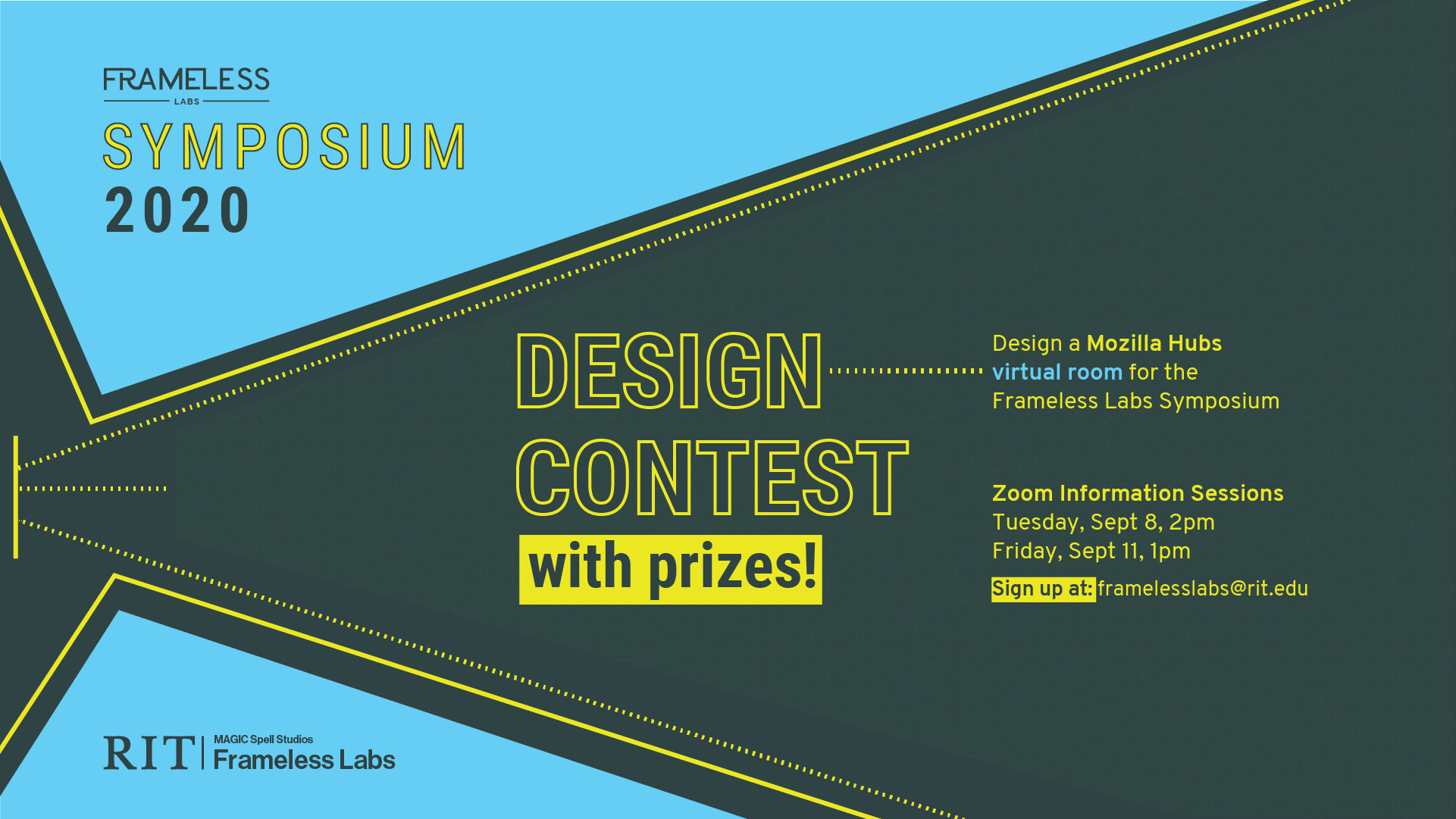 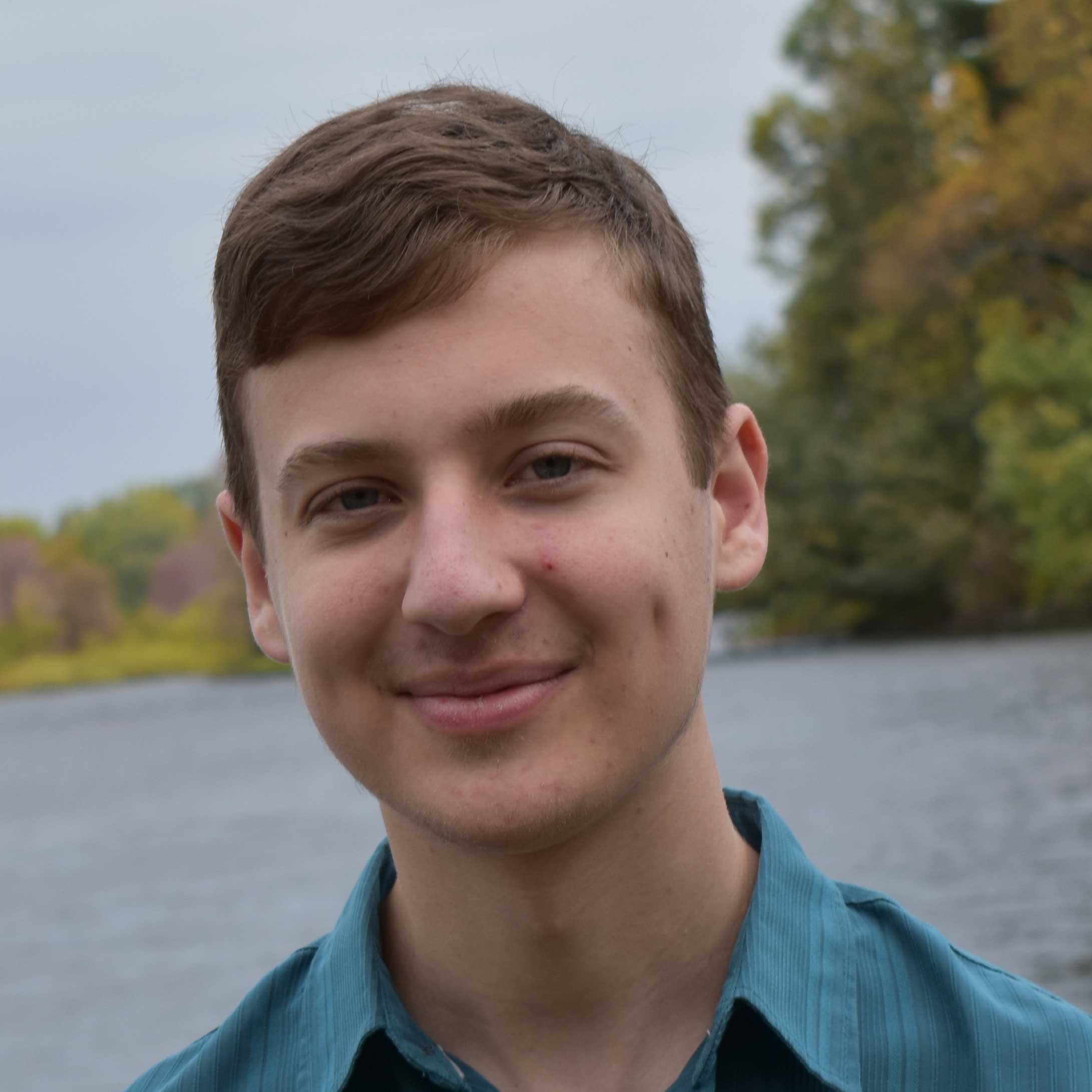 I was attracted to the competition because 3D modeling and environment design are interests of mine. I've created virtual environments before, mostly custom levels for games such as Half-Life or Portal. It's a bit different though, since those have you move linearly through a space, rather than an open space with many people. So designing rooms for people to interact with each other was definitely a unique challenge. I started by just brainstorming places that would be cool to meet in. I wanted to take advantage of the fact that it's virtual and could be anywhere, so I knew I wanted it to be someplace you couldn't easily go in real life. Admittedly, space isn't that unique an idea, but I tried my best to make the space station itself unique and visually interesting. I used Blender to create each part of the room, and while I've done some 3D modeling before, I learned a lot from using it for this competition. I started with a central area, and branched out with several smaller meeting areas for people to separate out into. I was sure to add lots of windows, as my hope is that the view will in some way be calming or inspiring while people chat. I hope people enjoy the space! 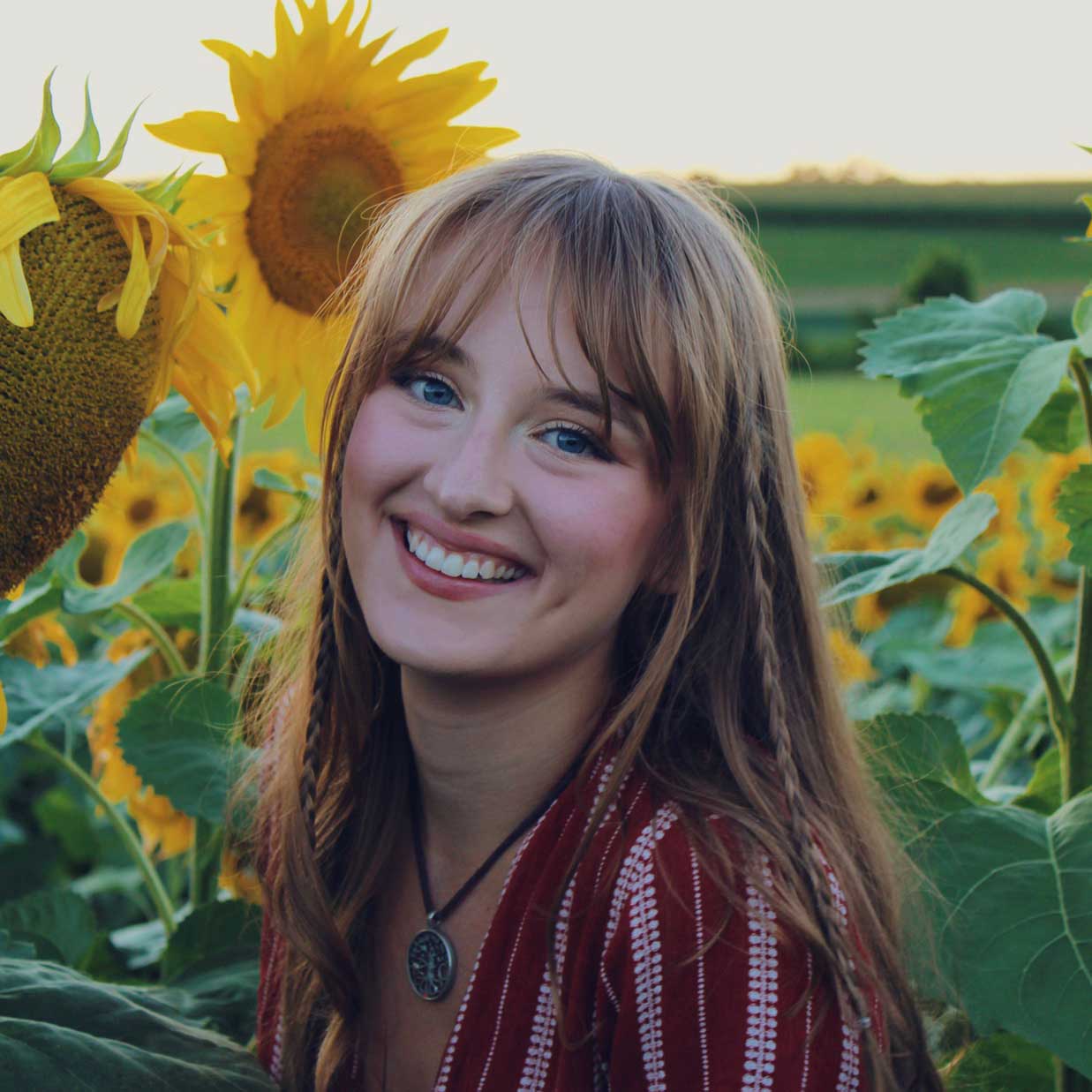 I was first drawn to this competition because it was such a unique opportunity and the perfect way to showcase the kind of art I’ve been working on in Google Tilt Brush. Hubs was new to me, and I definitely had to go through a learning process to make everything run smoothly. Almost all of my work has a nature theme to it. I love to use bright colors to create dream-like scenes. I wanted to create a space that I wish I could experience in real life. I first imagined what it would be like to be in a room underwater, and included a ceiling, walls, and chairs. I had to go through the process of letting go of the constraints a real life room has, because these objects have no structural function in VR. I realized that we could be fully immersed underwater, there was no need for a virtual boundary to separate us from virtual water. I learned that VR allows you to be anywhere your imagination can take you! I have one other VR environment that I am looking forward to sharing during this symposium as well! 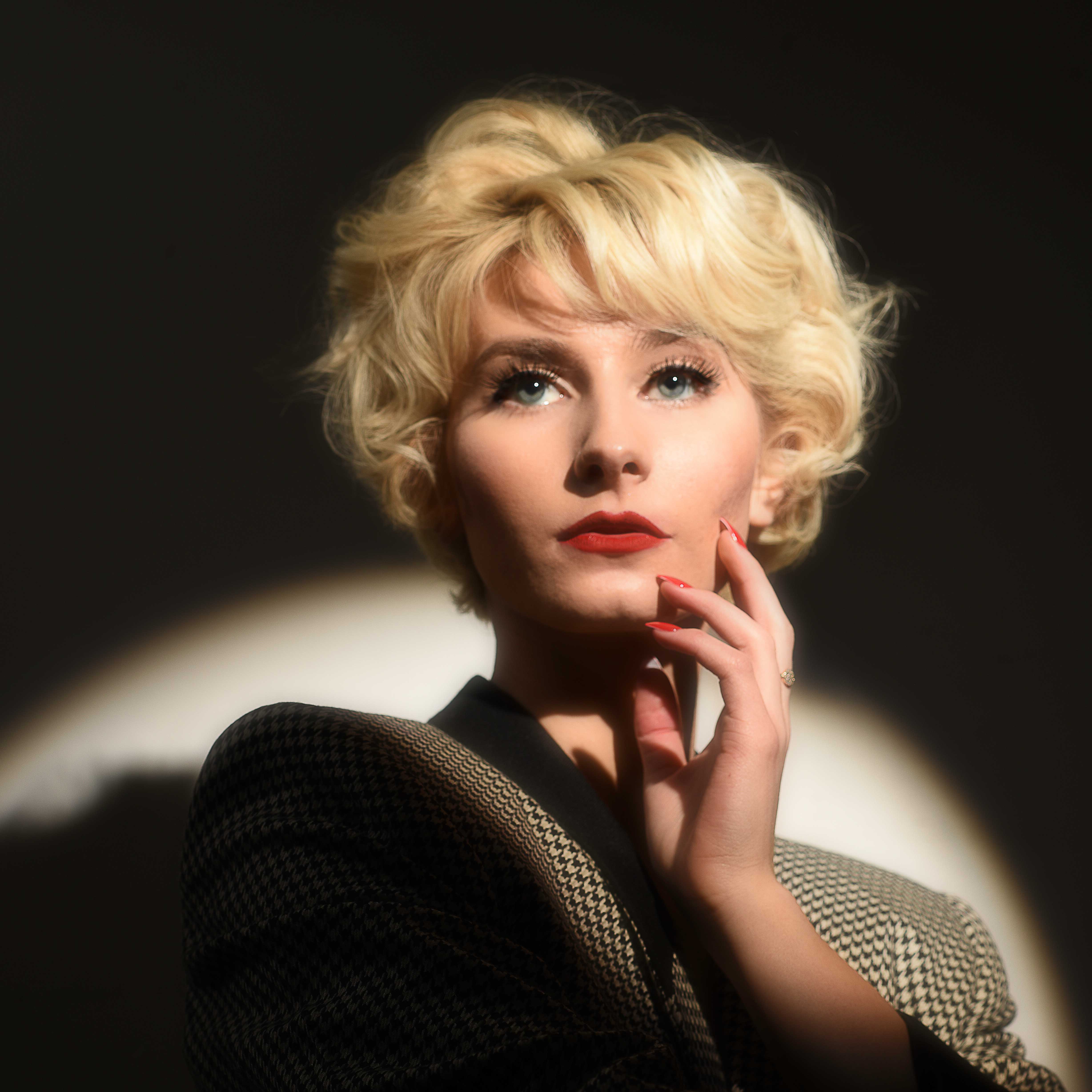 I was encouraged to enter this competition even though hubs was entirely new to me and I have little to no experience with virtual reality and 3d modeling. However, I love interdisciplinary work and the opportunity to dive into something new! Much of my photographic work hinges on encouraging people to rethink cultural norms by way of satire and surrealism, both of which I wanted to bring into this room. I wanted to make a room that was more similar to an art exhibit than a traditional environment. I want the viewers to have to confront the figures physically and contemplate what their own experience might be like in a true 24 hour period in isolation with no external stimuli. Hopefully this thought process inspires self reflection and promotes interesting conversation with others! Virtual reality is the ultimate way to experience otherworldly places, so creating one helped me think about all the ways I can push my other work to be more immersive and that much more effective.

This room was created by our first place winner, Julian Heuser.

This room was created by our second place winner, Isabelle Anderson.

This room was created by our third place winner, Julia Abbonizio.

The Frameless Symposium organizers value the diversity of views, expertise, opinions, backgrounds, and experiences reflected within our community and are committed to providing a welcoming, productive, and safe environment for all participants of our events. This Code of Conduct is important for promoting diversity and creating an inclusive, supportive, and collaborative environment for all.

All event participants – including, but not limited to attendees, speakers, organizers, volunteers, exhibitors, personnel, members of the media, vendors, and service providers--are expected to abide by this Code of Conduct.

Read the full code of conduct

Symposium Proceedings will be published online through the open-access peer-reviewed journal Frameless. This will include a symposium program, abstracts, and final (post peer-review) full papers.

The call for proposals is now closed.

View PDF of Call for Participation  View Past Symposium Programs

Frameless Labs brings together diverse communities engaged in research, innovation, and artistic creations surrounding XR (VR/AR/MR) mediums and is under the umbrella of the RIT MAGIC Center.