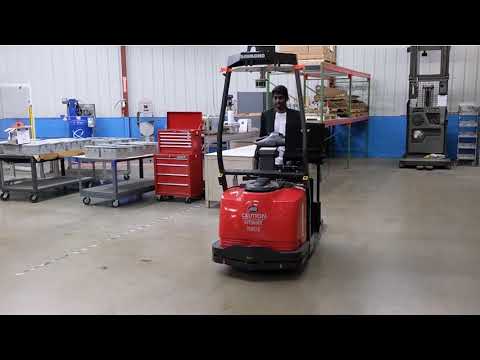 This video had a YouTube Premiere at 1:15 p.m. during Imagine RIT 2021. During the premiere, viewers could chat live with the presenters and audience. View the chat transcript and video on YouTube

Autonomous robots are being developed for application ranging from lawn mowing to healthcare. We are developing an intelligent Material Handling (iMH) system that will consist of a fleet of autonomous forklifts that will operate in a warehouse. The robots use sensors to move between locations within a warehouse and to communicate with one another to efficiently store and retrieve items.

The exhibit will consist of a 2-3 minute video describing the project and demonstrating the sensors and technologies used in the development of autonomous robots and forktrucks. The video contains clips of the three stages of our research going form simulation to a small robot platform and finally to a full scale forktruck. The video also shows some of the sensors deployed on the autonomous agents and what the sensor allow the robot to "see" and enabling the robot to navigate in the environment. 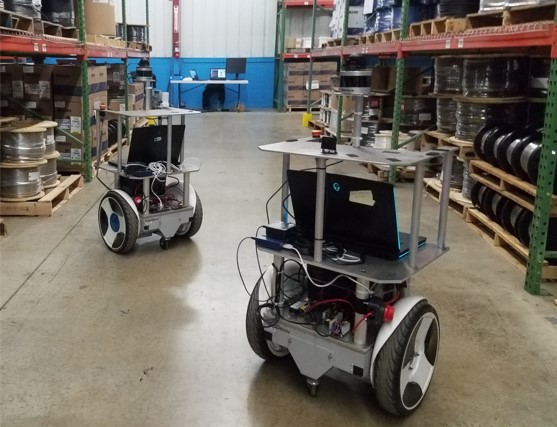