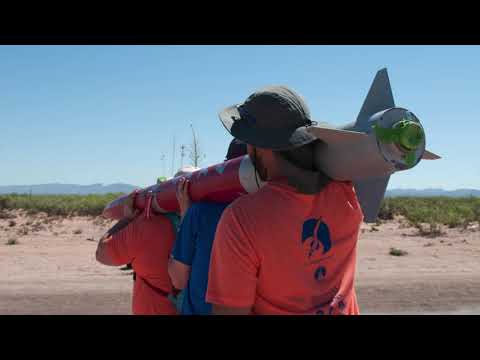 RIT Launch Initiative is a multidisciplinary student organization that applies the principles of rocket design and manufacturing for learning and competition. We aim to prepare students for excellence in aerospace, to conduct novel research and development, and to put RIT at the forefront of collegiate rocketry and competition. From design to launch, we are committed to providing real-world engineering experience through leadership, education, and a desire to explore the unknown.

The IREC team is responsible for developing and constructing a fully functional, high-powered rocket for the annual Intercollegiate Rocket and Engineering Competition. This year's rocket is called Blackout - a high-powered rocket to compete in the 10,000 ft. category. It features custom-made carbon fiber body tubes, as well as enhancements to the previous year's avionics, camera bay, recovery systems, and a custom payload built by the RIT Spex team.

The custom carbon fiber body tube is done by winding carbon fiber tow, soaked in epoxy, around a mandrel. We then wrap nylon release peel ply on top and then let it sit until hardened. Later, we peel off the peel ply and remove the carbon fiber tube from the mandrel.

The avionics team is responsible for developing custom flight computers and avionics systems to track the team's rocket, record data, and monitor flight conditions in real-time.

S.P.I.C.A. is the RIT Launch Initiative's custom flight computer with the ability to measure altitude, temperature, pressure, pitch, roll, yaw, acceleration, and location. It is also responsible for the deployment of parachutes and data-logging. The board uses the STM32F103RGTx microcontroller and is developed in C++ using the library. Currently in development is the ground station which is responsible for retrieving data from the flight computer and displaying real-time flight data.

The Propulsion team is a research and development team that focuses on designing, manufacturing, and testing liquid and hybrid rocket engines to implement these engines into future rockets.

Recently, the team has completed manufacturing for our very first liquid rocket engine, the RL-36! The engine consists of many custom-made components including a combustion chamber, an injector, a feed system, and a static test stand. The combustion chamber is designed to mix propellants, causing the gases to move towards the nozzle. The injector then safely atomizes the fuel before the feed system delivers the propellants to the engine. Additionally, the test stand is designed to mount all the components for the feed and data acquisition systems in order to connect them to the engine.

Space Race is a year-long engineering competition held for first-year Launch Initiative members to learn the fundamentals of rocketry! Each team is responsible for designing and building an L2 class high-powered rocket which will be judged based on altitude, accuracy, design, and ingenuity.

Our first Space Race team is the Prometheus, whose mission is to house a single fisheye lens camera in the center of the payload bay to record a video during flight. As for the second team, Dragonfly-44, their mission is to implement a new smoke-flare system aimed to make the searching and recovering of rockets easier. Additionally, the team plans to place a 360° camera system near the aft of the rocket to examine the process. 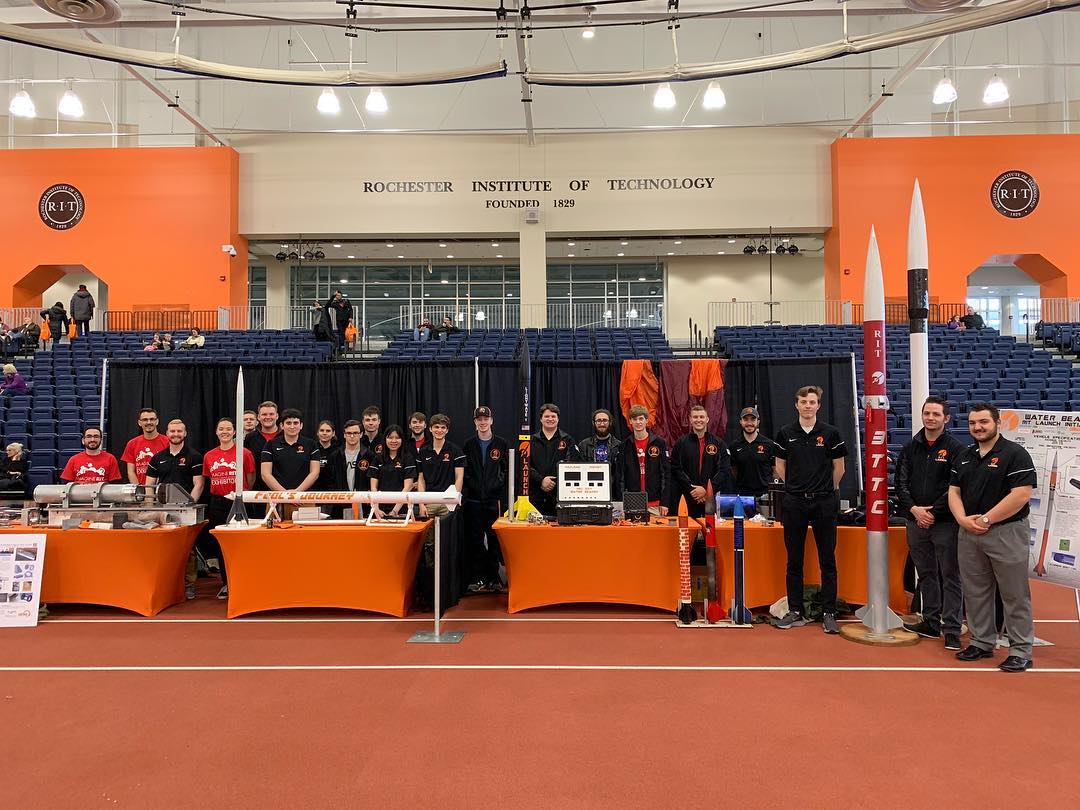