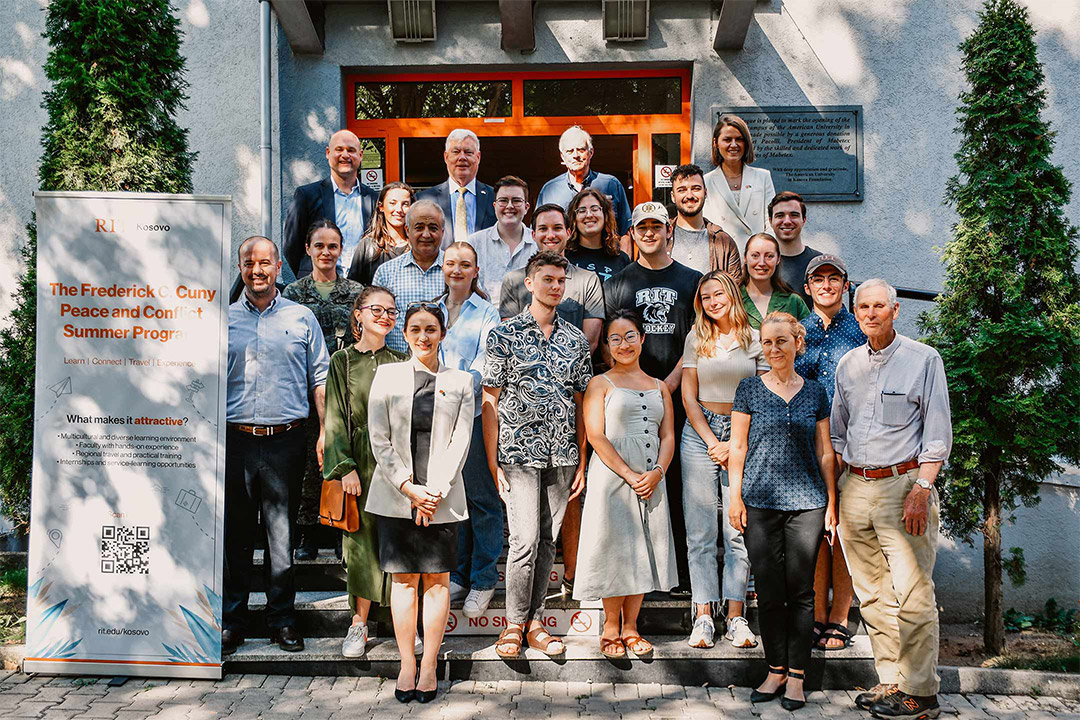 Students and faculty participating in the Frederick C. Cuny Peace and Conflict Summer Program gathered for a renaming ceremony at RIT Kosovo over the summer.

RIT Kosovo recently rechristened its unique and long-running summer program that explores the origin and resolution of armed conflict, reconstruction, and institution building at the end of wars. The Frederick C. Cuny Peace and Conflict Summer Program was renamed in honor of the humanitarian and disaster relief specialist who worked in crises in more than 50 countries.

The summer program opens with a one-week study tour to Albania, Montenegro, Croatia, and Bosnia and Herzegovina, where students meet officials and activists and visit historic and recreational areas in the Balkans. Upon return to Prishtina, students work in Kosovo’s living laboratory of history in the heart of the Balkans to explore the origin and resolution of armed conflict, reconstruction, and institution building at the end of wars. 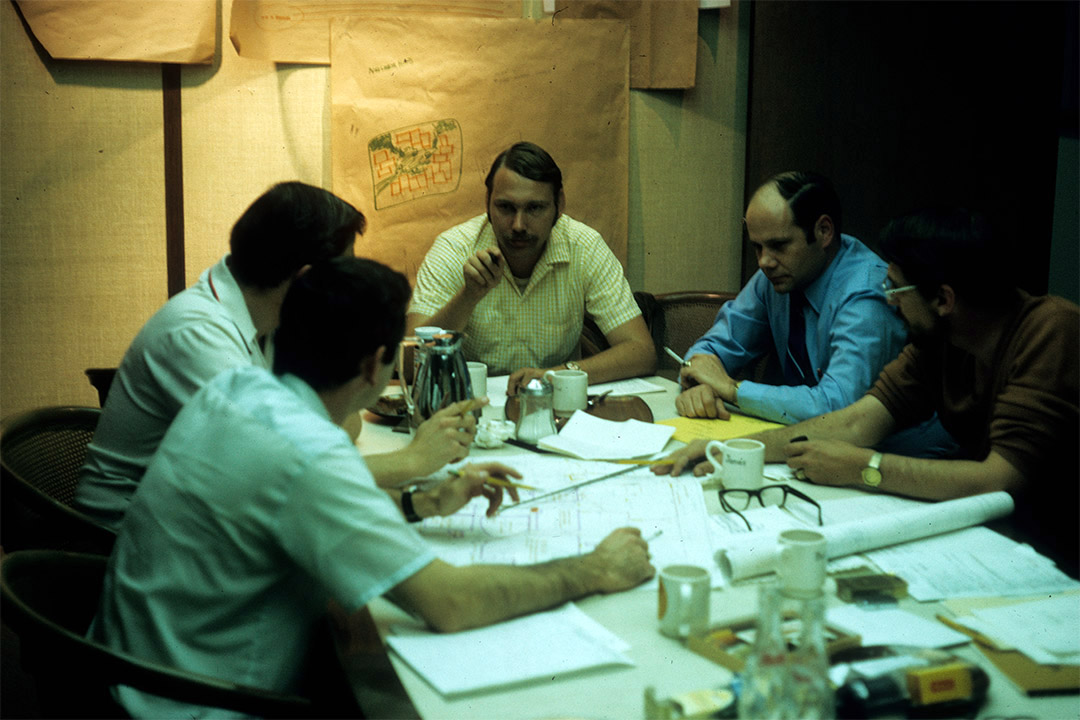 The Frederick C. Cuny Peace and Conflict Summer Program was renamed in honor of the humanitarian and disaster relief specialist, center, who worked in crises in more than 50 countries.

Courses are taught by senior civilian and military officials, non-governmental organization activists, and academics with hands-on experience in the Balkans, Middle East, and elsewhere. Colonel (Ret.) Michael Hess is the program director and first met Cuny in Northern Iraq in 1991 while Cuny was part of a USAID Disaster Assistance Response Team sent to help Kurds who had fled into the mountains. He said renaming the summer program after Cuny was a fitting tribute.

“He saw disasters as an opportunity where you can rebuild the country,” said Hess at a renaming ceremony for the summer program. “Fred believed in training people just like RIT Kosovo trains its students…a whole generation of humanitarian workers was trained by Fred.”

The summer program’s new name was made possible through a $25,000 donation by the U.S-based Cuny Center for the Study of Societies in Crisis, which will serve as seed funding for establishing the Frederick C. Cuny Center for Peace and Conflict Studies.

The summer program enrolls up to 50 students from universities across the U.S. each year, including several from Rochester Institute of Technology’s main campus. To help encourage more students from RIT’s main campus to participate in the Frederick C. Cuny Peace and Conflict Summer Program, the university is piloting six new scholarships ranging from half to the full cost of the program. The scholarships are sponsored by several different organizations, including the Department of Political Science, the international and global studies program, the College of Liberal Arts, and the Office of International Education and Global Programs.

“The Peace and Conflict Summer Program is a powerful and unique opportunity for students to learn about the peace process directly from diplomats and practitioners who were on the ground during the Kosovo crisis, while visiting relevant sites and touring some of the most beautiful countries in Eastern Europe,” said Lauren Hall, chair of the Department of Political Science. “We’re incredibly lucky to have this relationship with RIT Kosovo and we’re thrilled that, through these scholarships, we can continue to deepen this partnership.”