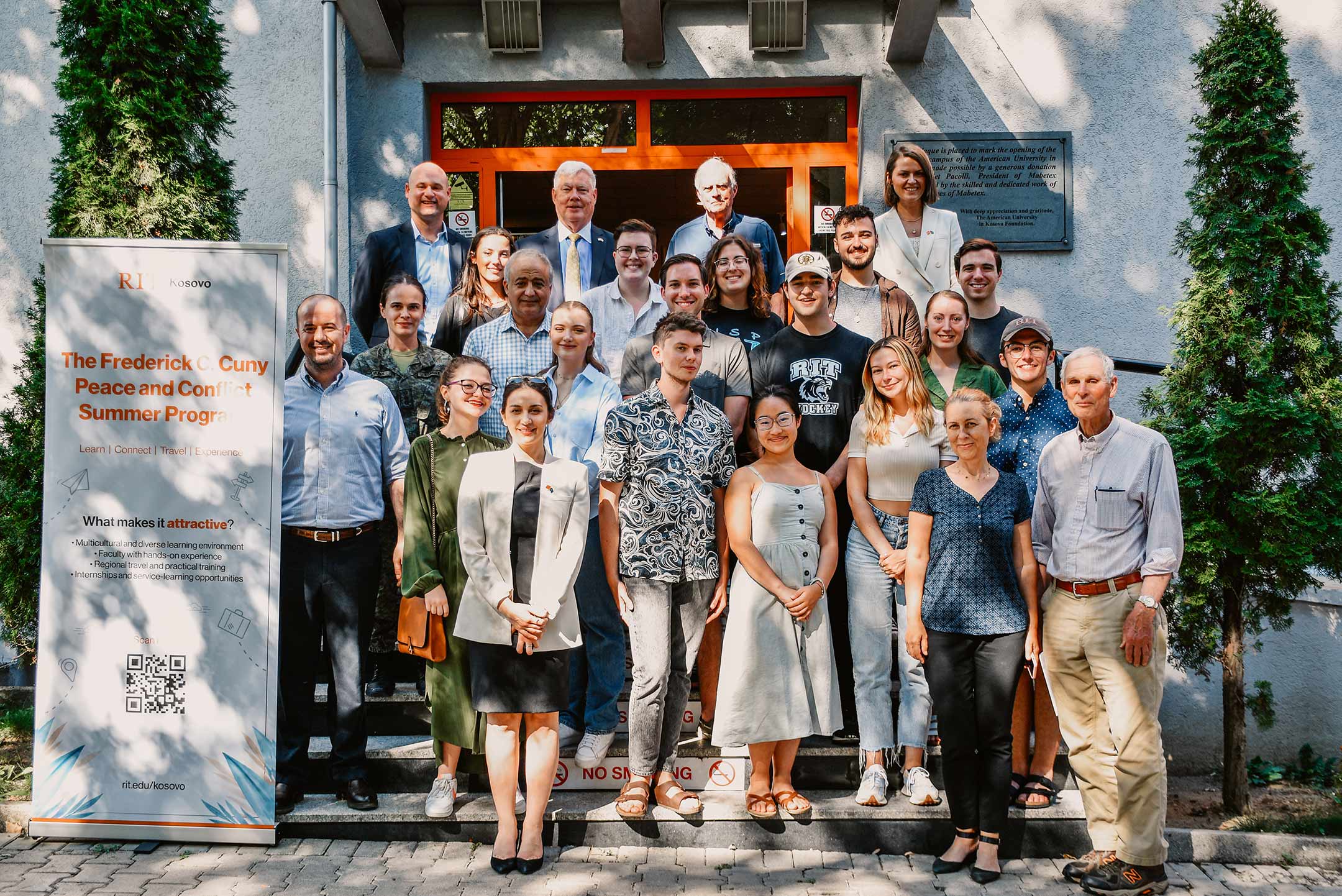 On June 27, 2022, RIT Kosovo (A.U.K) held the renaming ceremony for the summer program in honor of Frederick C. Cuny, the American humanitarian and disaster relief specialist who is considered a foremost influential thinker, innovator, and practitioner in the humanitarian response field. Fred Cuny designed creative relief operations in more than 60 countries that almost always challenged the conventional wisdom on how to bring humanitarian assistance and how to change social and economic circumstances that affect disasters. 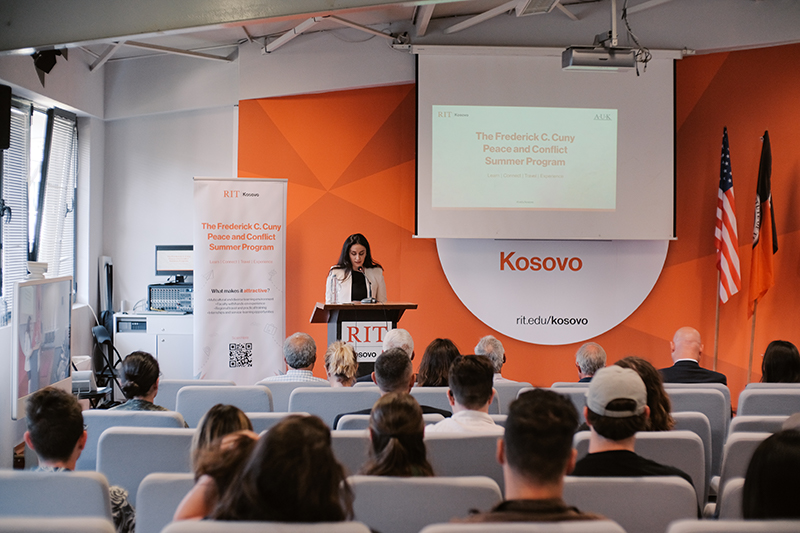 In his opening remarks, Dr. Kamal Shahrabi, President and Dean of Faculty at RIT Kosovo (A.U.K) welcomed the guests and students, and announced that “We are renaming the Summer Program in honor of Fred Cuny, an individual who dedicated his life to peace and the humanitarian.” He highlighted the strengths of the Summer Program which provides students learning opportunities from experienced practitioners in addressing crises and resolving conflicts. President Shahrabi further said that the life and work of Fred Cuny will inspire students for generations to come, as he laid out the goal to establish a center in his honor – “so that issues of peace and conflict can be addressed all year round.” 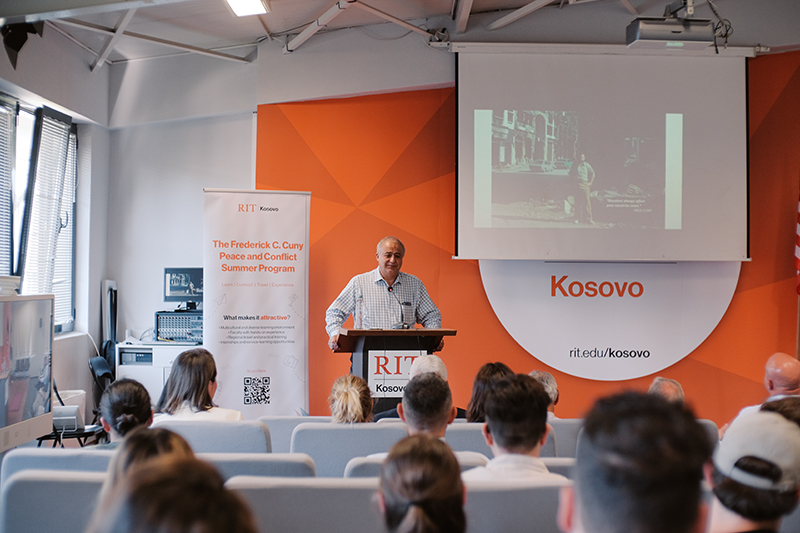 Prof. Colonel (Ret.) Michael E. Hess began his keynote address by recounting the first time he met Fred Cuny in Northern Iraq in 1991. As part of a USAID Disaster Assistance Response Team (DART), Fred Cuny was sent to Northern Iraq to help Kurds who had fled into the mountains, playing a key role in bringing them back home. Speaking about the experience, Prof. Colonel (Ret.) Hess said “Fred Cuny never gave up, he mastered the art of the impossible” and that he had a peculiar approach that “saw disasters as an opportunity where you can rebuild the country.” Prof. Colonel (Ret.) Hess continued that “Fred believed in training people just like RIT Kosovo trains its students…a whole generation of humanitarian workers was trained by Fred” who left behind seminal works in the field of disaster response and relief. 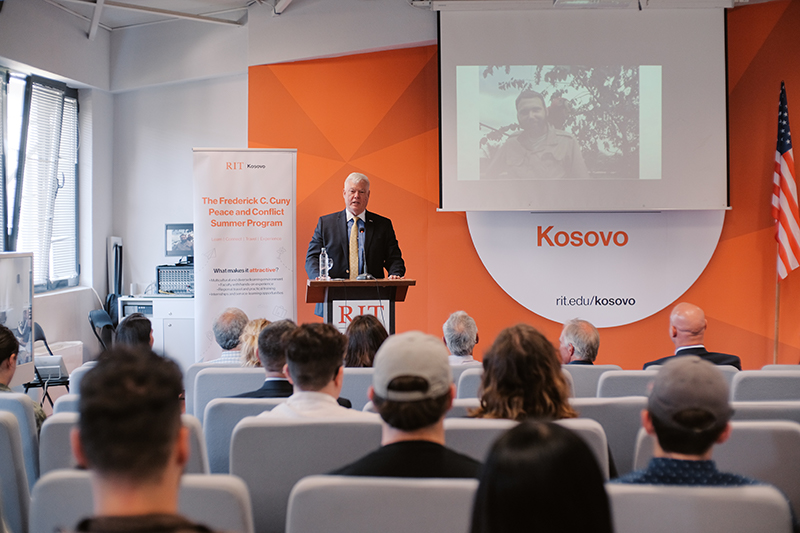 Mr. Andrew Natsios, Director of the Scrowcroft Institute of International Affairs at Texas A&M University and former Administrator of USAID joined the ceremony virtually. He expressed that:
“Fred understood that military officers, diplomats, and aid workers are all connected to each other and they affect each other in a profound way. He was able to analyze the unintended consequences from various actions of different actors and that helped us a lot in many emergencies.” Members of the Fred Cuny family were also part of the renaming ceremony. Through a video message, Fred Cuny’s son, Mr. Craig Cuny thanked RIT Kosovo (A.U.K) for honoring Fred Cuny and keeping his work and memory alive. “I wish your program tremendous luck; may it grow with the leaders of tomorrow!” stated Mr. Cuny. 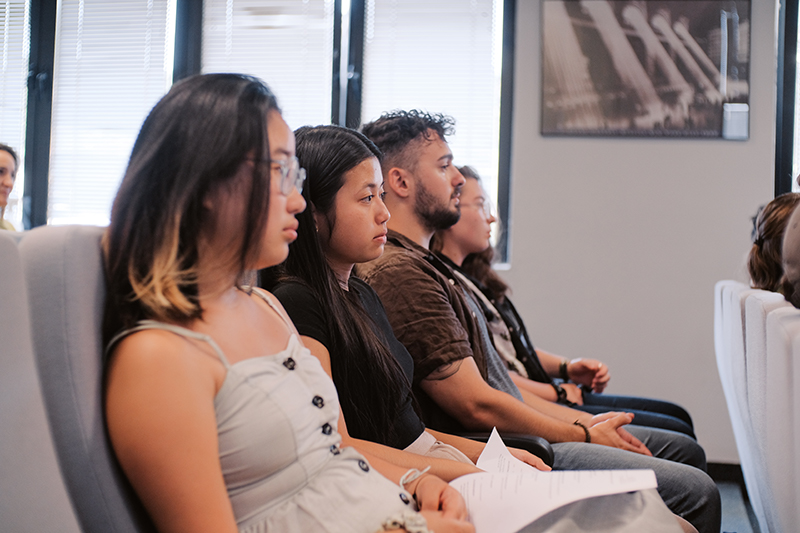 Prof. Louis D. Sell, a retired U.S Foreign Service Officer recounted the ingenuity of Fred Cuny in constructing life-saving water treatment systems during the Siege of Sarajevo. He said “Fred Cuny was one of those humanitarian workers who repeatedly put his life on the line for other people” and “we as practitioners are continuing the legacy of Fred Cuny by providing hands on experience to students who want to make a difference.” 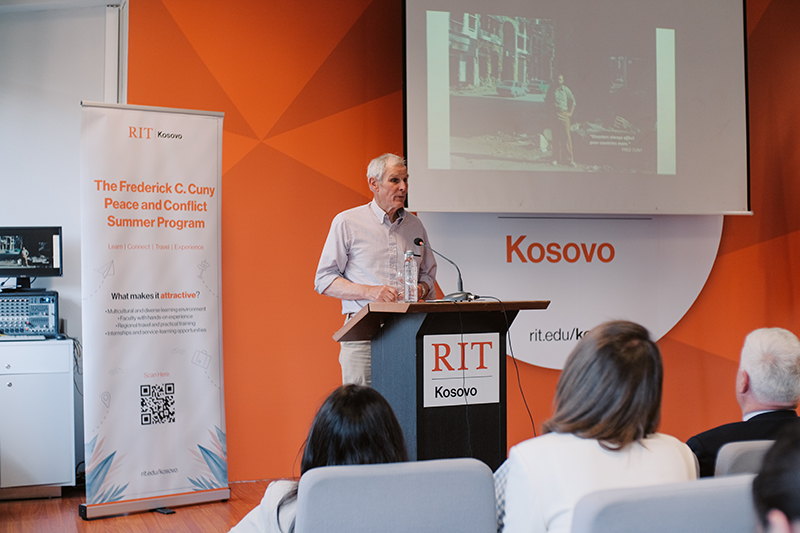 Prof. Jock Covey, a cross-cultural executive and diplomat stated that “we are here to take our place standing in the shoulders of geniuses like Fred Cuny, who see somehow with an intellectual x-ray vision the part of the problem that deluded us and how there might be a path to resolve it…they have a charisma to sweep us along and the energy to keep at it.” He continued that although we cannot be like Fred, we can learn to unpack his toolbox “that is why we are here today and that is the best way we can honor him.” 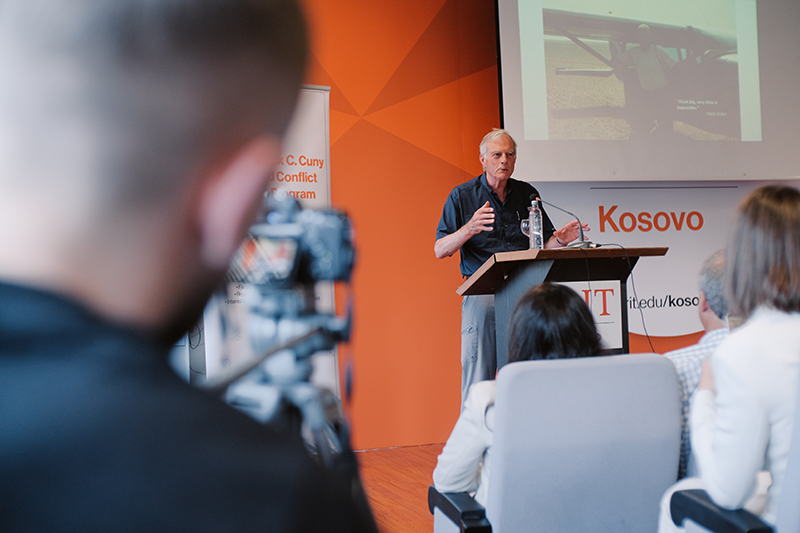 The renaming of the Summer Program was made possible through the $25,000 donation of U.S-based Cuny Center for the Study of Societies in Crisis, which will serve as seed funding for establishing the “Frederick C. Cuny Center for Peace and Conflict Studies.

To learn more about the influential work of Fred Cuny please visit this link: https://fredcuny.info/