RIT Kosovo (A.U.K) will deliver an outstanding American education for students from Kosovo and the world through innovative curricular, experiential, and research programs in a student-centered culture.  Our students acquire expertise, knowledge, and values that prepare them to contribute to the global society.

RIT Kosovo (A.U.K) will be a leading international university whose excellence in academic programs, educational outcomes, and research best supports the professional achievements and personal growth of its students and the advancement of society in Kosovo, the region, and the world.

The degrees we offer are accredited and recognized world-wide thanks to our partnership with Rochester Institute of Technology (RIT) in New York. As an educational institution, we are committed in developing Kosovo’s economy through education. We hold ourselves to the highest standards and measure against the leading universities in South East Europe and the rest of the World.

RIT Kosovo student body is comprised with students coming from different countries around the world. RIT Kosovo (A.U.K) delivers the same excellent standard of American higher education that is received by RIT students in the US – that means the same degree, the same syllabus, the same exams and grading standards – taught by many of the same faculty members.

Our job is teaching our students with the highest international standards. We do not offer any PhDs or other research degrees. We strive to provide an education which puts our students on the same competitive level as their peers from the best universities in the United States and Europe. After graduation, our students are prepared to enter their professional career or move on to postgraduate studies. Our level of success can be measured by the quality of our previous graduates. Judging by their success stories, we can say that RIT Kosovo (A.U.K) has been successful in its mission. 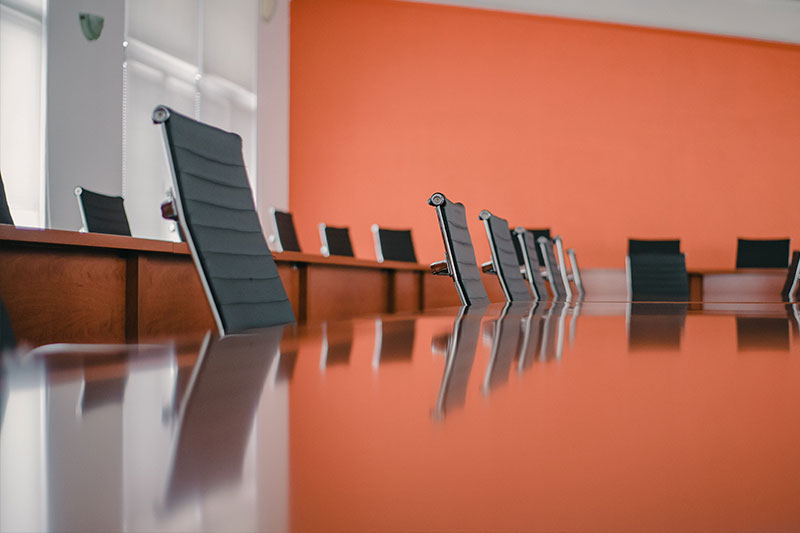 Earn a degree that opens your doors to the world

RIT Kosovo is Kosovo's only institution of higher education awarding American degrees. RIT Kosovo offers a Bachelor of Science in Applied Arts and Sciences degree from the Rochester Institute of Technology.

Academic programs offered at RIT Kosovo are carefully tailored to fit first and foremost the needs of Kosovo, while at the same time offering a foundation for further education of students who want to expand their careers.

Our graduates can be found in every walk of life, being that in the private or public sectors. Since our graduates receive an RIT degree, upon graduation you will become a member of Alumni of over 100 thousand members all around the world. 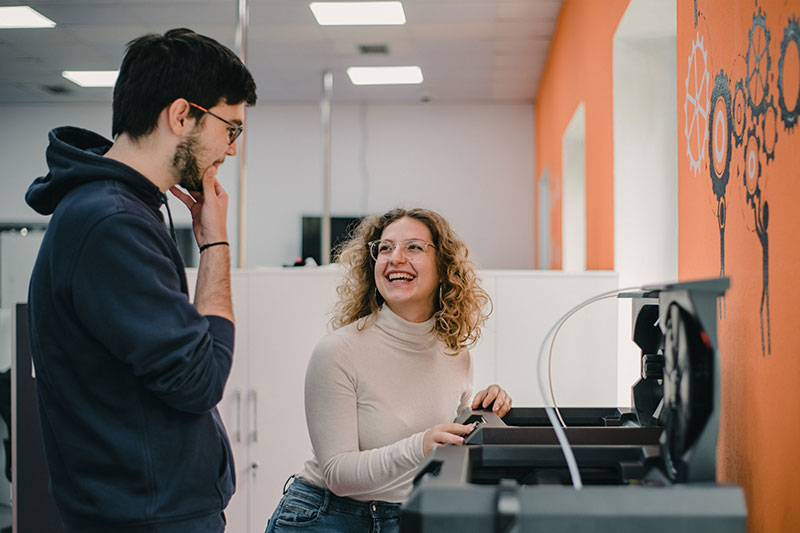 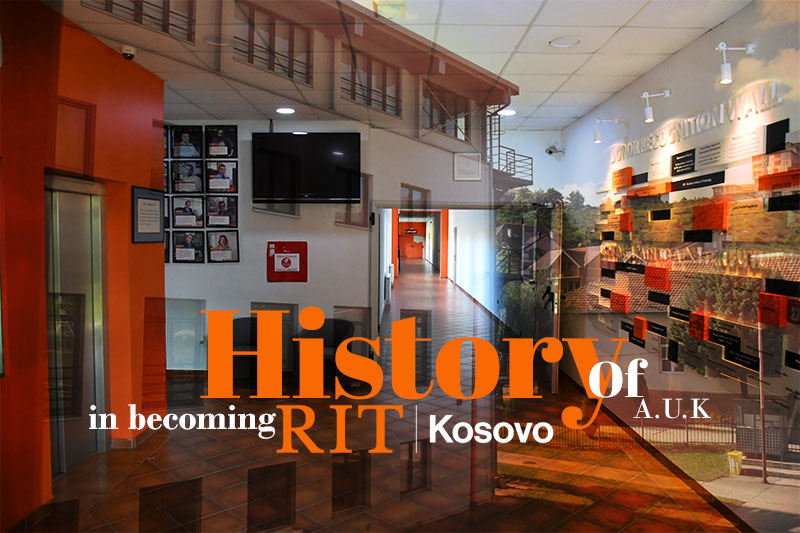 Kosovo and the United States of America share a bonding friendship. Once the Kosovo war ended in 1999 after the NATO intervention, prominent Kosovars and Albanian Diaspora sought a way to honor and memorialize the major role of United States during the conflict. They had the idea in establishing a private non-profit University with a model of higher education equivalent to a university in the United States. Kosovo went through re-building after the war, preparing students for careers was deemed critical. Immense discussions led to a major donation on behalf of the Union Fund for the Reconstruction of Kosova (UFORK) funding the start-up of the American University of Kosovo Foundation in 2002. UFORK Foundation established the American University in Kosovo (AUK), now re-branded to RIT Kosovo in support to Kosovo and neighboring countries for developing their economies, societies and democratic institutions. UFORK was the post-war balance funds raised by the Kosovo diaspora during the 90's to support the parallel schools and other parallel institutions in Kosovo. At the time Kosovo`s government-in-exile was led by Mr. Bujar Bukoshi. These funds were donations from thousands of Kosovar families living across the world. Today, RIT Kosovo is mindful for the funds of hard-earned contributions from the people of Kosovo. 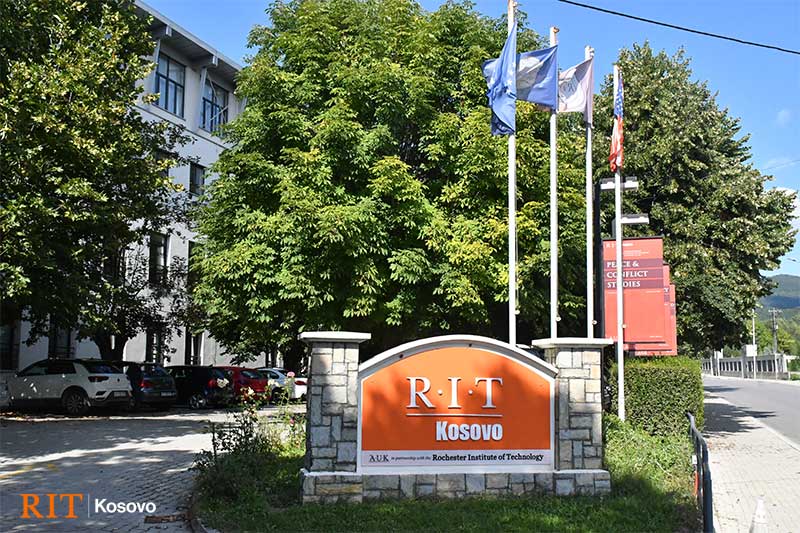 RIT Kosovo can proudly reflect upon its institutional achievements and the successes of our students and alumni. From crowded temporary quarters in the Sunny Hill neighborhood of Prishtina, RIT Kosovo moved to its present renovated facilities in Germia in 2005. The property was kindly leased for free by the Municipality of Prishtina, and the main campus building was reconstructed through the generosity of Behgjet Pacolli Foundation. The campus’s convenient location suits most students while the buildings are sufficient to meet the basic requirements of our academic programs. The addition of a second building in 2006, currently housing the lively cafeteria, R&D Lab and a small student dormitory, significantly enhanced our facilities. RIT Kosovo campus is now a vibrant environment with a youthful and dynamic atmosphere.

FOUNDED IN 2002, RIT Kosovo (previously named and also known as ‘The American University in Kosovo’ or A.U.K) is a not-for-profit, higher education institution chartered in Kosovo and offering degrees from the Rochester Institute of Technology (RIT, founded 1829) in Rochester, NY, USA.

THE CAMPUS occupies 2.1 hectares (5.19 acres) in the Gërmia neighborhood of the capital city, Prishtina, in Europe’s youngest nation, The Republic of Kosovo (2008).

RIT KOSOVO ALUMNI number more than 1600, and they are among more than 136,000 RIT ALUMNI worldwide.

GOVERNANCE/BOARD OF TRUSTEES Institutional governance is apportioned and delegated among the Board of Trustees, administration, faculty, staff, and students of the Institution. The American University in Kosovo Foundation (AUKF) Board of Trustees is composed of individuals who guide and support the institution toward its mission and carries out fiduciary duties and other responsibilities. The RIT Kosovo (A.U.K) Academic Senate provides for the exercise of the faculty's role in academic decisions, the protection of legitimate faculty aspirations, the implementation and preservation of academic standards, and the promotion of the academic welfare of students. The Student Government works to improve the quality of students’ life at RIT Kosovo. and serves as the instrument through which the student body may collectively influence decisions about student activities, roles, curricula, and other interests.

ACCREDITATION: RIT is chartered by the legislature of the state of New York in the United States of America, accredited by the Middle States Association of Colleges and Schools. In addition, individual colleges have professional accreditation for specific programs. RIT Kosovo degrees are therefore accredited by the Middle States Association of Colleges and Schools. Additionally, in Kosovo, RIT Kosovo (A.U.K – The American College of Kosova) is licensed by the Kosovo Ministry of Education, Science and Technology (MEST) and institutionally accredited by the Kosovo Accreditation Agency (KAA). “The American University in Kosovo, Gërmia Campus, Kosovo,”, is listed on the Middle States Commission of Higher Education, Statement of Accreditation Status, under “Instructional Locations” as an “Additional Location” and is “Full Approved” and accredited. The full report can be found here: https://www.msche.org/institution/0372/ by selecting “Statement of Accreditation Status” in the lower right hand corner. All credit bearing courses and programs at RIT Kosovo are provided by RIT. 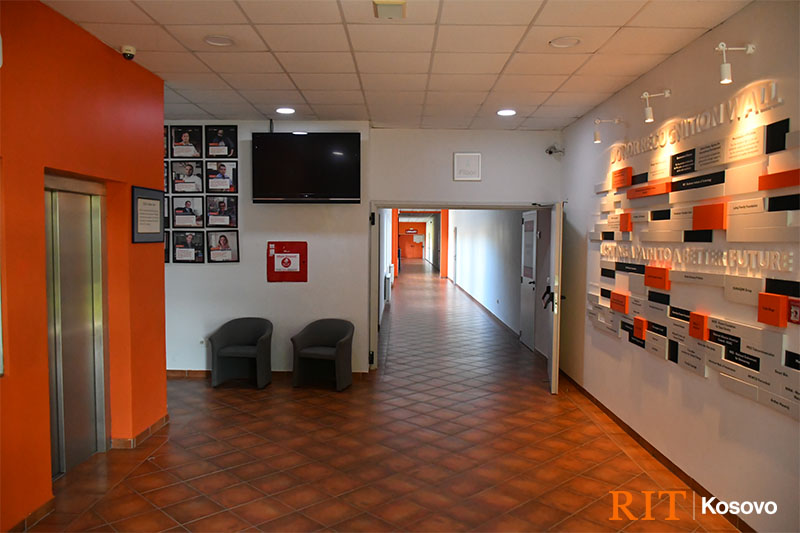 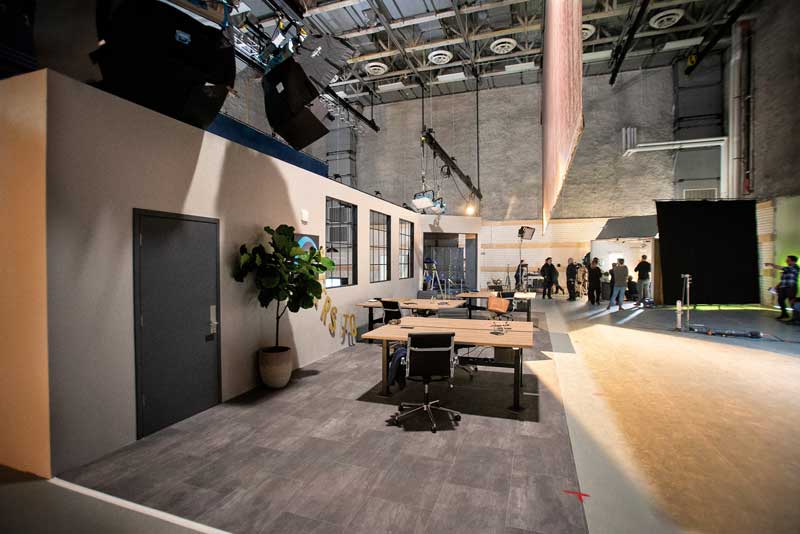