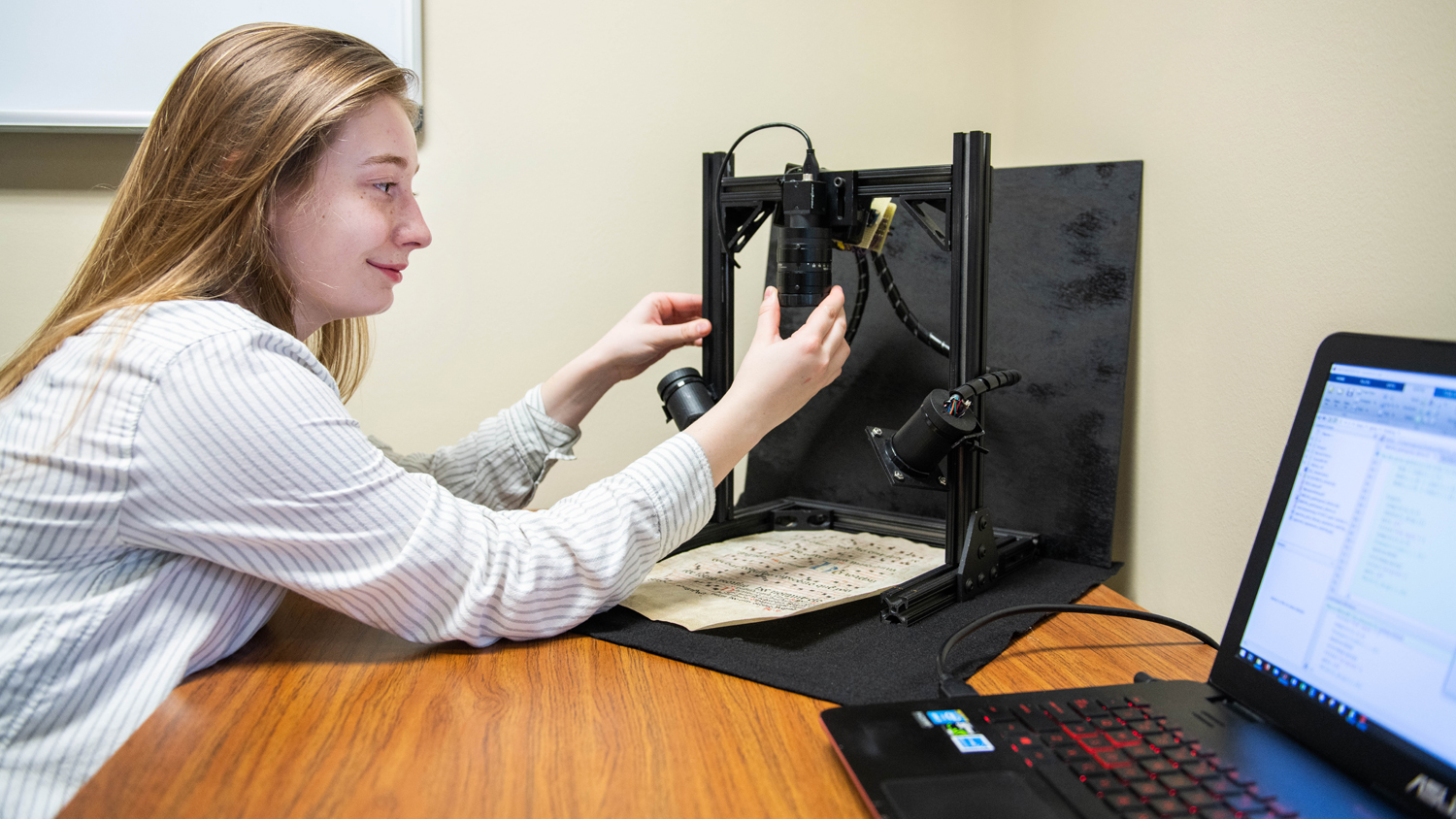 RIT’s Center for Imaging Science is part of the Rochester Cultural Heritage Imaging, Visualization, and Education group (R-CHIVE), a collaboration of university researchers and students with the goal of extending the corpus of mankind’s cultural heritage. R-CHIVE leverages the long history of imaging innovation and humanities excellence in Rochester to recover inscriptions from manuscripts and maps that had been erased or otherwise damaged. R-CHIVE puts Rochester is on the forefront of scientific study of cultural heritage. R-CHIVE’s task is both urgent and difficult due to the loss of artifacts resulting from climate change and deliberate destruction.

Over the last two decades, R-CHIVE members have participated in numerous projects that successfully recovered writings formerly thought lost, including Archimedes Palimpsest, the oldest known copies of the writings of Archimedes from the 10th century that were erased and overwritten in 1229 CE; the Temple Scroll from the caves in Qumran; the erased and overwritten palimpsests at St. Catherine’s Monastery in Sinai; Les Échéz d’Amours, a manuscript damaged by the Allied bombing raids upon Dresden in 1945; and the c. 1491 world map by Henricus Martellus Germanus. Other projects include work on the medieval Gough Map of Britain and Selden Map of China, in the Bodleian Library at the University of Oxford; and a collaboration with the City of Dubrovnik Croatia to work with their many collections.