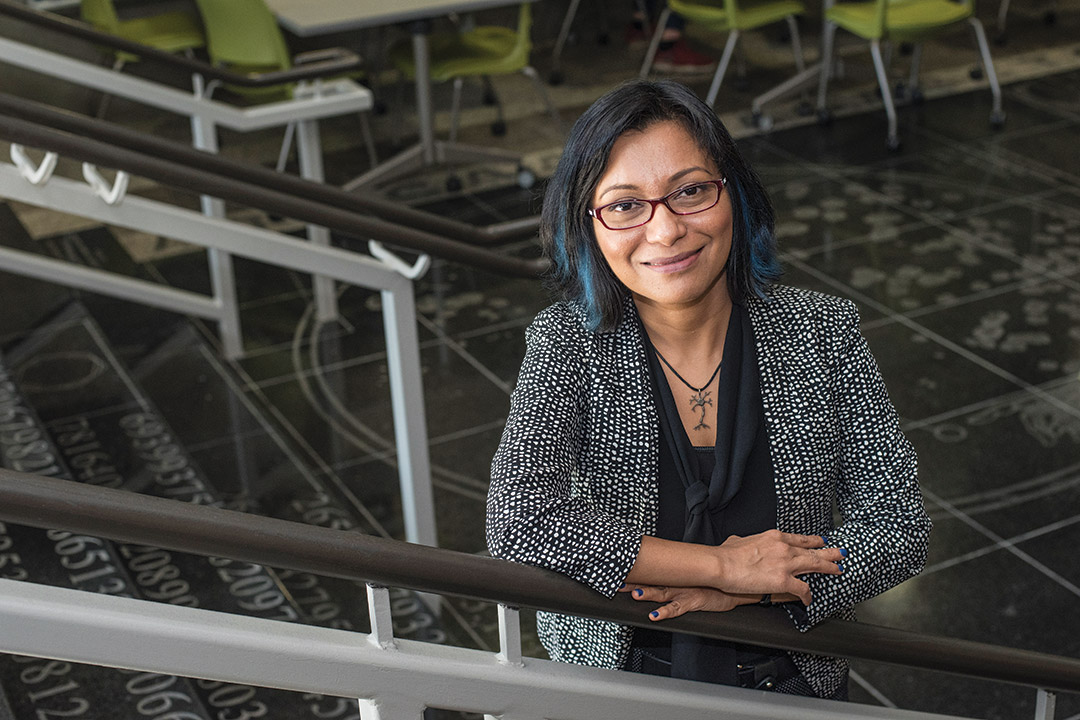 Associate Professor Moumita Das is using data-driven mathematical modeling informed by state-of-the-art experiments to better understand the fundamental rules that allow bacteria to compartmentalize the functions within their cells.

Cells use compartmentalization to create spatial organization, allowing them to carry out biochemical processes and control biomolecular structures. While compartmentalization within cells is often facilitated by membranes, bacteria do not typically contain membrane-enclosed organelles and instead rely on alternate mechanisms such as phase separation. The cytoplasm within bacteria cells consists of mixtures of complex, structured fluids.

“The main goal is to gain an understanding of how the phenomena of phase separation helps bacteria with compartmentalization, organization, and bacterial function, but also connecting genotype to phenotype,” said Das. “We want to see how chromosomes in bacteria organize, and what are the consequences in terms of bacterial functions and properties. Doing a map of that is important.”

Das received a $559,000 NSF grant to work on the project, collaborating with biology researchers from the University of Rochester.

She said that many of the outstanding questions in biology require input from quantitative disciplines like physics and that the next generation of researchers needs to be comfort­able working in multiple fields.

Das was one of several School of Physics and Astronomy faculty who secured large grants as principal investigators during a banner summer. Five of her colleagues from the school received grants of $200,000 or more during that time.

The College of Science as a whole is coming off a record year in sponsored research. In the 2019-2020 fiscal year, the college received more than $15.6 million in grants for research, up more than $5 million from the year before.

The Chester F. Carlson Center for Imaging Science brought in the largest portion of last year’s funding—$7.3 million, up from $4.6 million in 2018-2019.

“The growth we’ve experienced in research funding is a testament to the quality of work of our faculty, students, and staff,” said Sophia Maggelakis, dean of the College of Science. “We are seeing success not only in our well-established strong areas like imaging science, color science, and astrophysical sciences, but also in emerging areas including mathematical modeling, optics, STEM education, and biotechnology.”