Sustainability initiatives help university move up to No. 34 in exclusive Top 50 listing 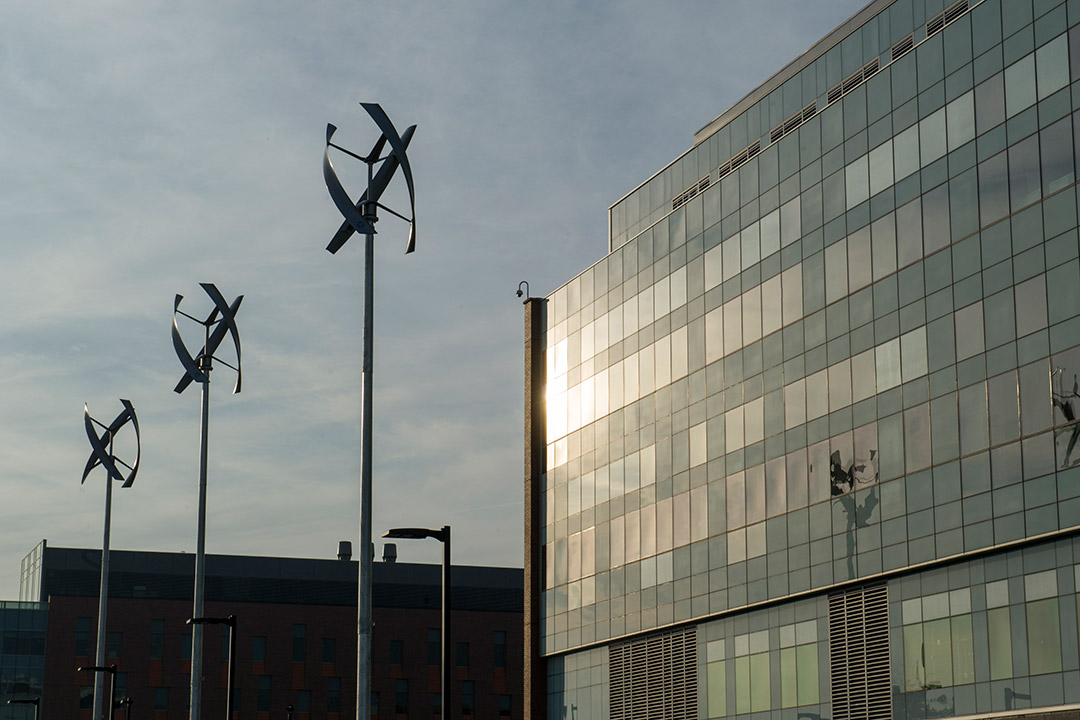 For the ninth consecutive year, Rochester Institute of Technology has been named one of the greenest universities by The Princeton Review. In the guide’s profile, RIT is commended for its fervent focus on Leadership in Energy and Environmental Design (LEED)-certified new construction, RIT’s Golisano Institute for Sustainability, and serving as headquarters to the New York State Pollution Prevention Institute.

For the ninth consecutive year, Rochester Institute of Technology has been named one of the greenest universities by The Princeton Review—while also climbing higher on an even more exclusive list at the same time.

The rankings are featured in The Princeton Review Guide to Green Colleges: 2019 Edition. RIT moved up to No. 34 this year out of the 413 schools profiled. The university also was among the Top 50 schools in 2018, coming in at No. 50.

In the guide’s profile, RIT is commended for being on “the cutting edge of innovation and sustainability,” achieving a “Green Rating” score of 97 out of a possible 99—the university’s highest rating ever.

The Princeton Review chose the 413 schools it profiles in the guide based on a survey the company conducted in 2018–19 of administrators at hundreds of four-year colleges about their institutions’ commitments to the environment and sustainability. 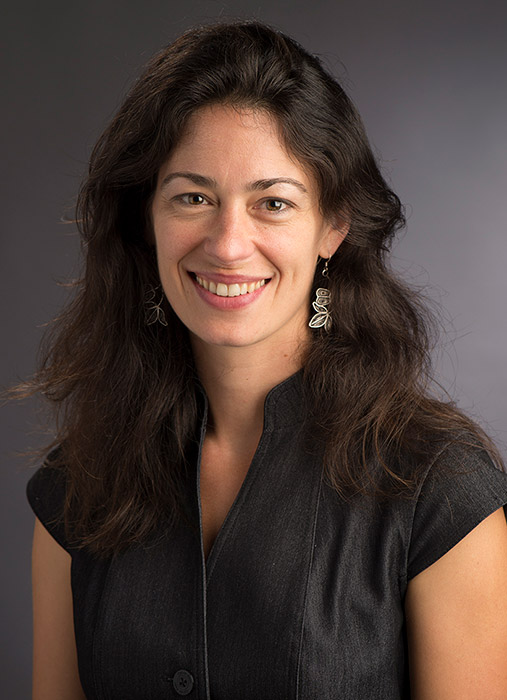 “RIT is pleased once again to be recognized as one of the greenest universities by The Princeton Review and is particularly proud to move up among the most sustainable schools,” said Enid Cardinal, senior adviser to the president for strategic planning and sustainability. “Our university has established a strong reputation for innovative green initiatives, and we remain steadfastly committed to integrating sustainability throughout the university’s operations—from new construction, facilities and food management to a world leader in research and education.”

During the past year, Cardinal noted, RIT installed the university’s second 2MW solar array to help move the campus closer to its commitment toward carbon neutrality by 2030. The additional solar array will help to achieve that goal by increasing RIT’s percentage of green power to 100 percent, according to Tom Garland, senior facilities engineer.

The combined large-scale solar arrays are now providing approximately 6.5 percent of the campus’ total annual electrical consumption, according to Garland. The new array will also provide additional electrical resiliency to the campus by being able to provide emergency power during daylight hours in the event of a utility outage, he added.

Cardinal also cited RIT’s “momentum II” program in the Center for Leadership & Civic Engagement, a semester-long program offered in collaboration with RIT Sustainability. Among other focuses, the program  introduces students to Sustainable Development Goals (SDGs)—a collection of 17 global goals set forth by the United Nations.

She added that RIT also won $1 million during the past year as part of the Energy to Lead Competition, which challenges New York colleges and universities to develop plans for local clean energy projects on campus and in their communities as the state seeks innovative solutions to combat climate change.

“We salute—and strongly recommend—RIT to the many environmentally minded students who want to study and live at a green college," said Rob Franek, The Princeton Review’s editor-in-chief.

Franek noted that college applicants and their parents are increasingly concerned about the environment and sustainability issues. Among the 11,900 teens and parents the publication surveyed earlier this year for its 2019 College Hopes & Worries Survey, 64 percent overall said having information about a college’s commitment to the environment would influence their decision to apply to or attend the school.

The guide’s profiles provide information about admission requirements, cost and financial aid, and student enrollment statistics. They also include “Green Facts” about the schools, with details on such matters as the availability of transportation alternatives and the percentage of the school food budgets spent on locally grown and organic food.

The guide chose colleges based on “Green Rating” scores (from 60 to 99) that the company tallied this past summer from 689 colleges using data from its 2018-19 survey of school administrators. The survey asked them to report on their school’s sustainability-related policies, practices and programs. More than 25 data points were weighted in the assessment. Schools with scores of 80 or higher made it into the guide.

The Princeton Review developed the Top 50 ranking list using data from the institutional survey for its Green Rating and its surveys of students attending the colleges. Ten data points from the survey factored into the assessment, including student ratings of how sustainability issues influenced their education and life on campus; administration and student support for environmental awareness and conservation efforts; and the visibility and impact of student environmental groups.

In the guide’s profile, RIT is commended for its fervent focus on Leadership in Energy and Environmental Design (LEED)-certified new construction; RIT’s Golisano Institute for Sustainability, which is committed to advancing education and research in sustainability, remanufacturing and the circular economy; and serving as headquarters to the New York State Pollution Prevention Institute. The university also was commended for an extensive heating and cooling plant replacement project that will go a long way toward reducing campus emissions.

The complete guide can be downloaded from The Princeton Review website.