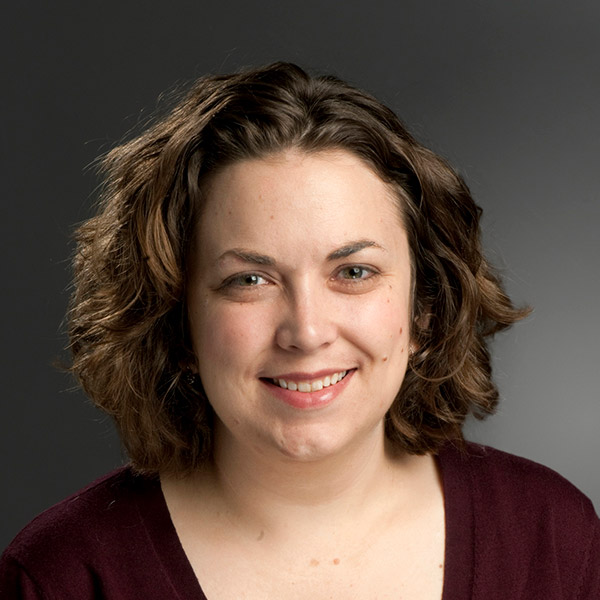 Dr. Scales is a historian of twentieth-century Europe, who focuses on the social and cultural history of France. Her scholarship reflects her wide-ranging interests in the history of the body and the senses, global and imperial history, and the history of science, medicine, and technology. Her first book, Radio and the Politics of Sound in Interwar France, 1921-1939 (Cambridge, 2016, 2018) explored the democratization of radio in France, illustrating how broadcasting became a new platform for political engagement by transforming the act of listening into an important, if highly contested, practice of citizenship.

She is currently working with a seven-member international research team to study the origins of international broadcasting through a project entitled “Connecting the Wireless World: Writing Global Radio History,” funded by the UK-based Leverhulme Trust. Learn more about the project here: http://www.bristol.ac.uk/arts/research/global-radio-history

In the summer of 2019, Dr. Scales will be co-directing an NEH Summer Seminar for higher education faculty entitled "Radio and Decolonization: Bringing Sound into Twentieth-Century History." Read more about the upcoming seminar and her co-directors Andrea Stanton (Univ. of Denver) and Alejandra Bronfman (SUNY-Albany) here: https://radiosummerseminar.com

With support from the National Endowment for the Humanities, Dr. Scales has begun a new book project entitled Polio and its Afterlives: Epidemic Disease and Disability in Twentieth Century France, the first scholarly examination of polio and its survivors in France. Although polio has largely disappeared from public memory, mid-century polio epidemics claimed the lives of thousands and left many people with permanent disabilities. Weaving together histories of epidemic disease, public health, and medicine with the social and cultural history of disability, this interdisciplinary book examines how polio transformed France’s welfare state and health care systems, fueled vaccine development and biomedical research, and mediated France’s geopolitical status during an era of decolonization and rising American predominance. Moreover, by charting the lives of polio survivors across the tumultuous political landscape of the twentieth century, this book will uncover the complex and shifting intersections between disability, able-bodiedness, and citizenship, providing a new framework for understanding the history of inclusion and exclusion in modern France.

Dr. Scales’s research has been supported by a wide range of national and international agencies, including grants from the Social Science Research Council, the Embassy of France in the United States, the American Philosophical Society, the National Endowment for the Humanities, and the Société des Professeurs Français et Francophones d’Amérique. Dr. Scales regularly presents her research at conferences around the U.S. and in Europe. At RIT, Dr. Scales teaches courses on twentieth-century Europe, imperialism, the world wars, urban history, the history of travel and tourism, and media history.

HIST-170
Twentieth Century Europe
3 Credits
This course examines major themes and controversies in European history from 1900 to the present, placing particular emphasis on the early 20th century crisis of liberal democracy and the political alternatives proposed to parliamentary government: right-wing nationalism, communism, and fascism. Topics will include: the impact of World War I on European societies and politics; Popular Front movements in France and Spain; eugenics and the Nazi racial state; the Holocaust; occupation and resistance during World War II; decolonization; student rebellions in 1968; Cold War domestic politics; and the reshaping of post-communist and post-colonial Europe. Special attention will be placed racial politics and immigration, state surveillance regimes, and European debates over the Americanization and globalization of European cultures.
HIST-275
Screening the Trenches: The History of WWI Through Film
3 Credits
This course uses popular films to examine World War I as the global conflict that set the stage for the rise of communism, fascism, and subsequent wars in twentieth-century Europe. Students will gain an understanding of the major causes and outcomes of World War I while investigating how the war transformed class, gender, and racial politics in Europe. Special attention will be paid to the combat/trench experience, the home front/war front divide, the German occupation of Belgium and Northern France, “total war,” the politics of shell-shock and disability, and the legacies of grief, mourning, and commemoration. Because World War I so greatly divided its participants, little consensus about the war’s meaning emerged in its aftermath. Filmmakers have consequently used World War I as a blank slate on which to project political fantasies, condemn elements of their own societies, or imagine the future. Students will use secondary historical literature and original primary sources to analyze filmic representations of World War I and consider how filmmakers have deliberately misrepresented the past or constructed particular narratives about the war to serve their own ends. This course will therefore equip students to think critically about representations of the historical past in popular culture.
HIST-270
History of Modern France
3 Credits
This course explores pivotal themes in French history from the French Revolution of 1789 to the present. Topics will include the French Revolution, Napoleon III's Second Empire, French imperialism, World War I and nationalism, World War II and the Vichy regime, collaboration and resistance, and the 1968 student rebellions. Special emphasis will be placed on the recurring tension between secularism and Catholicism in French society, the role of French republicanism in shaping historic and contemporary debates about citizenship, race, and immigration, and France's relationship with its former colonial possessions and the United States.
HIST-103
The City in History
3 Credits
This course offers an introduction to the study of history by exploring the history of a particular city. Cities are complicated places, where many peoples, cultures, and histories overlap and interact. Their histories are also shaped by many forces, such as economic, cultural, demographic, social, and sexual, operating at levels from local to national to global. Studying a city offers a window into the history of a local place as well as a nation. The choice of the city is left up to the individual professor. Cities under study in the past have included Rochester, Las Vegas, and Paris.