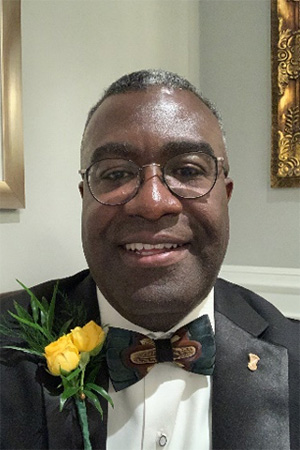 Osbourne McKay BS ‘88 has Executive oversight for Correctional Industries, Compliance Standards & Diversity for the New York State Department of Corrections and Community Supervision (DOCCS).  He has served in this capacity since August 2008, where he oversees the Department’s inmate manufacturing employment program (Corcraft), the Accreditation Program, Bureau of Internal Controls, and the Office of Diversity and Inclusion.  In 2012, he appointed the agency’s LEAN Champion to promote continuous process and improvement.

Deputy Commissioner McKay is a member of numerous civic organizations a devoted member of the Macedonia Baptist Church, a Life Member of the Alpha Phi Alpha Fraternity, Inc., and a Board Member of the George Biddle Kelley Educational Foundation.  He is also a sponsor and Cabinet Member for Big Brother-Big Sisters of the Capital Region, a member of the American Correctional Association, New York State Minorities in Criminal Justice, and also the New York State Corrections and Youth Services Association.  Deputy Commissioner McKay is the recipient of numerous awards including, but not limited to:  The Alpha Men of Distinction Award, the New York State Minorities in Criminal Justice Berthlynn J. Terry Founder Award for Justice, Equity & Fairness and the RIT School of Criminal Justice Contributions to Justice Award.  Deputy Commissioner McKay has a strong commitment to his faith, family, and community.  He enjoys traveling, golfing, mentoring, promoting fairness and equity and affording everyone an opportunity to be their very best.