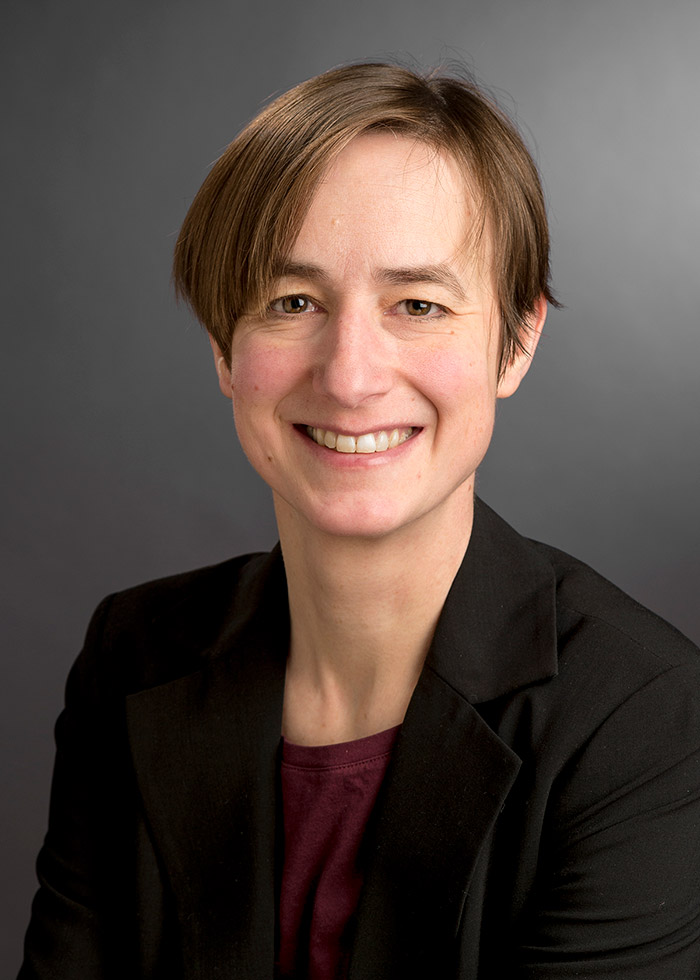 That’s one conclusion Schlombs found while studying productivity and trans-Atlantic technology transfer and their impact following the war. Her research was made possible with a grant from the National Science Foundation.

“The American government was bringing computers to western Germany after World War II as productivity machines to help raise their standard of living,” Schlombs said. “Germany looked at them as automation, machines that would bring poverty and technological unemployment. It’s a very different reception than what Americans had expected. And as it turned out, unemployment rates did not skyrocket as they did in the U.S.”

For her research, Schlombs traveled to Munich, Bonn, Koblenz and Sindelfingen in her native Germany, the National Archives near Washington, D.C., the IBM Corporate Archives in Somers, N.Y., Hagley Museum and Library in Wilmington, Del., the Harry S. Truman Library and Museum in Independence, Mo., and the Walter Reuther Library in Detroit.

“Computer history for a long time was about nuts and bolts, how they worked,” Schlombs said. “Since the mid-’90s, historians started asking more questions about human relations, how technology was embedded in our lives and culture, who works with these computers and who maintained them.”

Together with two museum studies students, Schlombs has created a companion website (productivitymachines.com) to go with her book so other historians can use the resources she’s found.

“It will help us reflect how we will deal with productivity in the United States in the future. Our way is not the only way,” she said. “Technology carries the values of the people who created it.”