How Changing Scenery Can Change Your Life

How Changing Scenery Can Change Your Life 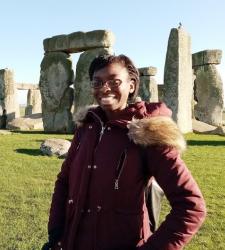 It wasn’t one moment of studying abroad that changed me. Rather it was a slow accumulation of small moments and subtle revelations that led to the realization that the person I was before had given way to the person I had become. Change is something that happens slowly, and the awareness of it happening is even slower. It often happens in the small everyday events that go unnoticed. In London, I walked to class almost every day and often took new routes to see more of my neighborhood. Some mornings I would stop at a café for breakfast or go to lunch with friends after class. On the weekends we would explore different parts of the city. I loved those days of picking a random neighborhood and just wandering. We didn’t have much of a plan, we just went. We found markets, and shops, and cafes and I remember feeling excited by these seemingly quotidian moments. I often went out by myself, navigating the city on my own which led to further appreciation of London.

The moments that stuck out to me the most were the ones filled with music. One time I was running late for something and rushed to the train station. I ran to the escalator and I heard a calming melody rising from the platform. A man was playing the violin, and I felt an instant calm as I listened to the music. I remember thinking, “This is what I needed”. The hectic moments from that morning faded away and I was able to reset and carry on. The other music-filled moment that I remember from London is when I went to Piccadilly Circus, which is very similar to New York’s Time Square. I walked up from the subway station and saw at the base of the angel statue in the middle of the thoroughfare, was a person playing guitar. The combination of the music and the newness of my environment made the whole thing feel like a moment out of a movie. Going to Piccadilly Circus that day made me think, “Wow, I’m in London.” I had been there for a week at that point, but there were times when it would hit me all over again. The initial excitement I felt after getting off the plane returned. This happened a few times over the course of my time abroad, and over time I realized that I had to return to London one day -- that six weeks weren’t enough. I knew that my story in London wasn’t finished, which is also how I realized my time there had changed me. I had the confidence now to travel in a foreign city by myself and the knowledge that I could do it all over again for an even longer time.

The biggest change was my mindset. I no longer want living abroad to be an isolated incident because I know that I can do it again. I think this is the importance of stepping out of your comfort zone. You may find that a change of scenery can change your life.

Imani is a third year Biomedical Sciences major in the College of Health Sciences and Technology and studied abroad in London, England and Paris, France in spring 2020.