From Study to Work Abroad

From Study to Work Abroad 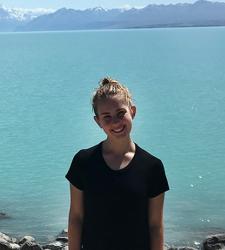 After the first few months of living as a college student in Christchurch, New Zealand, I already knew that one semester abroad would not be long enough for me. I loved everything about the kiwi culture, including the wonderful accents, breathtaking scenery, delicious meat pies and other snacks, and the overall laid-back approach to life. Even after living in New Zealand for a semester as a student, I still felt like a tourist on a mad dash to soak up as much fun and excitement as possible. I wanted the chance to slow down and become more assimilated into everyday life.

As an engineering major at RIT, my first co-op block was to take place the summer and fall immediately following my semester abroad. I had been working on applications to positions back in the States without any luck. So, I decided to see if it would be possible to find a co-op in New Zealand. Since my mother grew up in New Zealand, I was able to apply for citizenship and did not have to worry about a work visa which made working in New Zealand much easier. I hoped that I would be able to stay longer in this place that I had grown to love and have the opportunity to feel less like a tourist and more like a regular person living in another country.

Right off the bat, I was not able to find any official internship postings for college students. I soon realized that while summer internships were common for New Zealand students, we were heading into winter in the southern hemisphere, and long-term co-ops during the school year were rare. So, I decided to start emailing every single company and research center nearby that appeared even slightly related to my major. In each email, I would talk about my unique situation, explain the co-op program at RIT, and ask if they might have any opportunities for me.  My pleas were shot down one by one, either by short responses or no reply at all. That is, until I heard back from the Bio-Protection Research Centre at Lincoln University. The center’s director thought that I could be a good fit as a student intern working with one of his postdoctoral researchers. After an in-person interview with the director, multiple phone calls with my parents, a ton of back-and-forth with RIT, and switching around my flights, I had agreed to my very first co-op abroad!

In July, I found housing with a couple of other student-aged full-time workers and started the co-op soon after. My work involved performing research on bacteria-derived biological pesticides designed to protect New Zealand’s crops. Agriculture is New Zealand’s largest industry, so there is a crucial need to create environmentally-friendly pesticides that will not harm the beautiful flora and fauna. Developing an organic and bacterially derived control agent, rather than a chemical-based pesticide, will increase specificity toward the particular insect with little residual damage toward the rest of the ecosystem.

It was great to work full time and apply the skills that I had learned from my first couple of years at RIT! I especially enjoyed experiencing the work culture in a different country. Everyone was very friendly and laid back, and no one was worried about when you came in and out of the office as long as you got your work done. We also had morning tea every day at 10:30 a.m., which was an excellent opportunity to chat with coworkers and try some homemade baked goods!

Outside of work, I started to feel like a regular member of New Zealand society. I became more experienced taking the metro to work and everywhere else that I needed to go in Christchurch. With no homework or assignments, I had the evenings and weekends free to hang out with the local friends I had made while studying abroad and explore more of what New Zealand had to offer. By the end of the co-op, I could truly say that New Zealand was my second home, and it was hard to say goodbye. However, I was incredibly grateful for the experience of working abroad and fully adapting to life in New Zealand.

When the time came for my final co-op, I could tell that my wanderlust was kicking in again, and I desperately missed my friends and life in New Zealand. So, I again went through the trouble of sending out dozens of emails and was faced with dozens of rejections. Finally, I received a positive response from a professor in the Centre for Bioengineering at the University of Canterbury. Shortly afterward, I packed up my life once more to travel across the world.

At this co-op, I performed computational analysis on a variety of biological data sets. The work culture was very similar to my previous international internship, as everyone was extremely welcoming and easygoing. I was even able to take some Fridays off work to go on weekend trips! Additionally, it was fascinating to experience a unique perspective to solving engineering problems. Since New Zealand’s population is small (approximately 5 million people), scientists and engineers are challenged to create solutions that can be implemented on a small scale, while keeping in mind the potential to scale up those solutions for the rest of the world. Overall, I had another fantastic experience working in New Zealand.

One of the biggest lessons I learned from working abroad was figuring out how to set up my life in another country. It was beneficial that I had studied abroad before starting work. Still, I was entirely responsible for sorting out my work arrangements, housing, transportation, and countless other details. Another benefit from these experiences making connections and networking with people in another country and seeing first-hand how scientific problems are approached and solved in a completely different environment. My best advice for someone hoping to work abroad is to stay optimistic and persistent in your search for positions. Rather than waiting for opportunities to present themselves to you, sometimes it is up to you to create them for yourself!