Alumnus isolated at southern end of the Earth 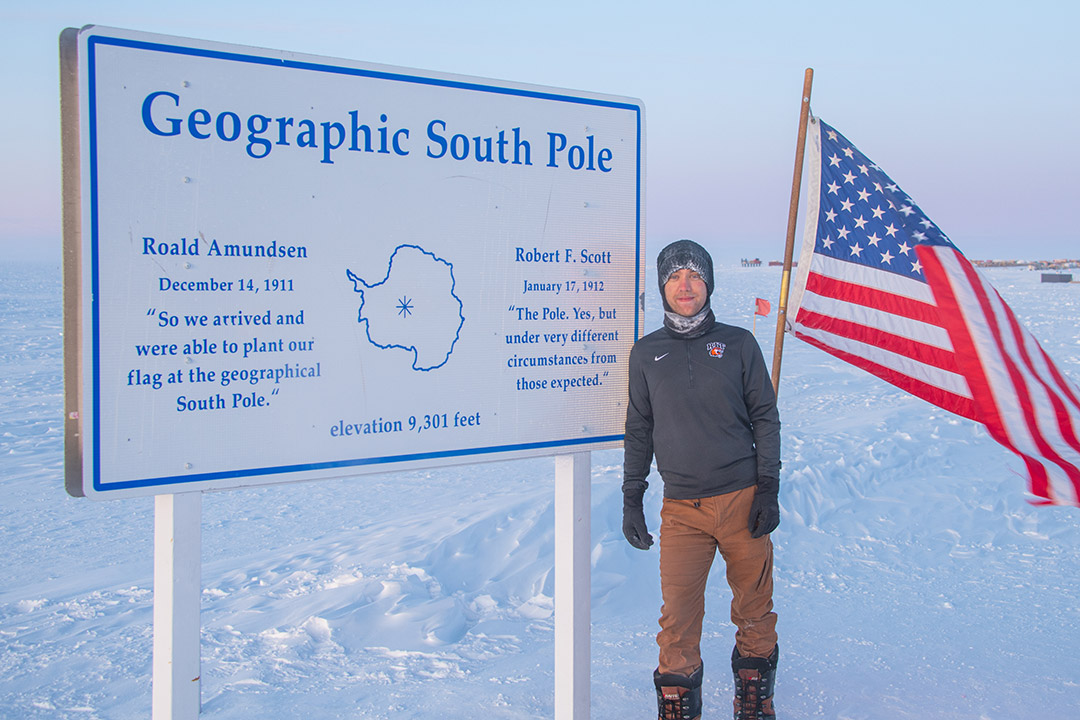 Rahl is stationed at Amundsen-Scott South Pole Station working as a senior network engineer. He is currently in the middle of nine months of isolation, meaning there are no flights in and out until the end of October or early November. The station’s last supply flight was Feb. 14.

Rahl is one of 42 people wintering at the research station, which is operated by the National Science Foundation.

“It’s an adventure, that’s for sure,” Rahl said. “It is one of the last untouched places on this planet.”

Only about 1,500 people have lived at the South Pole for a full year, he said, which is well below the number of people who have summited Mount Everest.

Rahl is responsible for all the phone and network communications within the station, managing all data movement.

He said the job itself isn’t that much different from what he did at Cisco, where he worked immediately after graduating. What is different, though, are the weather and the conditions. Rahl arrived in Antarctica in November, which featured summer temperatures of -40F degrees and windchills of -60F degrees. He said it didn’t take him long to learn how to layer properly.

He also sometimes has to travel to the science installations and make changes and upgrade hardware. One such experiment, the South Pole Remote Earth Science Observatory, is buried 40 feet below the ice and is 5 miles from the station.

Most of the science projects at Amundsen-Scott South Pole Station involve astronomy and physics. The station also watches for earthquakes and monitors for nuclear testing. The biggest experiment at the station is the IceCube Neutrino Observatory, which searches for subatomic particles called neutrinos.

Since no one can come or go for months, Rahl said, each person there is part of an emergency response team. He is a member of the fire brigade and learned fire response as part of an intensive training in Denver.

Rahl said the atmosphere at the station is very much like a family—a family that spends a lot of time together. “Imagine sleeping in a room right next door to your office. There’s a lot of balance between that,” he said.

But so far, Rahl said, he is enjoying the experience.

“I would definitely return for a summer,” he said. “I need to finish out the winter before I’ll say I would return for another winter. Nine months is a long time.”