RIT’s Hearthstone team finishes top four in the country and wins $7,500 in scholarships 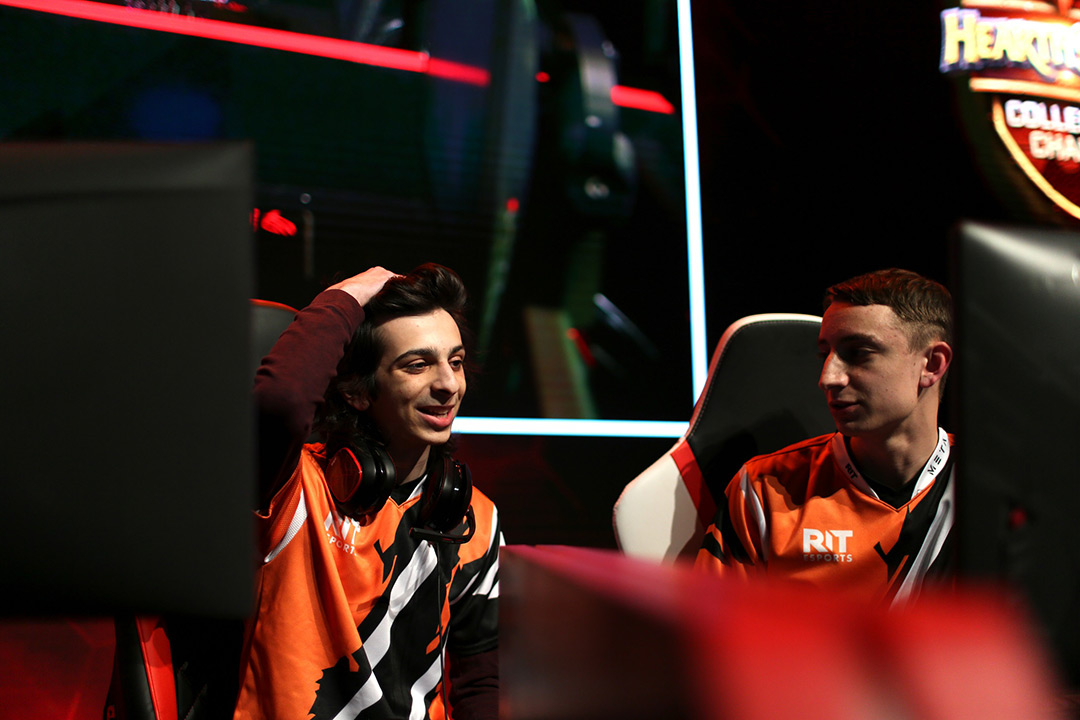 A team of RIT Hearthstone players got to play on stage in the final four of the ESPN Collegiate Esports Championship in Houston.

A team of Hearthstone players represented Rochester Institute of Technology and joined 20 other top colleges at the first-ever ESPN Collegiate Esports Championship. RIT became one of the top four teams in the country and the three RIT student players received $7,500 in tuition scholarships.

Esports players in five different games were flown to Houston for ESPN’s weekend of esports championships May 10-12. The drama played out on stage in front of a live audience at the Houston convention center, online for streamers and on TV for ESPN viewers. The event racked up just under 2 million total streams on Twitch. 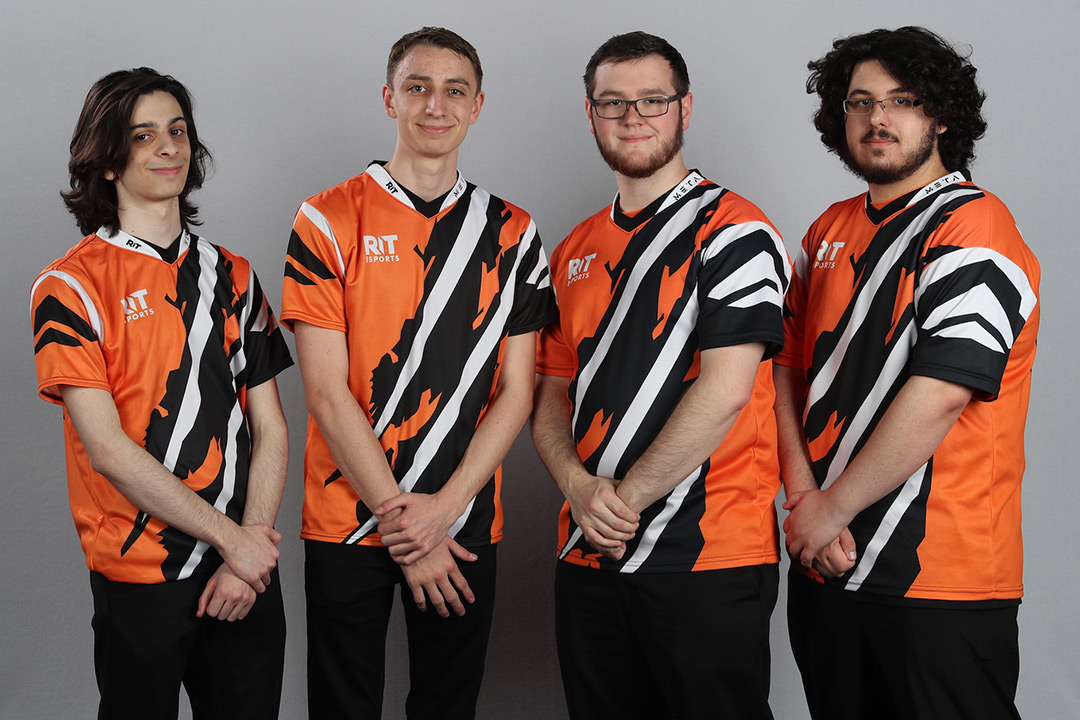 RIT was beat by Georgia Institute of Technology in the semifinal match 3-0. Georgia Tech went on to defeat University of Minnesota, Twin Cities 3-0, taking the national championship and trophy. To watch RIT’s match, go to the ESPN Esports Youtube channel.

“It felt like we going up against a hand of royal flushes every game, so there wasn’t much we could do,” said Mateo Crever, a second-year biomedical sciences major and manager for the team. “We stuck to our strategy, but Hearthstone is a game about luck and skill—and sometime luck is a cruel mistress.” 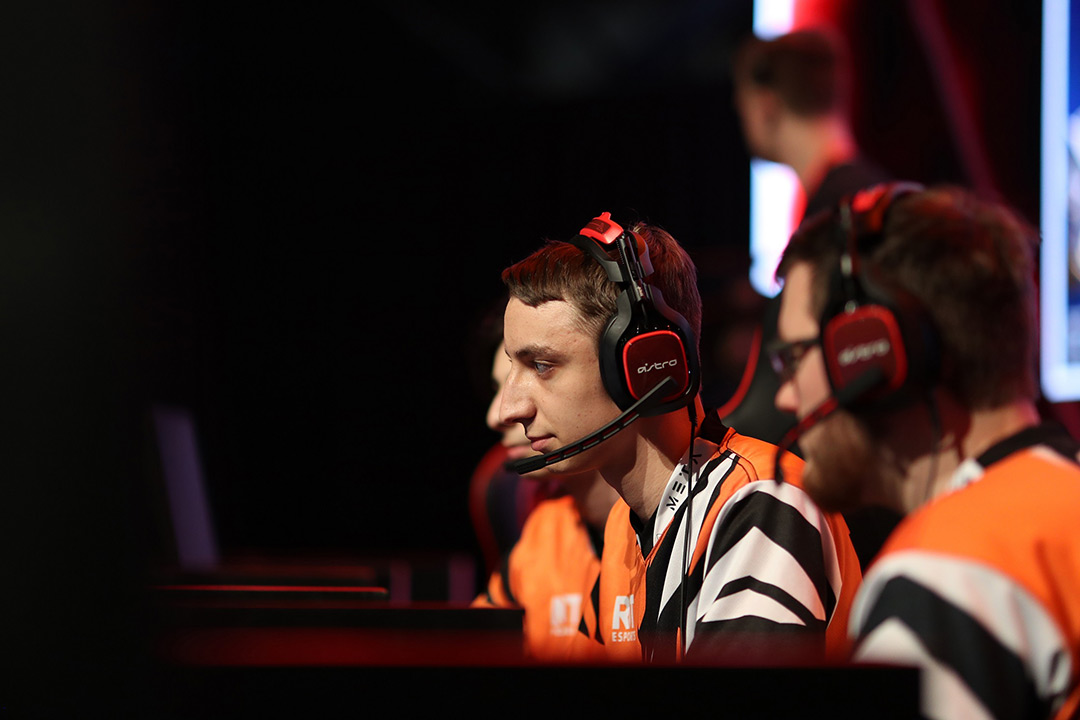 ESPN A team of RIT Hearthstone players got to play on stage in the final four of the ESPN Collegiate Esports Championship in Houston.

Other game titles that were played at the ESPN Collegiate Esports Championship included Overwatch, Street Fighter V: Arcade Edition, StarCraft II and Heroes of the Storm. RIT Esports has a growing number of students playing these games competitively. In the future, the university hopes to have teams qualify for other games at the ESPN Championship.

“It was great to meet the players from other schools and talk shop about Hearthstone,” said Christoforo. “We actually played ping pong with Georgia Tech in the players’ lounge, right before our match.”

The RIT team also got to meet the professional casters who provide commentary for Hearthstone games, including Jace “DrJ” Garthright, Cora “SongBird” Georgiou and expert Alliestrasza (Alexandra Macpherson). The casters called RIT’s team “vanilla,” noting that vanilla is actually one of their favorite flavors and can be surprisingly complex and consistent. RIT’s team said they’d call themselves more of a “Neapolitan” team that can adapt for any situation.

“The casters are super down-to-earth people who really understand the game,” Christoforo said. “It was exciting to hang out with them.”

“It was fun to play on stage and to be in that kind of competitive environment, with the whole esports setup,” said Markoe. “They had the cells for each player, the gaming chairs, the high-quality computers and they really pampered us—it was impressive.”

Bill Anderson and his wife traveled to Houston to watch their son play for RIT. Anderson said that he didn’t know much about the game at first, but learned that it’s really a modern-day version of chess.

“We never thought that we’d see Will play esports at such a highly competitive level in college,” said Anderson. “It was amazing to see them move up to the final four this year—next year I think we’re going to see a RIT championship.”

When asked about their plan for next year, William Anderson said, “Run it back and don’t get 3-0ed.”

RIT Esports currently has about 130 students playing in 14 different competitive esports. The university has won four national championships in the games Dota 2, Dropzone and Rainbow Six: Siege. In early 2019, RIT announced that it is joining the Electronic Gaming Federation (EGF) and adding a new esports lounge on campus for competitions and practice.

To learn more about RIT Esports, go to esportsrit.com.