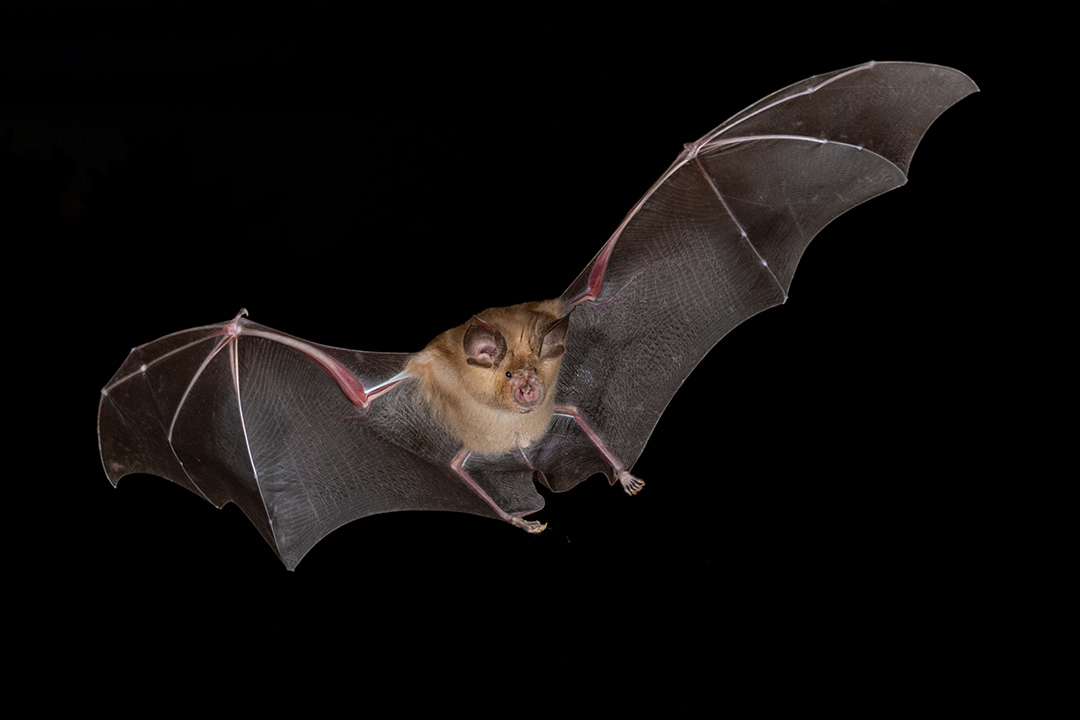 RIT scientists studied how the viral spike proteins in several SARS-CoV-2 variants interact with the host cell receptors known as ACE2 in both humans and various bats of genus Rhinolophus, pictured here. The study indicates COVID-19 is still highly transmissible between mammals.

Scientists believe bats first transmitted SARS-CoV-2 to humans in December 2019, and while the virus has since evolved into several variants such as delta and omicron, a new study indicates the virus is still highly transmissible between mammals. Researchers at Rochester Institute of Technology developed computer simulations that show the coronaviruses use their spike proteins to attach themselves to the host cells in both bats and humans in much the same way.

The findings were published in a Royal Society Open Science study by recent RIT alumnus Madhusudan Rajendran ’22 MS (bioinformatics) and Associate Professor Gregory Babbitt from the Thomas H. Gosnell School of Life Sciences. They studied how the viral spike proteins in several SARS-CoV-2 variants interact with the host cell receptors known as ACE2 in both humans and various bats of genus Rhinolophus. Babbitt said the results were surprising.

“We were hoping to see really cool adaptive evolution happening as the virus got more used to humans and less used to bats, but we actually saw that there wasn’t a whole lot of change,” said Babbitt. “Because this binding site has not evolved very much, there’s really not much stopping it from transmitting from humans to bats. If you look at the phylogenetic relationships of bats to humans, we’re pretty far apart on the mammalian tree. So it suggests that there would be pretty widespread cross-species infectivity, and the literature has shown there’s been a lot of evidence of that.”

The scientists used a computer simulation method called molecular dynamics to put proteins in a solvated simulation and then watch them move. The approach uses high performance computing on graphics processors to show what every atom does over time. Babbitt said this approach allows scientists to study questions that cannot be answered in a traditional laboratory.

“It would be dangerous to do experiments where we reinfected bats with human viral strains, so our computer-based simulations offered a much safer alternative,” said Babbitt.

To read the full study, go to the Royal Society website.