Five ways to foster a circular economy for electric vehicles 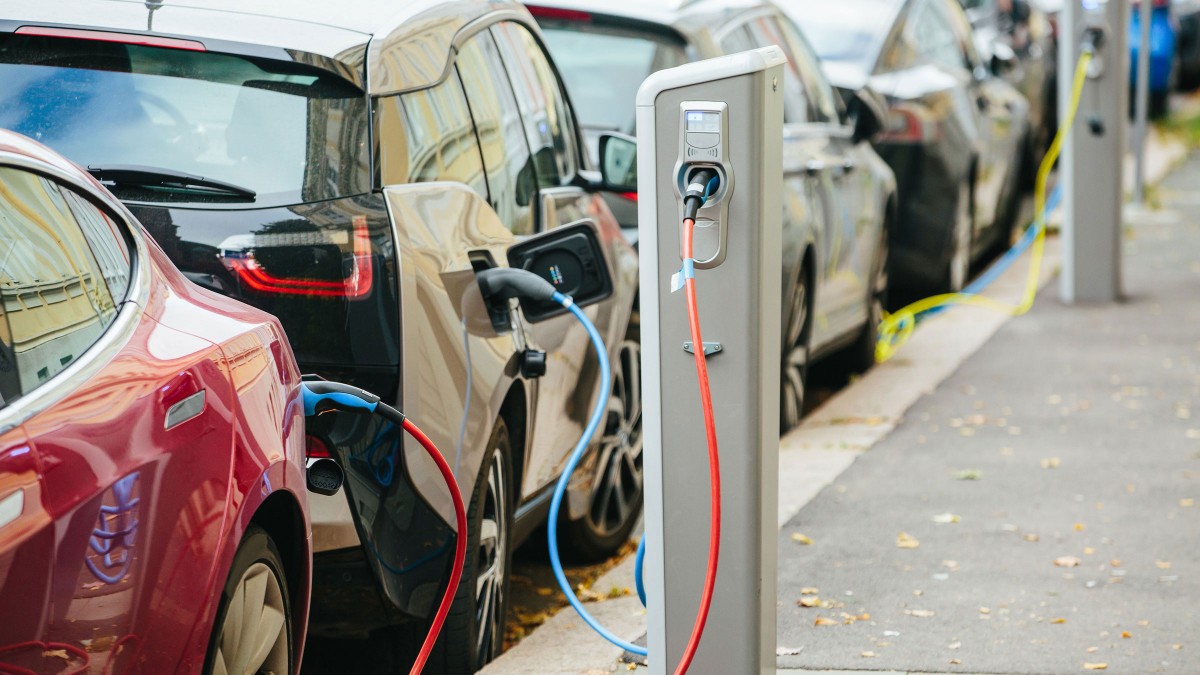 Twenty-twenty will go down as the year that the electric vehicle (EV) revolution went from possibility to reality. But remanufacturers aren’t quite ready to celebrate. That’s because they’re thinking about the millions of batteries that will be needed to power it.

Long held as low-hanging fruit for decarbonization, leading automakers and world economy leaders are making bold commitments to electrify passenger vehicle transport. Yet, with 145 million EVs projected to hit the road worldwide by 2030, the switch to battery power presents new sustainability challenges even as many megatons of carbon from tailpipe emissions are cut.

Lithium-ion batteries rely on elements like lithium, nickel, and cobalt, which are considered critical because they are limited in supply, difficult to extract, or heavily concentrated in few geographic regions. A rapid increase in the mining of critical materials could exacerbate environmental degradation and social conflict. Already, lithium mining in Chile’s Salar de Atacama consumes 65 percent of the region’s water, while cobalt mining in the Democratic Republic of Congo has been linked to child labor.

Experts representing the remanufacturing industry, as well as U.S. trade policy, resource recovery, and sustainability research, met virtually last October to put the EV revolution into perspective at the 2021 RIC-RIT World Remanufacturing Conference. Two sessions at the conference (“Remanufacturing the Electric Vehicle” and “Supplying the Auto Industry’s Electrification”) were held to map out opportunities for the circular economy in the EV transition. We boiled down the insights, questions, and conversations over the course of those sessions into five key takeaways.

1. Repurpose batteries whenever you can.

The seven million EVs currently on the road are already enough to create hundreds of tons of battery waste when they reach the end of their life. Without a change today, the volume of electronic waste (“e-waste”) will grow exponentially as millions more EVs enter the market.

That’s where BigBattery Inc. comes in, a company that collects and repurposes lithium-based EV batteries, reintegrating their battery cells to power new applications.

Lundgren’s business model relies on “cascading,” a circular economy concept where a material is reused, often with some modification, for different purposes at the end of each life cycle. Eventually, the cascading ends when the material is no longer useful and is broken down entirely for recycling or becomes waste.

“What I would like to see is the value within that battery—the reusable value, the utilitarian value—offset the cost of proper recycling in the United States,” Lundgren said.

Through cascading, BigBattery looks to exhaust the full life of a used battery by remanufacturing individual cells for less energy-intensive applications. In this way, Lundgren believes that BigBattery is making the business case for the circular economy. The company grew by 285 percent from 2020 to 2021, according to Lundgren.

For Lundgren, a sustainable switch to electric will mean thinking beyond conventional scrap recycling. His focus is on what EV batteries could become before they are shredded into a powdery mixture known as "black mass."

“Here’s what we know: The life cycle of lithium batteries is going to increase while their commodity value will severely decrease in the future. The old-school, scrap-recycling solutions will not work. We need to be innovative,” he explained. “We need to out-think this problem and create a solution that is sustainable.”

Many countries are assessing how the move from a fuel-based transportation market to a battery-based one will affect geopolitical relations. Don Hillebrand is the director of the U.S. Department of Energy’s Argonne National Laboratory’s Energy Systems Division. Part of his job is to look for ways to minimize U.S. dependence on imported energy, and increasingly that means securing a domestic supply of the essential raw materials for batteries like lithium and cobalt.

“Keeping the batteries in the U.S. is going to be one of the biggest problems as we move forward. It’s so simple to ship them overseas where they’re currently manufacturing them and remake them there. That doesn’t help the U.S. That doesn’t solve our problem,” Hillebrand said during the panel.

Argonne is part of the ReCell Center, the first advanced battery recycling research and development center in the United States. Its goal is to set up an ecosystem within U.S. borders for reusing, remanufacturing, and recycling batteries.

"We recognized almost 10 years ago, the only way electrification proceeds smoothly is if we have a closed cycle for materials within the United States where we can reclaim the used materials from the end-of-life batteries we have," Hillebrand explained.

Design choices have an oversized impact on what recyclers, remanufacturers, or refurbishers can do with a battery at the end of its first life cycle. Panelists saw different paths to solving this problem.

For Hillebrand, the answer is uniform design standards.

“Bring the auto companies together and talk about what we can do outside the competitive space to make sure we have common chemistries, common methods of disassembly, common uses for things,” he said. “We need to look at how we can get uniform industry standards in this highly competitive space.”

But panelist David Maxwell, a battery technical specialist with the automotive supplier BorgWarner Inc., offered a different perspective. Original equipment manufacturers (OEMs) are unlikely to standardize technologies so early on in their transition to battery power, he explained. They will continue to test new battery chemistries and thermal designs until they achieve the numbers they want to see when it comes to overall performance, speed, range, and charge time.

“Right now when you look at the big ticket items on an EV, they are range, power, and cost—the battery is central to all of those,” Maxwell said. “There are systems-level things that can be done, but so much of it comes back to the battery.”

4. Think of EVs as consumer electronics.

EVs are also like consumer electronics in another way: e-waste. Over the past three decades, an ever shorter innovation cycle has rocketed growth of the consumer electronics sector, creating one of the world’s most challenging forms of material waste when it comes to sustainability. Without circular systems in place for recovering and reusing end-of-life electronic materials like batteries, the anticipated swell in EV production will only amplify the threat of what the United Nations has called a tsunami of e-waste.

Turning waste into value—or “trash into cash” as the remanufacturing advocate Nabil Nasr once put it—is what remanufacturing has done for over 100 years. Remanufacturing has conventionally been used to extend the life of high-value assets like heavy-duty vehicles and factory machinery. But now consumer electronics manufacturers are beginning to use it, recovering valuable end-of-life products and reusing material while moving forward on their sustainability goals.

If Phillips is right about EVs becoming more like consumer electronics, the opportunity for the remanufacturing industry to help multiple sectors offset e-waste and get more value from their operations is immense.

The wave of change behind electrification will not only transform automakers, but the entire automotive supply chain. Tania Wingfield, vice president and integration champion at BorgWarner, believes this presents an opportune moment for supplier companies like hers to accelerate their plans to go carbon neutral.

BorgWarner is among the world’s largest manufacturers of propulsion systems. The company has embedded its electrification strategy into its goal to go carbon neutral by 2035. It plans to see 45 percent of its revenue generated by EV production by 2030, up from 3 percent today.

“Now really is the optimal time to accelerate ourselves in this shift to electrification. Again, we know it’s just a matter of ‘when’ and ‘how quick,’ not ‘if’ anymore,” Wingfield said.

To meet its targets, Wingfield explained how BorgWarner has moved to acquire the expertise and capabilities it needs to position itself in the emerging EV supply chain. Alongside the technologies to produce electric motors, power electronics and battery packs, the firm is also building up its workforce to include skillsets that are critical to electrification, like software development and energy storage engineering. Through its strategic acquisitions, BorgWarner aims to be able to supply $2,600 worth of the material in a new EV by 2025.

Wingfield also offered another, simpler piece of advice to companies planning entry into the EV market: Don’t overthink it.

“Think about what you do well, what are the skills and capabilities you have, and build on them,” Wingfield advised.

The RIC-RIT World Remanufacturing Conference is an annual event hosted by the Remanufacturing Industry Council (RIC) and Rochester Institute of Technology (RIT). It was created to serve as a platform for both seasoned and new remanufacturing professionals to make informed business decisions by sharing best practices, exploring new trends, and understanding the critical issues facing remanufacturers globally. 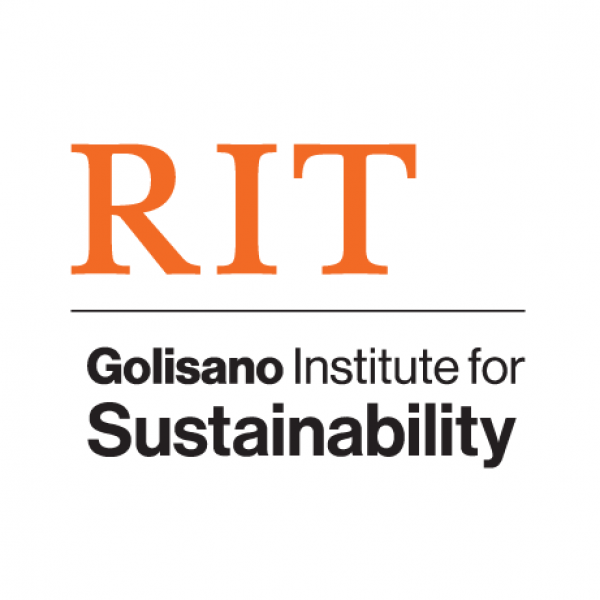