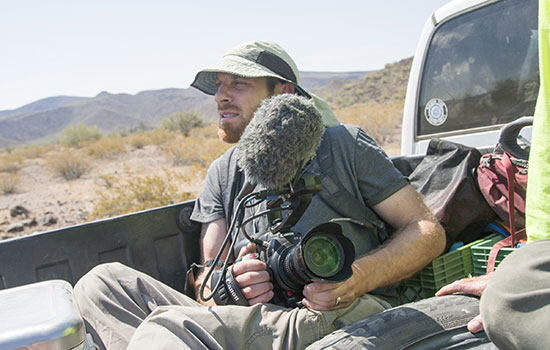 Senior staff photographer/ multimedia producer David Wallace in a truck documenting a humanitarian group, No More Deaths, while heading out with other volunteers to search for the remains of migrants who died in remote rugged terrain after crossing the U.S. border illegally in triple-digit temperatures through the Organ Pipe Cactus National Monument near Ajo, Ariz.

An RIT photojournalism alumnus was part of a Pulitzer Prize-winning team announced Monday.

David Wallace ’01, a photographer with The Arizona Republic, helped the newspaper staff and the USA TODAY NETWORK win the prize for explanatory reporting for a project on President Donald Trump’s proposed border wall.

Wallace is one of nine RIT graduates who have won a combined 13 Pulitzer Prizes. 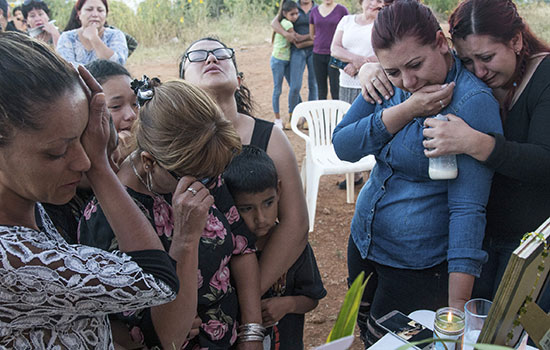 Selene Ramirez, center, looks up crying while she hugs her family members praying at her brother Carlos Martinezâ€™s shrine in Cananea, Sonora, Mexico where Carlos was born. Carlos Martinez died several months earlier in the desert of Organ Pipe Cactus National Monument near Ajo, Ariz., while trying to illegally cross from Mexico into the United States. RIT alumnus David Wallace shot and edited a documentary about migrants dying in the desert, which was part of the Pulitzer win. Nick Oza/The Arizona Republic via USA TODAY NETWORK 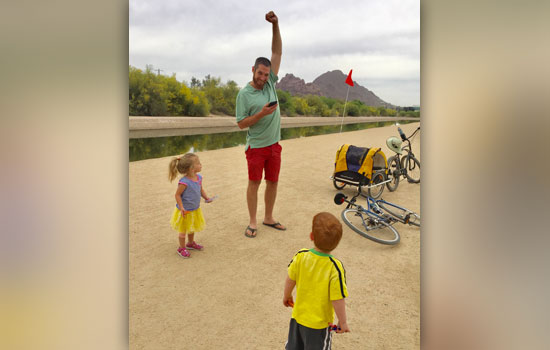 David Wallace â€™01 reacts to the news via FaceTime that the Arizona Republic/USATODAY Network won a Pulitzer Prize for Explanatory Reporting while on a bike ride with his wife, Laura Segall â€™01 (photojournalism) and children Molly and Samuel Wallace, both 2, in Phoenix on April 16. Laura Segall â€™01