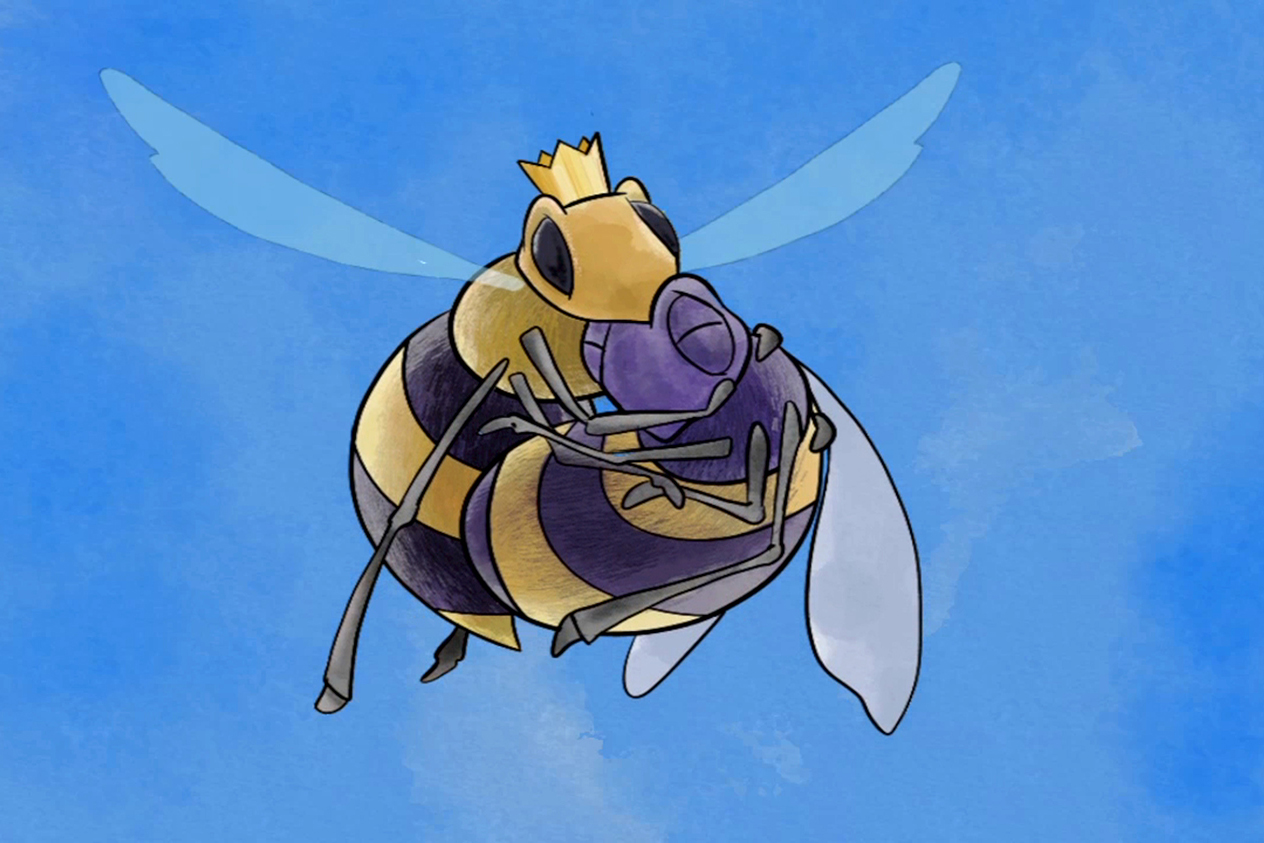 Photos are screenshots of Brian Larson’s short film, “Love Song for the Drone,” that were provided by Larson.

A College of Art and Design at RIT faculty member was the big winner of this year’s Fast Forward Film Festival.

Brian Larson, associate professor in the School of Film and Animation and the animation program chair, took first place in the adult category as the festival held its annual screenings and awards gala March 31 and April 1 in the Little Theatre and George Eastman Museum, respectively.

The festival — which wrapped up its third year — celebrates the work of filmmakers in the Rochester area. All 17 of the short video stories that were selected for last weekend’s screenings and awards ceremony conveyed the central goal of the Fast Forward initiative of raising awareness of the world’s environmental problems.

Larson said his winning film, “Love Song of the Drone,” is a 2D animated picture with a target audience of children but that is fun for any age.

It follows a musical story about the life and love cycle of a male drone bee as he tries to find his queen to make the ultimate sacrifice. His mind takes the journey from the real to the unreal, culminating in his giving back to nature and the life cycle.

Larson said many environmental films focus on big issues, but he wanted to do the opposite and look at the smallest act. In this case, that was detailing the reproduction struggles of a honey bee, and how it affects the environment and planet, too.

“Without bees we do not survive as a species, so it is imperative that they survive,” said Larson, who won $1,000 for his first-place film. “This was my chance to show how this seemingly insignificant act has global implications.”

An RIT film and animation student, Ben Doran, was recognized as an honorable mention in the adult program for his film, “Log.txt.”