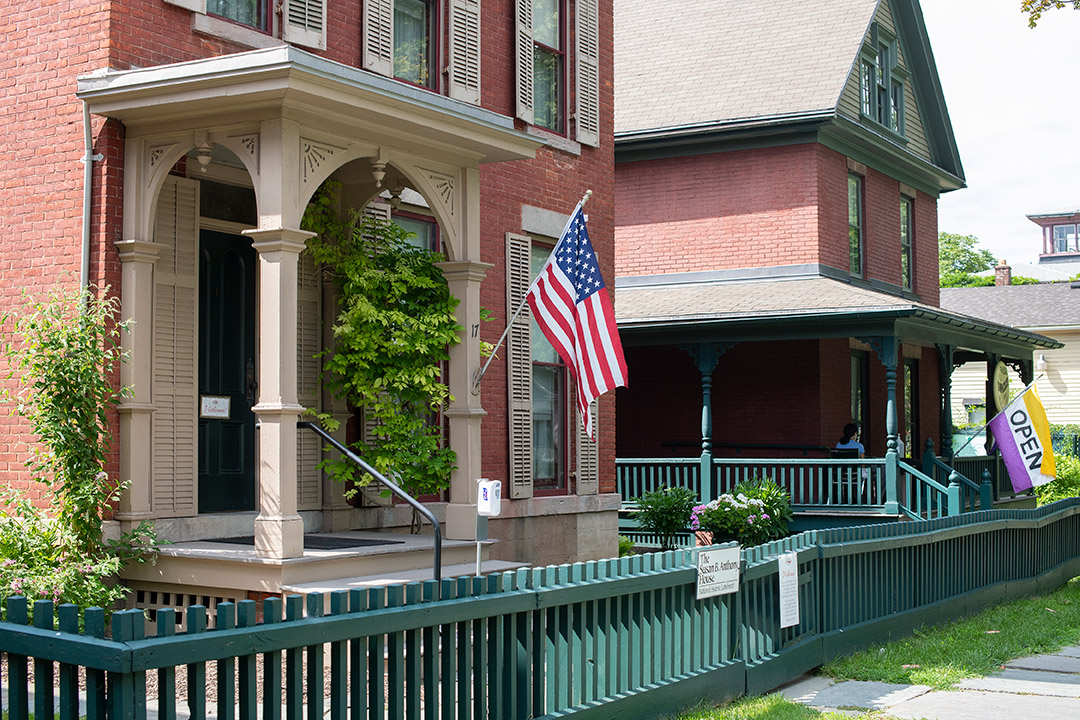 RIT’s 35th Big Shot will shine a light on voting rights and equal rights by photographing the National Susan B. Anthony Museum & House.

Rochester Institute of Technology’s Big Shot will be shining a light on voting rights and equal rights at the photo project’s next location. On Sunday, Nov. 6, the team plans to illuminate the National Susan B. Anthony Museum & House, located at 17 Madison St., and the surrounding neighborhood.

Big Shot co-coordinators Dan Hughes and Eric Kunsman are eager to bring the project back into the Rochester community for the first time since the start of the COVID-19 pandemic. The team planned to shoot at the historic museum in March 2020, but it was postponed.

Kunsman, assistant professor of visual communications studies in the National Technical Institute for the Deaf, said it felt natural to pick up where they left off in 2020 and to hold the event close to Election Day. The plan is to capture both the museum and the sculptures of Susan B. Anthony and Frederick Douglass located in a nearby park.

“For me, it is not just the architecture of the Susan B. Anthony House, but rather the message that Susan B. Anthony and Frederick Douglass both bring to this historic photograph, just two days shy of Election Day,” said Kunsman. “We want this photograph to celebrate two very important Rochesterians in the history of the United States and to remind people of their contributions to society.”

“Each Big Shot offers unique technical challenges. For example, the Susan B. Anthony neighborhood park offers a chance to illuminate a whole series of houses where there is no place to easily hide masses of people from the view of the camera,” said Hughes, lecturer in SPAS, as he described the process. “We’ll also have reenactors in the picture of the Susan B. Anthony House to create a story about the history she brings to America. Both of these elements will provide a fun challenge for the whole group to tackle.”

The Big Shot team anticipates taking the first photograph at 5:30 p.m., roughly a half-hour after sunset. Participants should plan to arrive between 4:30 and 5 p.m. and should bring their own flashlights or light sources. The event is free and open to the public, but the coordinators ask attendees to not bring cameras or tripods as all participants will be moving in complete darkness.

RIT’s 35th Big Shot is sponsored by the City of Rochester. During the event, Madison Street, Madison Park North, and Madison Park South will be closed.

More details about how to get involved will be shared in the coming weeks on the RIT Big Shot website or on the Susan B. Anthony Museum & House website.