Setting the stage for

With thousands of RIT students involved in performing arts expected in the next few years, plans are moving forward for a performing arts complex that will feature a 750-seat theater and eventually a 1,500-seat orchestra hall for larger audiences. The first phase is expected to be completed in 2025.

RIT President David Munson has said the best students are students who are also involved in performing arts, which allow them to think creatively. It not only helps the students, but that experience gives them a leg up from prospective employers who seek the best, well-rounded candidates who can think creatively in a variety of situations.

The 750-seat venue will be built first.

Construction of the first phase—tentatively called the “music performance theater”—is expected to begin in the summer of 2023, with completion expected in 2025. It will be more than 40,000 square feet, three stories tall and have truck access. The theater is expected to have two balconies and feature a historic, restored theater pipe organ.

The first phase is expected to cost more than $40 million. Additional funds will be sought to support the project and to restore and install the pipe organ.

Funding so far is expected from the Transforming RIT campaign. Additional funding from donors is planned.

A theater organ, a Barton Opus 234, built in 1927 for the Hollywood Theatre in Detroit, is being restored and will be a centerpiece in RIT’s new theater. Its components are two stories tall and can fill a tractor trailer.

The new theater will also have costume and scene shops as well as offices.

The 750-seat theater may also be an attractive venue for non-RIT events. The Rochester area has numerous theaters that can seat a couple hundred audience members, but there are few options for venues that seat between 700 and 1,500 people. By comparison, RIT’s Robert F. Panara Theatre in Lyndon Baines Johnson Hall has 440 seats.

Additional rehearsal and performance space is being planned in the Student Hall for Exploration and Development.

And an expansion is planned in 2022 in Lyndon Baines Hall, next to the Robert F. Panara Theatre which will provide more space for RIT’s dance program and wardrobe area. 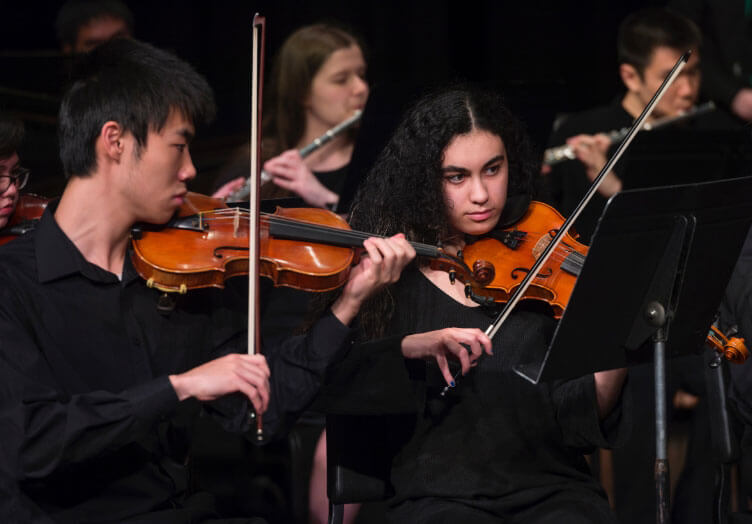 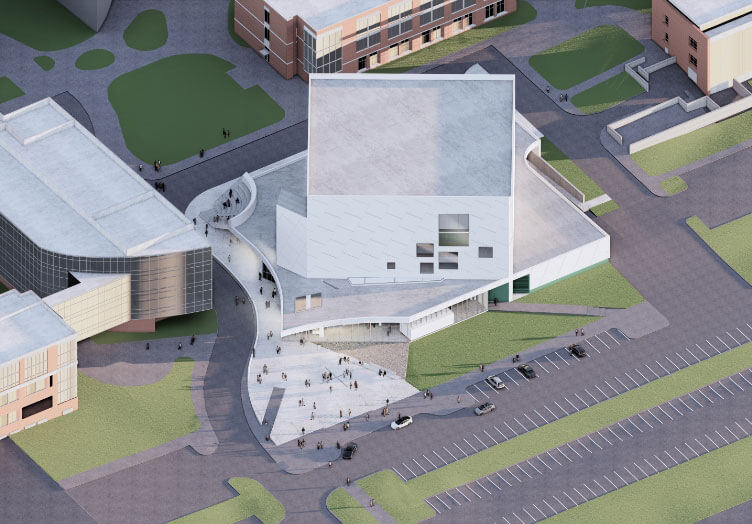