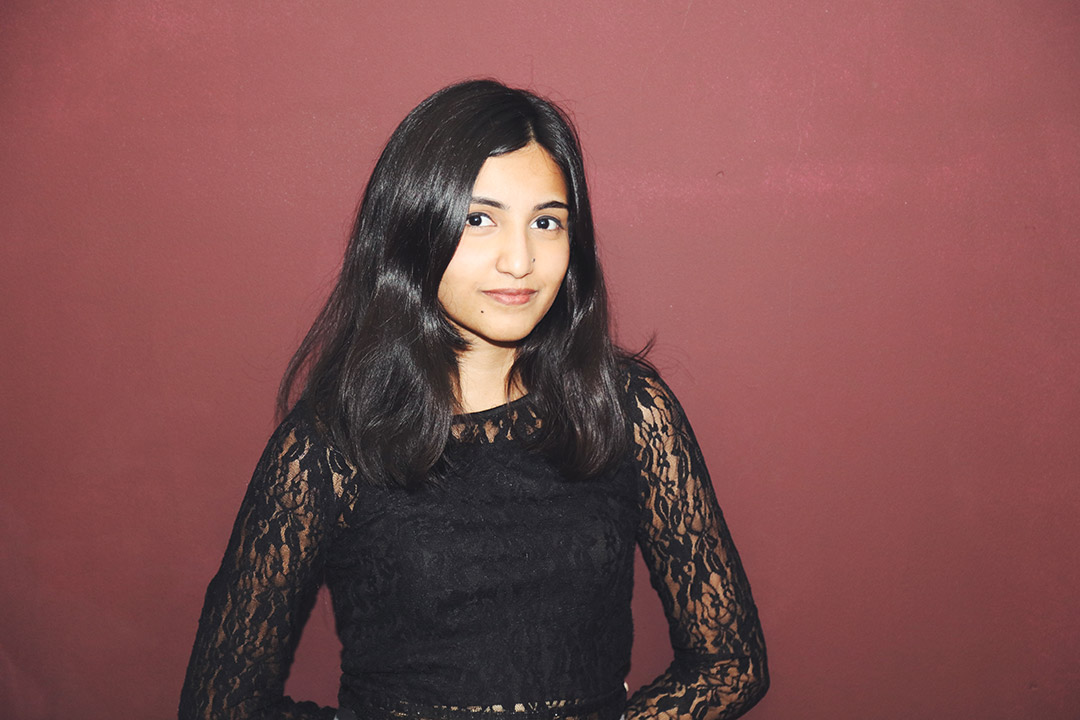 Starting in Dubai and finishing in Rochester, Mridhula Sreekumar has been engaged with the RIT community throughout her five-year degree.

Mridhula Sreekumar will graduate this summer from her fifth year in RIT’s BS/MS program in electrical engineering with a minor in business administration. Her RIT journey began at the Dubai campus in her hometown, before coming to the Rochester campus to study abroad with Global Scholars during the fall 2019 semester. The COVID-19 pandemic hit during her time in Rochester, and she officially transferred to the main campus in 2021 to finish her degree. During her time, she has served as student leader for the athletics department and president of the Photography Club at the Dubai campus and as a Student Government committee chair at the Rochester campus. Sreekumar has received a Committee Chair of the Year award from Student Government, and she has also been awarded a Legacy Leader Award for her leadership and lasting impact on the RIT community.

What was it like starting at the RIT Dubai campus and then transferring to the main Rochester campus?

The old RIT Dubai campus was two floors in a tiny building, and you knew everyone. Coming to the main campus, I did not expect the sheer size of the campus, the amenities, and the number of students. From an electrical engineering (EE) classroom of 12 students, I was now one of five females out of 60 students in an EE classroom. I think the learning process grew exponentially because at the main campus we have more resources in the classroom and more clubs and organizations. For instance, I started RIT Dubai’s Photography Club to get a few interested individuals together. However, at the main campus, there is not only a special interest house for photography, but there is a photography major. Apart from campus life, I also like the various options I have in my major including the different focus areas, the dual degree option, the opportunity to work on exciting projects like the cryogenic heat switch I worked on that goes into a rocket to cool some sensors for dark matter detection, as well as the various immersions and minors offered at the main campus.

Dubai is a city built on the edge of the desert, and the winters here are in the range of 80 degrees Fahrenheit. Rochester’s climate was a pleasant surprise, and it took some time to get used to the wind, cold temperatures, and snow. The change in culture was also interesting. From students’ classroom attire to early dinners to how students addressed their instructors; these are some of the things that are different across both campuses.

What do you love most about electrical engineering?

I chose electrical engineering because of the multidisciplinary aspect of it. I like programming, as well as the hardware aspect of making circuits work or figuring out the math that goes into making a system perform the way it does.

What have you enjoyed most about participating in Student Government?

The best part about my position as the Student Affairs committee chair for Student Government was the opportunity to work on issues that impacted the student community. Over the last year, I tried to work on many different issues, some of which include addressing our current smoking policies, our gym dress code, Student Ratings of Teaching Effectiveness surveys, wage hikes, and more. I gained some insight into how some of the policies are formulated in academia while also improving my communication and leadership skills. However, interacting with students at our many tabling events and talking to them about what SG does was one of the more exciting parts of the role. We gave out a lot of free SG merch, which students love, to increase visibility.

As a Legacy Leader Award recipient, what legacy do you hope to leave behind at RIT?

With my position in SG at the main campus, I hope to have gotten the students one step closer to getting where we would like to be. I also participated with Women in Engineering’s outreach programs to introduce engineering concepts to middle school students and hopefully get them interested in a career in STEM. This is only a small step, but I am hoping that those children are motivated enough to consider STEM and find themselves in a classroom with more students just like them.