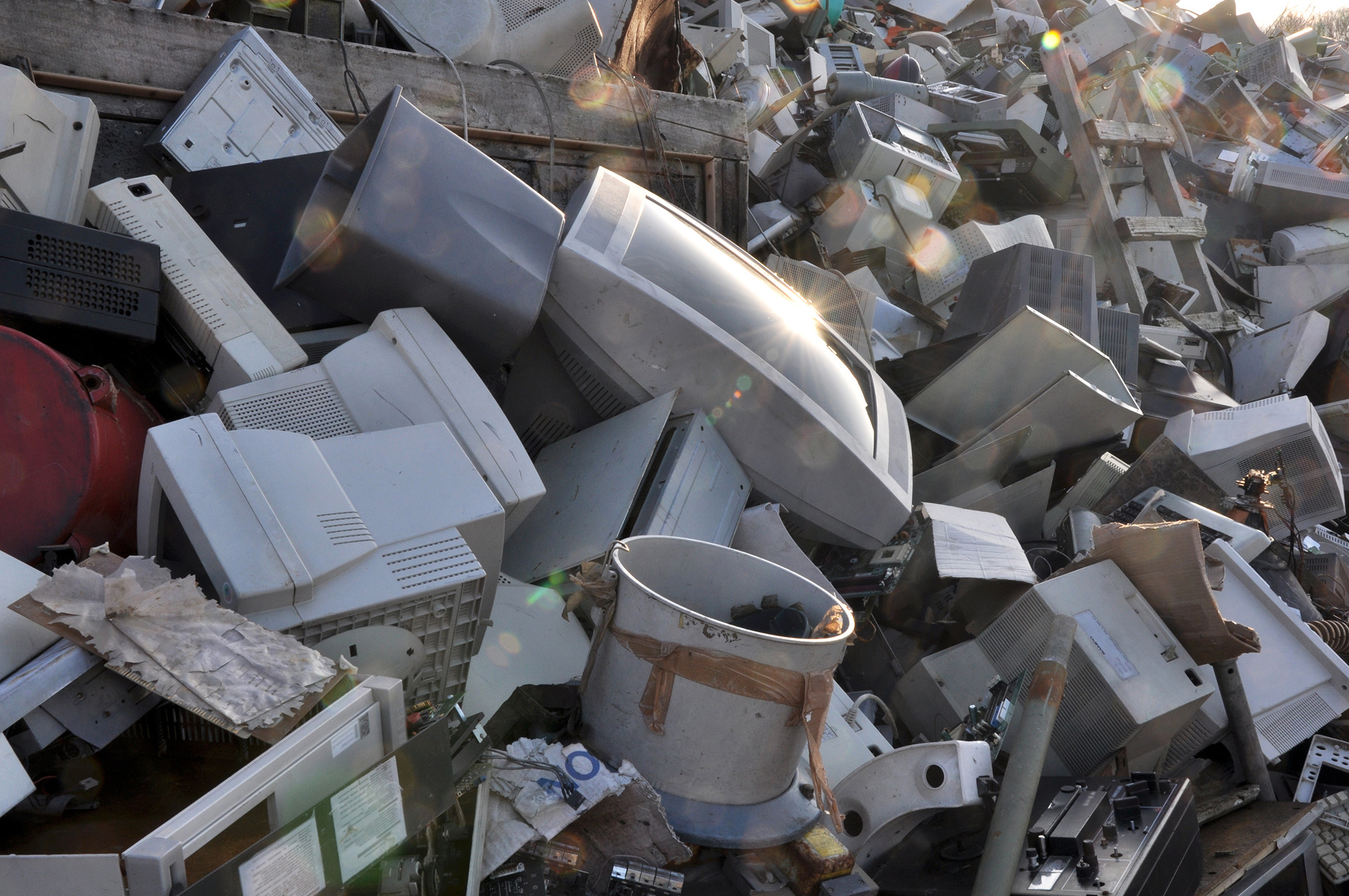 The NYSP2I team’s first step was to determine the functional feasibility of CRT panel glass—the lead-containing funnel glass can’t be used—as a Pozzotive® ingredient. This work was performed at material-testing labs at Clarkson University in Potsdam, New York, an NYSP2I partner.
The researchers knew that CRT panel glass wouldn’t work as a pozzolan on its own. Their goal was to determine the degree to which it could be blended with the MRF glass in Pozzotive® and still perform as well as traditional OPC. To do this, they created two blends: one containing 5% CRT panel glass and another with 15%.

Both blends proved to perform as well as traditional OPC. The study also confirmed that they met the ASTM International’s standard for pozzolan use in concrete, making it viable as an industrial product.
Next, the researchers evaluated if using CRT glass would lower or improve the overall sustainability of the original Pozzotive®. To do this, a life-cycle assessment (LCA) was performed to measure the environmental impacts of the original Pozzotive® compared to the two formulas containing CRT panel glass. The LCA assessed all raw materials used and impact contributions from transportation and manufacturing processes. Finally, this LCA data were used to compare the sustainability of both the Pozzotive® and the CRT-MRF glass blends to that of OPC.