The Concert Band is an ensemble comprising wind instruments that performs a variety of works including the Sousa marches, British Band literature, Broadway music, the latest compositions, and much more. The band typically performs several times each semester.

Auditions will take place via Zoom with Mr. Camarillo on the following dates (1:30 to 5:30 PM) in 10-minute slots:

Prior to Sunday, August 21:  All new and returning members please complete the form at this link: https://forms.gle/f82qf1vdhWiZHSiYA
After completing the above form, you will need to sign up for a Zoom or in-person slot at:
Weds-Fri: https://www.signupgenius.com/go/10C0D49ADAD2CA7F9C07-ritconcert
Sat-Sun: https://www.signupgenius.com/go/10C0D49ADAD2CA7F9C07-fall

For the audition please prepare a 3-5 minute excerpt (solo, etude, etc...) that demonstrates your best playing abilities. The audition will also include some simple sight-reading.

If you have a conflict with the above time slots, please contact Luke Camarillo at alcspa@rit.edu!

If you need an instrument, please let Mr. Camarillo know before the audition and we can coordinate an in-person audition. RIT can provide the following instruments: oboe, bassoon, bass clarinet, tenor saxophone, baritone saxophone, trombone, euphonium, and tuba.

After the audition, you will be notified whether you are admitted to the ensemble or given the option to enroll in lessons. You will receive a permission code for Concert Band (FNRT 252) at this time.

Luke Camarillo has conducted ensembles throughout the United States and abroad, most recently the Charleston Symphony Orchestra, Nov Simfonichen Orkestŭrof of Bulgaria, and the OSSIA New Music Ensemble at the College Music Society National Conference. He has been selected as a Conducting Fellow at the Eastern Music Festival and the Juilliard Conducting Intensive. Trained as a clarinetist, he studied at Le Domaine Forget with Yehuda Gilad and Paul Meyer, and privately with Patrick Morgan, Richard Shanley, and Jun Qian.

Luke is currently pursuing the Doctor of Musical Arts degree in Conducting at the Eastman School of Music where he studies with Mark Davis Scatterday. At Eastman, he is the Donald & Polly Hunsberger Fellow and recipient of the Frederick Fennell Conducting Fellowship. He serves as Assistant Conductor of the Eastman Wind Ensemble, and regularly appears as a conductor with the OSSIA New Music Ensemble. Prior to his studies at the Eastman School, he received the Master of Music degree in Conducting from the New England Conservatory. While at NEC, he led performances with the New England Conservatory Wind Ensemble and conducted premieres with the NEC Symphonic Winds and New Music Ensembles. After completing his undergraduate music training at Baylor University, Luke taught in the public schools of Austin, TX.

The RIT Concert Band rehearses Tuesdays and Thursdays from 6:30 to 7:45 PM in the SAU Music Room (SAU A130). This is located in the basement of the SAU, across from the backstage doors of Ingle Auditorium. The first meeting will be held Thursday, August 25th (this is a change from Tuesday, August 23rd).

Please note: students may enroll for 1-credit or participate without enrolling for credit. Please contact the Director for more information.

Students can register for this 1 credit course.

FNRT-252
RIT Concert Band
Credits 1
The RIT Concert Band is an experiential-learning course in which students learn music theory and historical context by learning several works from the Concert Band literature including standard wind band literature, contemporary compositions, marches, and orchestral transcriptions. The ensemble prepares to perform three major concerts a year and participates in departmental performances. Participation in learning and performing such music gives students an experiential appreciation and understanding of the role of music in modern society. Auditions will be held to assess proper placement. Contact instructor for more information. 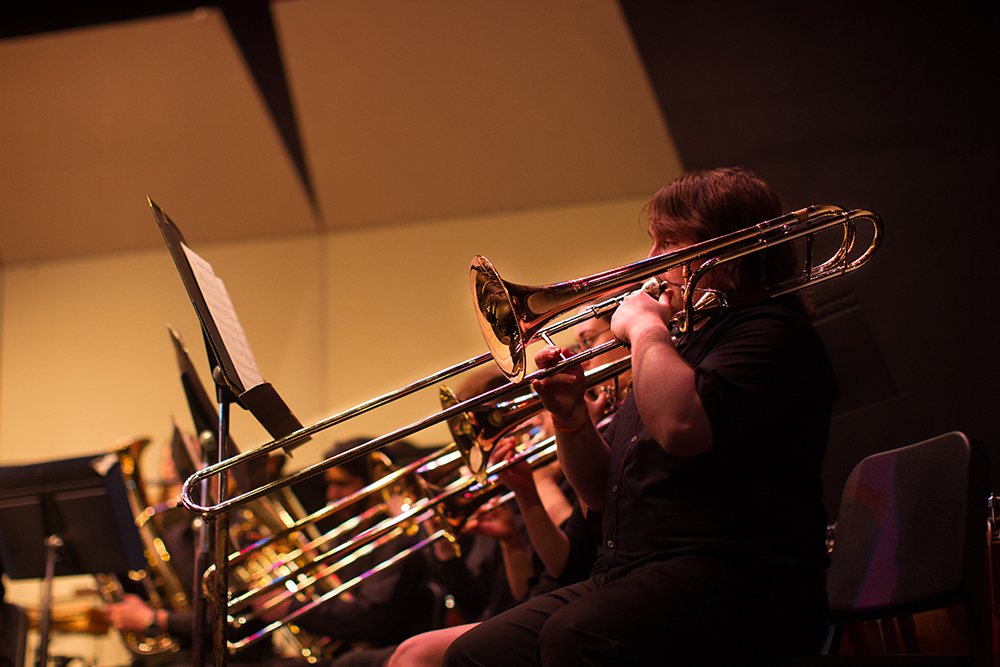 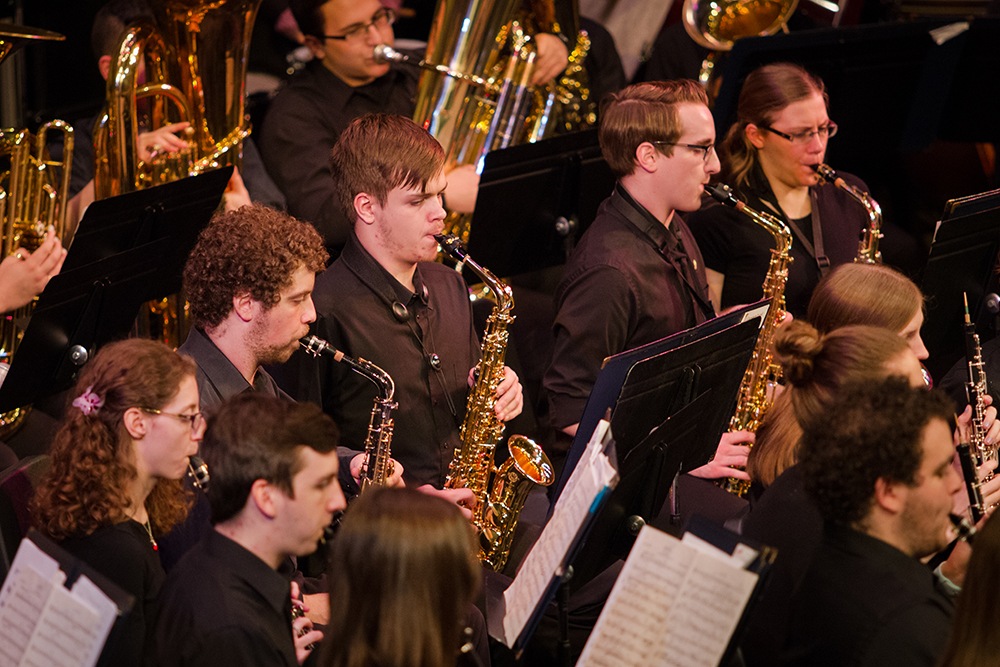 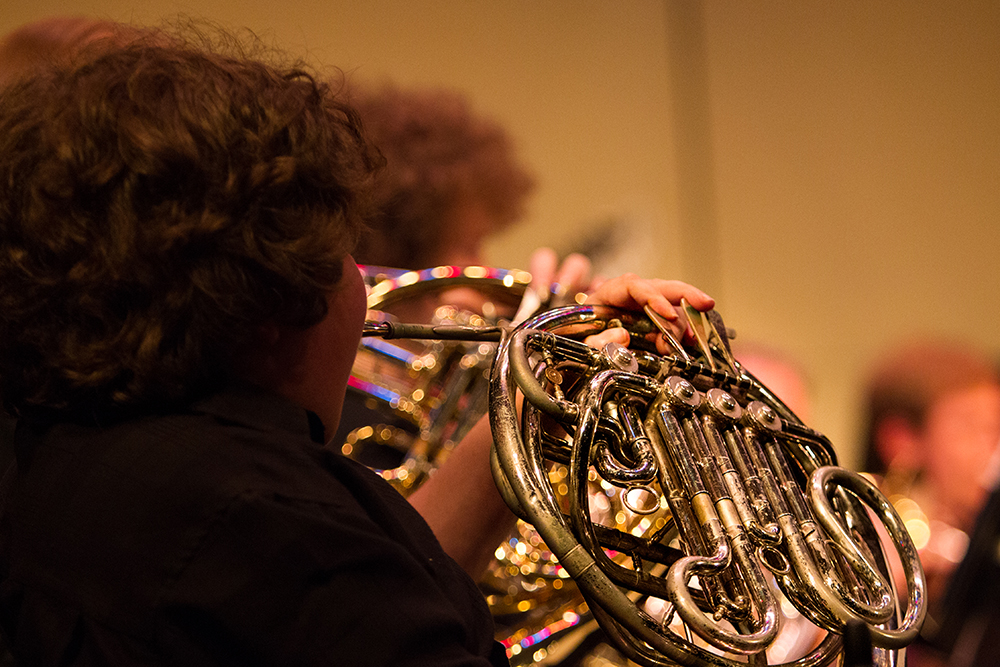 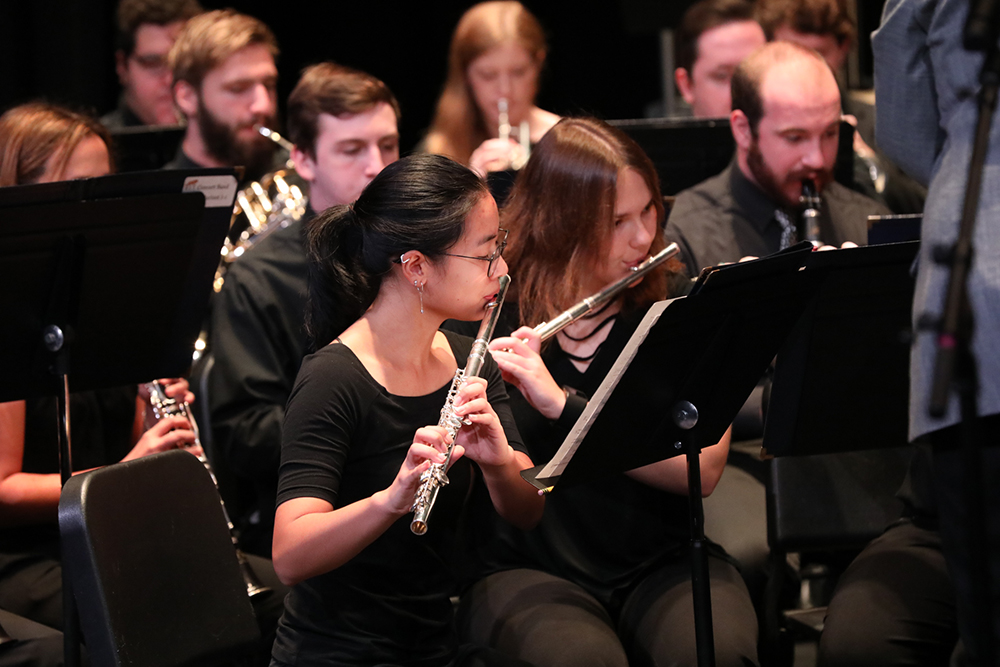 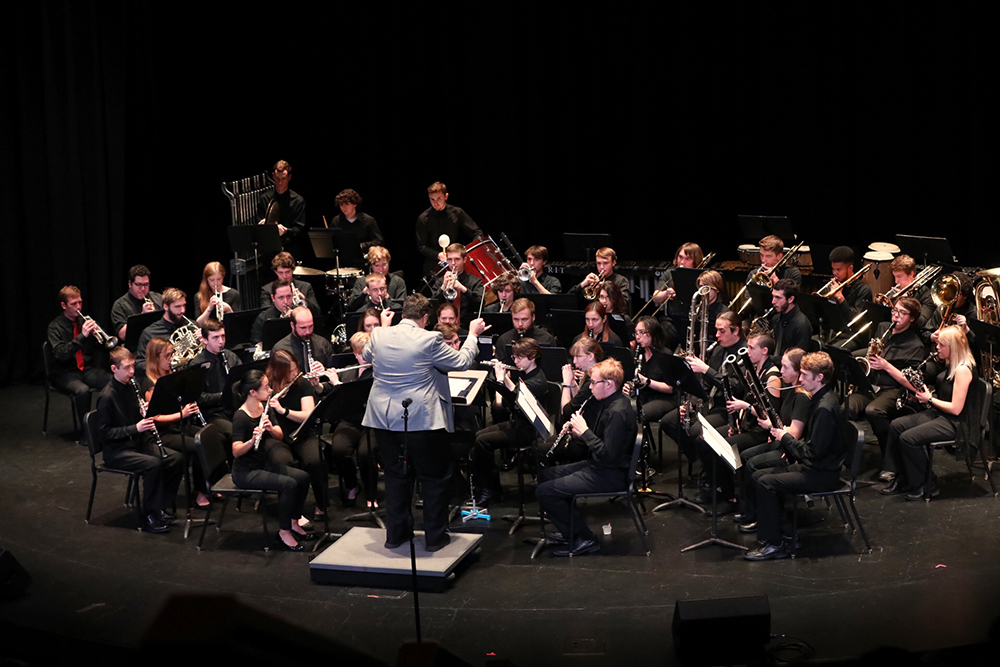 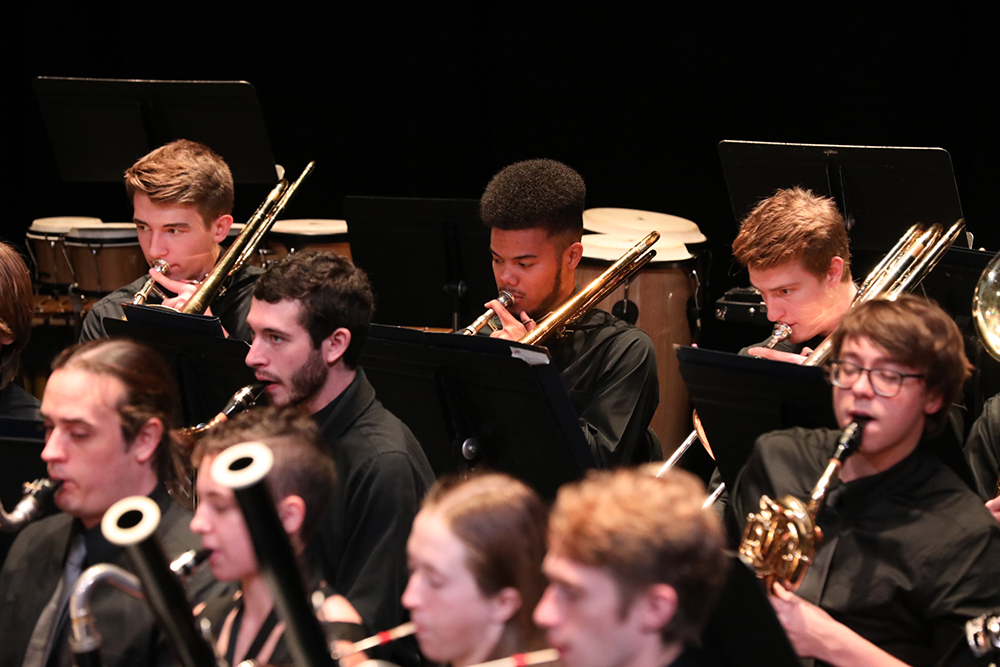